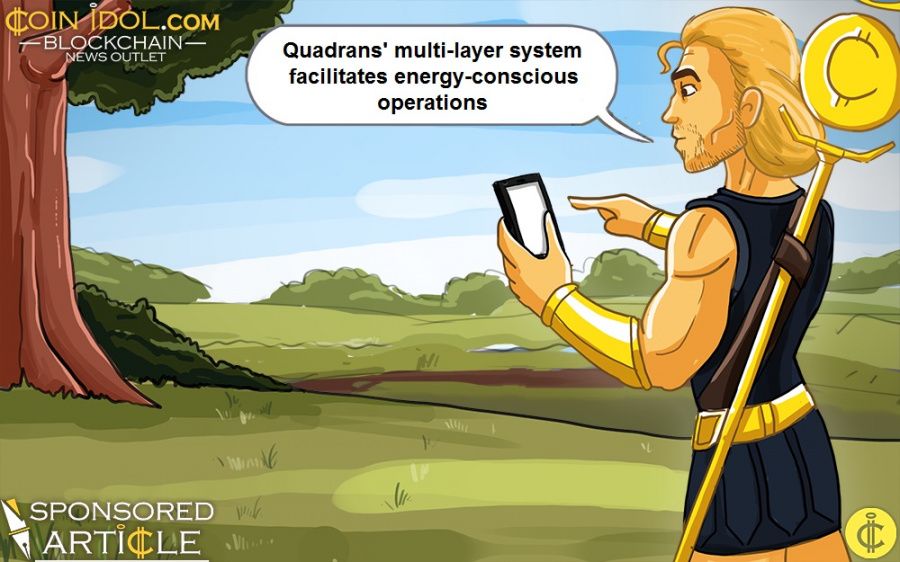 Quadrans: What is it?

With Quadrans blockchain, businesses, institutions and public organizations can operate more efficiently. Two cryptographic assets, QDT and QDC, are used to build the Quadrans Blockchain, which is designed as an infrastructure to create cross-border automatisms and improve the execution of processes and facilitate data management.

What makes it unique?

Combining QDT and QDC can minimize the economic impact of the system and ensure operational efficiency by enhancing reliability.

Quadrans Token (QDT). 600 Million QDT were generated and will be used for the following tasks:

The QDT tokens follow the Ethereum ERC20 standard. This was done to ensure QDT's security. A blockchain such as Ethereum, chosen for its reliability and wide adoption, hosts QDT.

Quadrans Coin (QDC). Smart Contracts primarily use QDC as a form of gas and ensure stability within the network. Quadrans allows users to transact instantly and record information onto the Quadrans blockchain.

Users can perform transactions at minimal operational costs all the time with Quadrans Coin due to its non-volatile nature. It's one of the features that discourage financial speculation and hoarding.

QDC can be obtained through mining and masternode activity in the Quadrans ecosystem. You can also earn it by participating in bounty programs or beta testing. Because QDC is native to Quadrans blockchain, it can be transferred by performing transactions between addresses.

By the way, Quadrans will be soon available for trading on the P2PB2B exchange. If you are interested in this project, you can join its community: