The President of China Has Shown His Support Towards Blockchain Tech 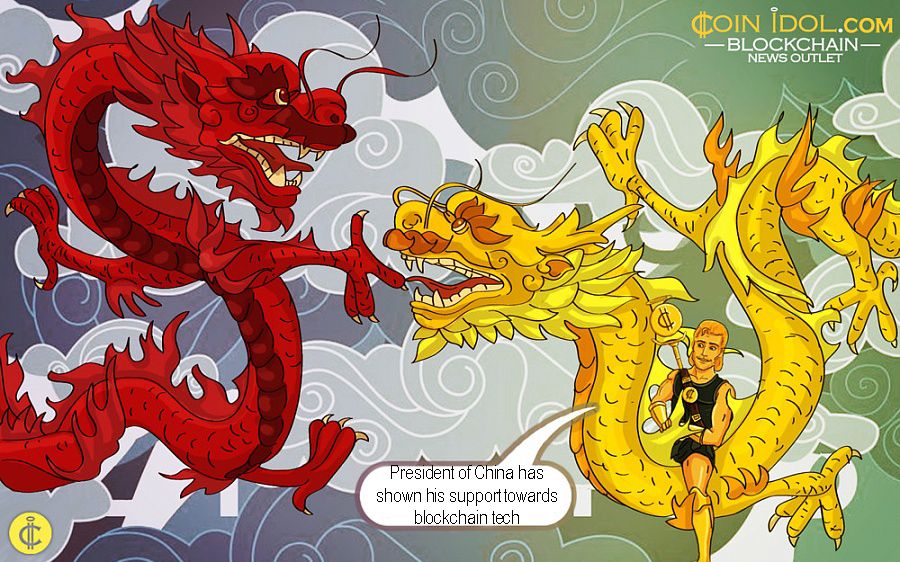 At an annual academic conference held by the Chinese Academy of Sciences on Monday, May 28, China’s President Xi Jinping said in a statement that the blockchain technology behind digital currencies is a major breakthrough in the development of the world’s financial market.

"Since entering the 21st century, global science and technological innovation have entered into an unprecedented period of intensive activity. A new round of scientific and industrial revolution is reconstructing the global innovation map and reshaping the global economic structure," he added.

The main emphasis of Xi’s speech was made on the necessity to turn China into the global hub specialized in fintech, science, and technological development. Given a high level of tense accompanying economic competition among world’s largest countries, there would be launched special high-quality labs to facilitate further exploration and development of blockchain technology, he mentioned during his speech.

However, the President gave no clear explanation on how blockchain would be implemented and used. His remark followed shortly after the country’s authorities had brought up the topic in a top-level official letter.

The Current State of the Country’s Crypto Market

It is worth mentioning, that China has successfully suspended bitcoin trading within its borders. Moreover, the government also prohibited crypto trading of new virtual coins using initial coin offerings (ICOs) last September. Nevertheless, the country is regarded as one of the largest financial technology centers in the world.

Given the fact there are some startups collaborating with the government, the State Council has already added blockchain technology to the country's 13th five-year economic development plan of an information technology reformation strategy.

Tags
Blockchain China Technology Support Development Market Finance Digital currency
Most Popular
May 13, 2021 at 15:37
News
Binance Coin Drops to Previous Range-Bound Zone, Unable to Sustain Above $700 High
May 13, 2021 at 14:57
News
Bitcoin Plunges below $50K Support Level as Bears Threaten to Short to $44K Low
May 13, 2021 at 14:03
News
The e-Commerce market is Vulnerable to Fraud and Merchants Are Unprepared to Prevent it
May 13, 2021 at 11:05
News
Giant Telecom Companies Turn to Blockchain to Speed up Technological Progress
May 12, 2021 at 15:03
News
Cardano Consolidates Below Recent High as Bulls Attempt to Breach $1.80 Resistance
More