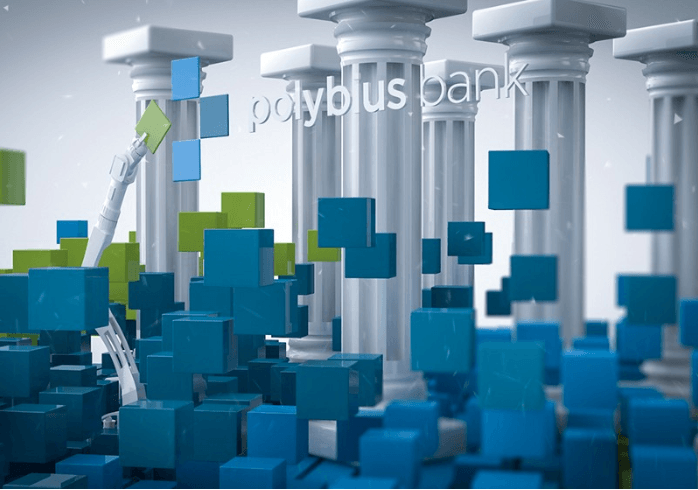 May 24, 2017, Tallinn, Estonia – The Estonia-based new-age Polybius cryptobank project has announced the exact dates for its upcoming crowdsale. The ICO is set to launch on May 31, 2017, offering an opportunity to interested investors and cryptocurrency enthusiasts to become part of the project by contributing towards its development. Through the project, Polybius aims to bring digital technology to the forefront of e-commerce, digital identification and finance, revolutionizing the efficiency of the payments’ market with widespread digitization.

The project intends to improve the financial operations by implementing the latest technologies including distributed ledgers, Internet of Things, Big Data and more. These digital solutions, as a part of the Polybius cryptobank project, will enable it to offer more services to the potential customers than any other commercial bank or payment institution. The project model also eliminates the need for a physical location and multitude of staff to provide payment and identity verification services to individuals and businesses.

The team behind Polybius cryptobank project believe that the traditional banking system is comparatively inefficient with too many overhead costs and little integration. They have identified the room for improvement in the conventional banking model. With the new cryptobank project, Polybius intends to provide a combination of traditional as well as new-age banking and eCommerce services to the customers. Edgar Bers, the official representative of Polybius Foundation, outlining the shortcomings of traditional banks said,

“As usual, the principal factor is the human factor. In modern banks, there are far too many people who are really surplus to requirements. The people who deal with verification and transactions. Managers and clerks who work in offices, helping clients with operations that could be done online. Analysts who manage clients’ assets, studying the market and doing the trading. Even the cleaners who have to tidy up a huge area in these offices and bank departments every day — all this makes up a heavy load of expenditure which can and should be avoided.”

Edgar went on to offer a solution to the ineffectual staffing of traditional banks,

“Even skilled work can now be done by robots instead: for example, one recently-developed gadget at JP Morgan can analyze financial documents in seconds, which would previously have required 360,000 hours of work per year from lawyers and Loan Managers.”

Polybius project opted to go with an ICO crowdfunding over a traditional fundraising campaign as they believe that additional funds and potential savings could be better invested by the team’s developers, directly into the project. Also, the smart contracts associated with the ICO and tokens create a permanent relationship between the platform and token holders. This relationship or a “digital commitment” can play a major role in promoting the platform’s growth.

The tokens allotted to the participants in Polybius crowdfunding will also act as a written commitment by the cryptobank project to pay a share of its profits in the form of dividends to its holders. The use of Ethereum blockchain to create the Polybius tokens adds additional security while making it easier for people to handle, store and manage the cryptotokens. As crowdfunding participants hold on to the tokens, 20% of the redistributable profits generated by the platform will be distributed proportionally among all token holders. The distribution will happen automatically at the end of each financial year.

Polybius has set a goal of up to $25 million, which it plans to raise through the ICO, starting May 31, 2017. The funds raised during the ICO will be utilized for the development and promotion of cryptobank project. The platform will be soon announcing more information about the upcoming ICO on its website, newsletter and social media channels.

Polybius Foundation aims to raise sufficient funds to support the establishment of its Polybius Project and to implement the new technologies required to exact significant change in the industry. The Polybius Foundation will issue and allocate Polybius Tokens (PLBT) through its Ethereum-based, smart-contract operated system. All funds raised from the ICO crowdsale will be invested towards the growth of the program.

Polybius is the source of this content. This press release is for informational purposes only and should not be viewed as an endorsement by CoinIdol. We take no responsibility and give no guarantees, warranties or representations, implied or otherwise, for the content or accuracy.  Readers should do their own research before investing funds in any company.