Polkadot Declines Sharply Above $19 as It Resumes Sideways Move 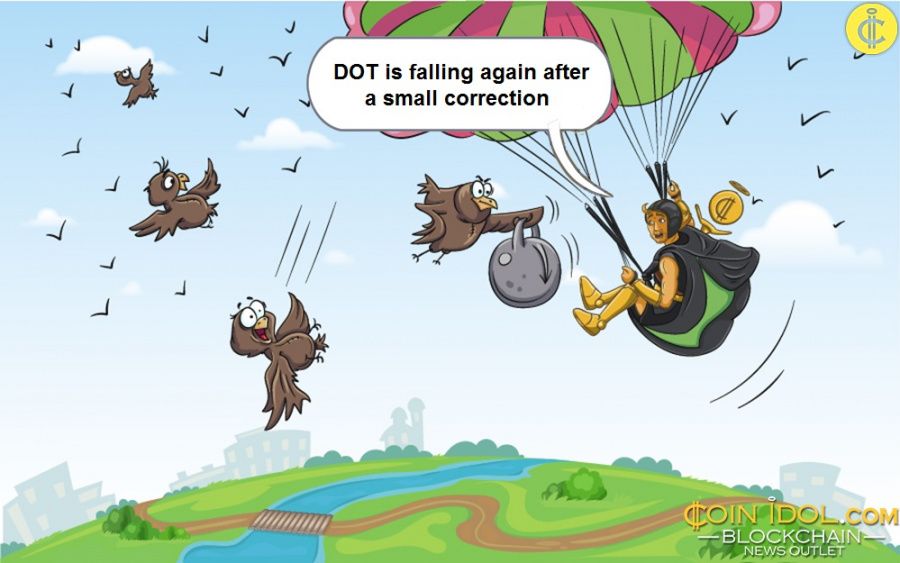 After strong resistance at the high of $23, the price of Polkadot (DOT) has fallen into the bearish trend zone. Over the last four days, buyers have been trying hard to break the recent high, but have been rejected.

The cryptocurrency fell to a low of $19.47 as bulls bought the dips. Today, DOT is falling again after a small correction, but is trading at $20.56 at the time of writing.

The DOT price has fallen to the 46 level of the Relative Strength Index for the period 14. The market has reached the downtrend zone and is below the centre line 50. The altcoin is capable of further downward movement. DOT price is between the moving averages, which indicate that the price will fluctuate in a range. The cryptocurrency is below the 25% range of the daily stochastic. Polkadot is in a bearish momentum. 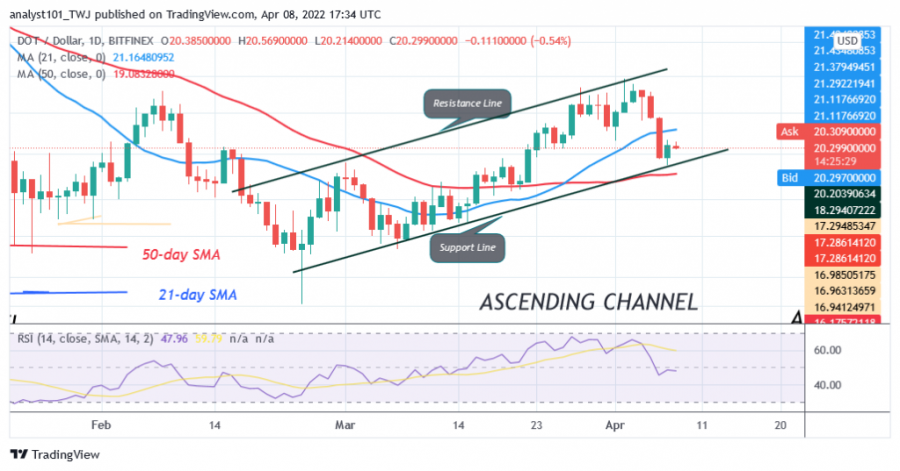 Polkadot is in a downward movement as the price has fallen below the moving averages. Meanwhile, on April 4, the downtrend has seen a retreating candlestick testing the 50% Fibonacci retracement level. The retracement suggests that DOT will fall to the 2.0 Fibonacci Extension level or $20. 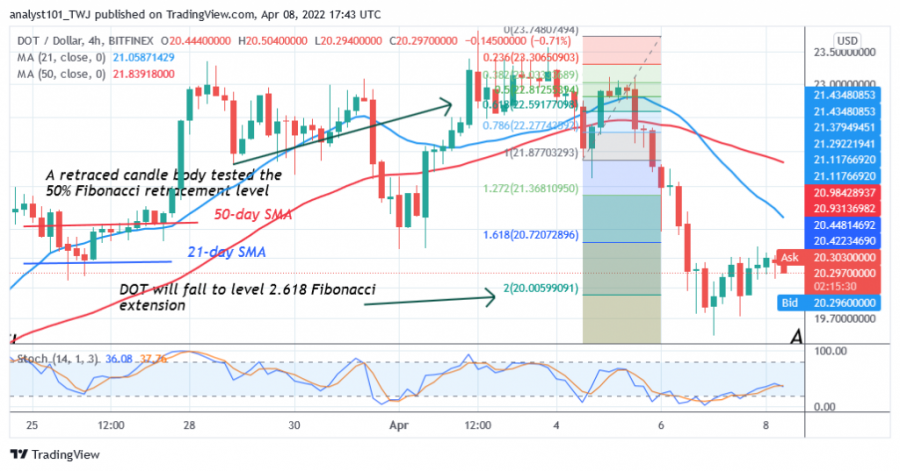