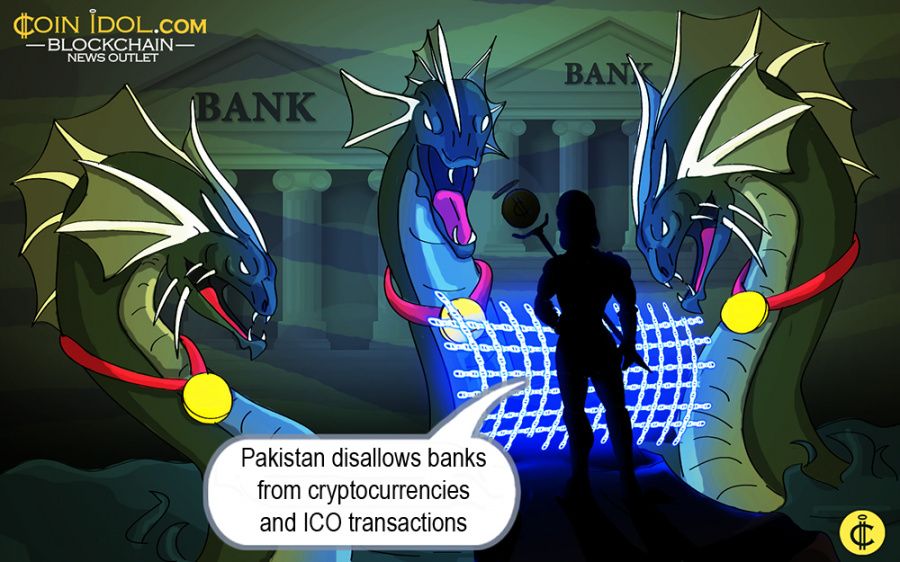 The State Bank of Pakistan on Friday advised the public that virtual currencies such as PayDiamond, DasCoin, Bitcoin, Litecoin contribute to high levels of illegal activities such as supporting terrorist groups,  theft, scams and fraud due to lack of regulations. Thus completely banning all the banking and other financial service providers from supporting and using virtual currency transactions and this came immediately after India's Central Bank slashing cryptocurrency prices on local exchanges throughout the whole country.

What will Happen to Individual Citizens After Failing to Comply?

Using its Twitter, State Bank of Pakistan (SBP) issued a serious caution regarding the risks of using virtual currencies in the economy to transact business and provide services where it advised the general public that both domestic and international payments and money transfer services are monitored, controlled and regulated by SBP under the applicable laws and failure to adhere will put an individual that tries to carry out any transaction outside Pakistan at risk of prosecution as per the applicable laws.

According to reports on November 1, 2016, the Federal Prosecutor Kathryn Haun of United States of America on how criminals use virtual currencies and how she catches them, the prosecution may be successful.

Haun said "criminals know how to cover their tracks," she uncovered what people termed as "the perfect criminals"  and they managed to enter into their trends and the pseudo of best cryptocurrency criminals. Haun, knows very well that some of these users like Bitcoin, Blockchain technology,  Onecoin are not aiming at committing crimes rather than transacting cash.

State of Pakistan Bank Advice to the General Public, Commercial and Microfinance Banks

The public as the main target was further advised to be very careful and hold back from carrying out any activity such as Bitcoin mining, exchanging, promoting, transferring values and investing of virtual currencies in order to stop the potential financial losses and legal implications.

For example, fraud prevention is very hard because it is very difficult to retrieve virtual currency that has been conned or stolen since there is no way to revert the transaction. One of the incidents that happened in mid-may last year where a large number of people were attacked using a malware program that locked their computers and demanded a very big sum of money to unlock in an act that was named WannaCry that allowed the hackers/developers to receive thousands of Bitcoin dollars which seems to be easy to use by criminals.

The account holders who wish to carry out any transactions that are similar to Initial Coin Offerings, Tokens and Cryptocurrencies should not be helped and facilitated since they are not recognised as legal tender.

What did India's Central Bank say when it banned the banks from processing cryptocurrency purchases on 5th April?

In the statement issued,  the central bank said that "Reserve Bank has repeatedly gave cautions to users, traders and holders of virtual currencies like Onecoin, Bitcoin on the risks that are associated with virtual currency dealings". Sellers and buyers will not be able to deposit and withdraw fiat currency as cryptocurrency which will force them to start using Peer-to-Peer trading platforms like LocalBitcoins and this has led disarray and emotional turmoil among investors since they consider these actions by banks as an overreach.

The Regulated financial institutions cannot provide services to all individuals and companies dealing with virtual currencies, coins and tokens.

Earlier in February,  India's minister of finance told legislators in New Delhi that the government had plans to undertake all necessary measures that can help in eliminating the use of all these crypto-assets in facilitating by financing most of the illegitimate activities.