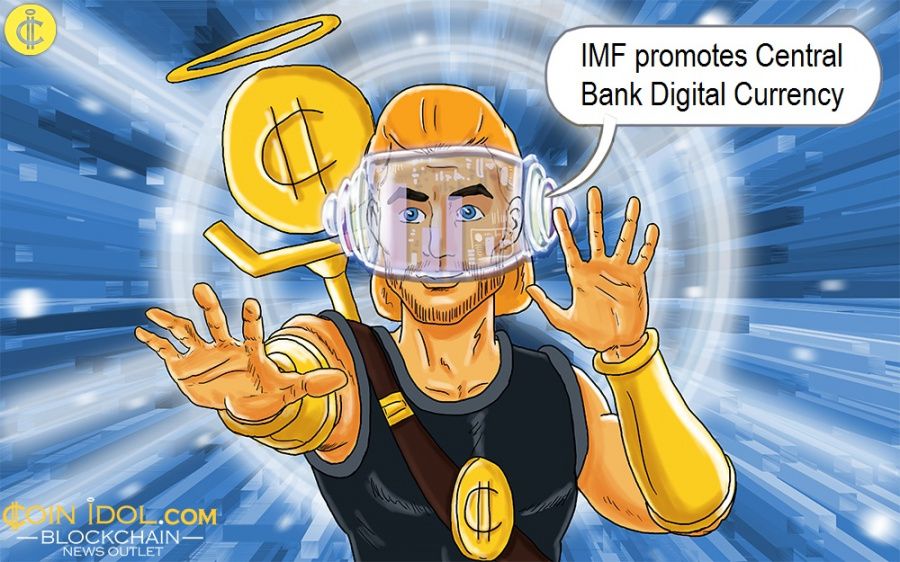 A bureaucrat at the International Monetary Fund (IMF), an organization working to strengthen worldwide financial cooperation, proposed a way for the central bank (CB) and private companies to jointly operate the CBDC.

Tommaso Mancini-Griffoli, the vice division chief in the Monetary and Capital Markets Dept. (MCMD) at IMF, emphasized the merits of ‘synthetic Central Bank Digital Currency (CBDC)’ operated through public-private cooperation, compared to the general CBDC in which the central banking institution is in charge of overall operations.

The synthetic CBDCs could offer users a trusted method of payment that concomitantly leverages some of the primary circumstances which puts the private sector in a superior business position.

The use of stablecoins is increasing significantly

The deputy director appealed via a YouTube program conducted by CEO of Circle Jeremy Allaire and held real-time discussions on topics like fully secured finance and token models.

Tommaso argued that the ‘synthetic CBDC’ secured by the CB and supported by private institutions could offer a steadfast method of payment that leveraged the competitiveness of the private section.

The abstract idea of synthetic CBDC proposed by Tommaso is a structure where licensed e-money providers store customer funds in CBs and pay debts to reserve banks. Stablecoins created and circulated by non-public firms are fully secured as reserve bank assets.

An official from the IMF explained that it is feasible for several non-public companies to compete effectively by creating and circulating digital money secured by the same CB debt. The CB will be able to focus on regulatory supervision and settlement.

Mancini-Griffoli asserted that the existing CBDC concept, in which the CB takes full responsibility for issuance and operation, can put significant expense and risk burdens on the CB and delay innovation. He thinks the CB could take responsibility for everything from CBDC design to issuance. But he realized that this would require high risk and cost.

The official expects CBDC, a public-private cooperation, to deliver all the strengths of the private sector, such as innovation and client support, and the CB’s strengths, including regulatory abidance and trust. The basic roles of CBDC can be delegated to the private section, reducing operational perils and expenses. A typical example is establishing a transaction window and verifying users.

As of now, many financial institutions are exploring the possibility to launch their own stablecoins. However, only a few of them actually have plans on launching CBDC, as coinidol.com, a global blockchain media, reported.

One of the famous CBDC projects is the digital yuan (DCEP) which has already been tested in different Chinese provinces. But the governor of the country’s federal reserve bank announced that there is no specific launch date for the currency. So it remains to be seen how the project will be actually deployed.

Meanwhile, federal reserve banks might increasingly turn to cooperation with private companies to increase the efficiency of their stablecoins. In fact, some financial regulators and central banking institutions might also open up the possibility of private entities’ participation in CBDC work.

Some central banks like the Bank of England (BoE) have been reflecting and considering involving private companies to take part in the issuance and circulation of CBDC. Recently, the BoE revealed that giant private firms could perhaps participate significantly in the issuing and circulating of the UK’s state-owned CBDC. Private entities could have an advantage of the CBs in providing their own financial solutions to people.

Also the Chinese government that has increased its pace to issue and circulate a reliable digital Yuan (DCEP) following the announcement by Facebook Libra project in 2019, plans to take advantage of and even leverage the knowledge and the potential of private companies like as Alibaba, Huawei, Tencent, Baidu and others.