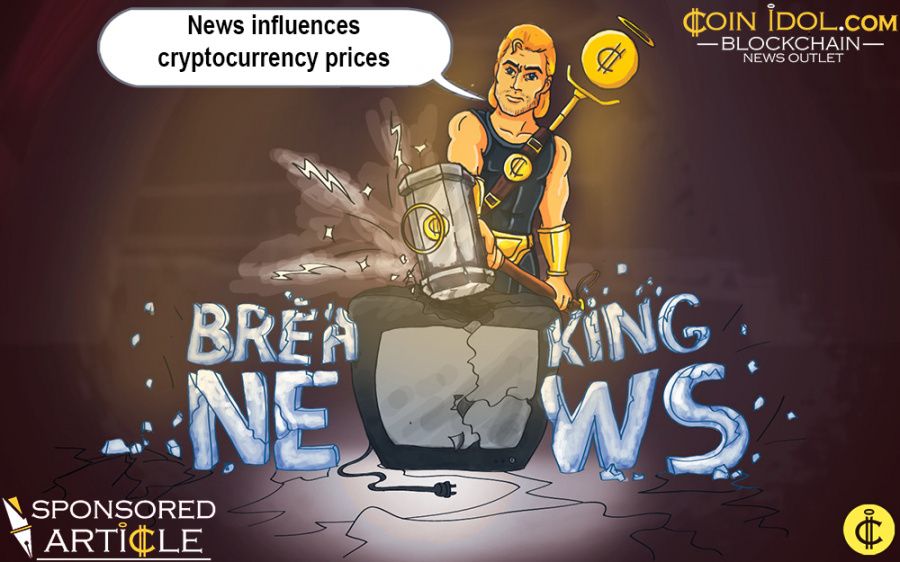 The influence of media channels on people’s everyday life has been growing since the day the first newsletter was sent. Centuries after the development of typography publishing, radio, TV and Internet follows this trend. Today, the role of media channels on the cryptocurrency market has grown to a new level.

One of the biggest scandals when media channels showed its biggest role was during 2016 presidential elections in the US. Some experts claim that the Russian government interfered election using social media like Facebook to boost the candidacy of Donald Trump to become a president of the US. Same tools can be used by large investors and banks on the cryptocurrency market.

While social media reached a peak in its popularity there are no doubts that the same methods can be used by financial players to influence the price of cryptocurrency. Mostly, cryptocurrencies are not regulated by any government or authority. Thus the price of the cryptocurrencies is often based on the trust of its users which makes cryptocurrency market especially sensitive to news that any other investment tool.

New or less popular coins do everything they can to reach the media hype and grow cryptocurrency popularity. Newcomming investments companies play on the downtrend to buy more tokens while pushing small investors out of the crypto market before they reach a new price volume.

The biggest surge of Bitcoin price in December 2017 was also influenced by the volume of “good news” translated by media worldwide. It was growing like a bubble, involving more and more new players investing in Bitcoin back in 2017. Unfortunately, not all of them were ready to the price corrections that is typical to cryptocurrency market. The “bad news” that appeared soon after slumped the Bitcoin price back in cryptocurrency winter.

Investors Must Stay Updated to Stay in Profit

Today, investors who want to stay profitable on the cryptocurrency market must follow all the news and be ready to understand the way bad or good news may influence the price of cryptocurrency.

Cryptocurrency news spying tools give one step ahead in knowing what's going on behind the scenes. It helps to learn exactly when and where you can make money online. The News Spy tool analyzes each news report carefully to ensure the highest quality content is delivered and its users stay on the top of the cryptocurrency trading race.

Tags
Cryptocurrency News Price Media Market Development Internet TV Radio Publishing
Most Popular
May 08, 2021 at 11:25
News
There is Fire in the Cryptocurrency Market As Dogecoin Could Be the Next Big Thing
May 08, 2021 at 10:26
News
Polkadot Attempts to Breach $40 Resistance, Lacks Buyers at Higher Price Levels
May 08, 2021 at 09:39
News
Ethereum Continues Its Bullish Run As It Attempts to Jump Over $3,750 High
May 07, 2021 at 12:43
News
Ripple Faces Stiff Resistance at $1.70 High as Bears Attempt to Sink XRP to $1.00 Low
May 07, 2021 at 10:39
News
Revolut Users Will Gain Stronger Control of Their Bitcoins with New Withdrawal Feature
More