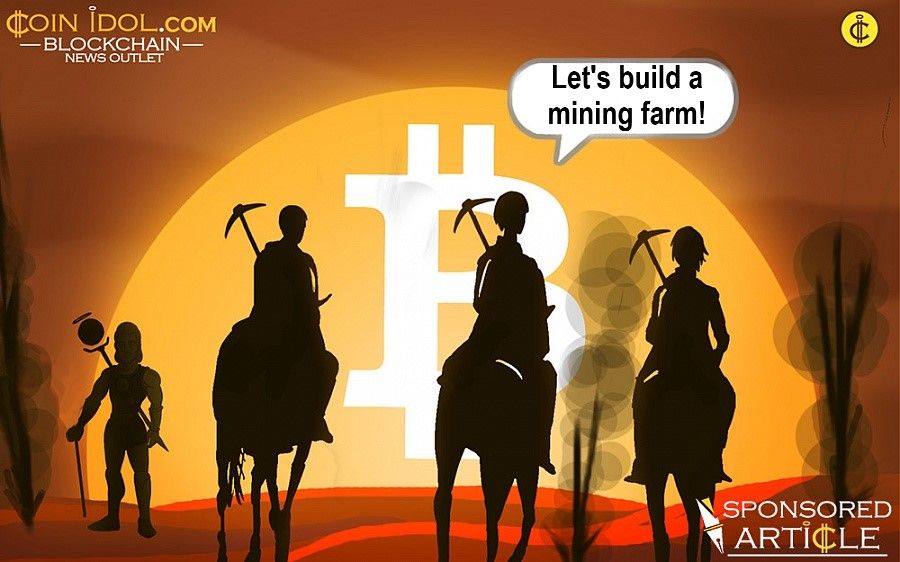 The hype around cryptocurrencies and mining is drawing people into that industry from all walks of life – business, trading, high tech and mass media. However, in order to truly understand the blockchain and mining which are, in essence, a pure form of maths, one has to be a professional mathematician.

Pavel Kuznetsov began his mathematician career as a research fellow at Keldysh Institute of Applied Mathematics. Eventually, to receive the knowledge required to start and run a business, Pavel has enrolled to and graduated from the Higher School of Corporate Management. His new knowledge and skills were put to good use in the first joint Russian-German computer manufacturing enterprise called IVOTECH. Another field that required Pavel’s mathematical and economical expertise was insurance. He was the head of medicine procurement department at JSC “MAKS Insurance company” where he developed his own medicine distribution program.

Obviously, the topic of cryptocurrencies and the blockchain technology appealed to Pavel, as a businessman and a mathematician, in a very special way. This resulted in his creating a mining farm assembled in July 2017 in Moscow, powered by 260 Nvidia 1080 Ti drawing a total of 120 kWh. The total investment of $300 000 has paid back in just four months, and now the farm rakes in around $35 000 of net profits every month.

However, Pavel has made a bigger commitment to solving the common issues facing stationary mining farms, namely:

In cooperation with a team of experts Pavel has conceived, created and launched the first ever TerraMiner mobile mining farm, from scratch.

Today the TerraMiner company is raising money for its second mobile mining farm worth $30mil. Such projects are usually available to large-scale investors and millionaires only, but the TerraMiner team has solved that issue as well. They are raising money through an ICO crowdfunding campaign selling tokens, each of them backed by 1Mh/sec of the future farm’s capacity. When the required amount is raised, the project buys hardware and begins building the farm. After such farm is launched, the mining revenue is split between the investors and founders 50/50, with the profits distributed according to their share in the farm’s capacity. Besides, the tokens are being traded on an exchange, and the company buys back the tokens for 10% of its monthly profits.

The first TerraMiner ICO has managed to raise over $747 000 worth of investments. The first batch of hardware bought for investors’ money is already running, and its live stats on Nicehash can be found in the following link:

The second batch of hardware is expected to arrive mid January and push the farm to its target hashpower output. However, its early investors who have more than tripled their investment, considering how the initial token price of $2.8 shot up to $10 per token on EtherDelta, a decentralized exchange.

The second ICO raising money for the second mining farm to be launched in April 2018 has managed to attract over $100 000 in just the first day. Pavel Kuznetsov’s concept has proven itself and investors from all over the world are rushing to take part in the project and begin receiving profits from mining with TerraMiner.

In contrast with widespread scam projects, TerraMiner is absolutely transparent, its YouTube channel regularly features livestreams from the farm, the head of the project and other team members never hide their faces and names; communication between over a total of 5 000 Telegram chat members and the project administration never stops, and takes place in multiple languages.

Pavel Kuznetsov’s project is promising to become one of the highest potential Russian ICO projects that back their claims with steady mining revenue that lasts.