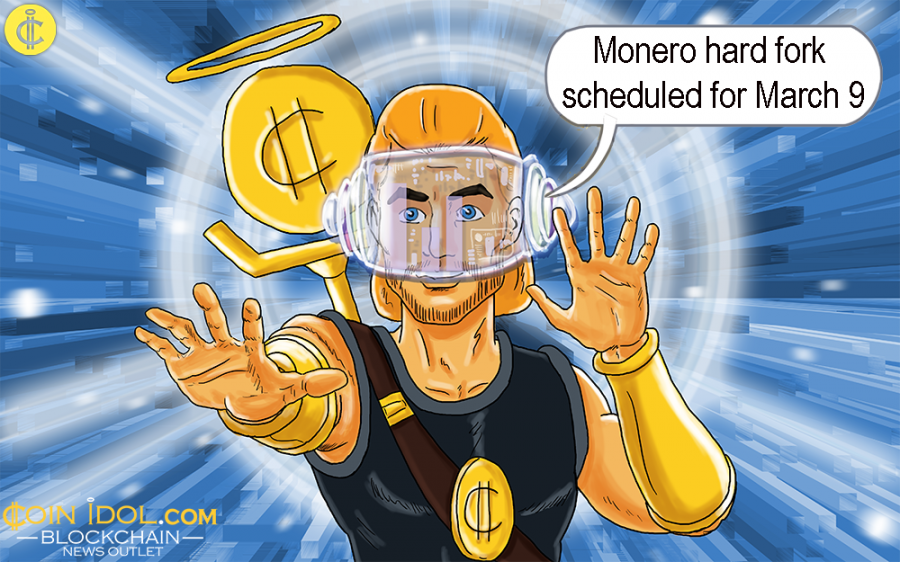 XMR developers, and the whole team at large, are ready and in high gear to fork their network on Saturday, March 9th 2019 in order to lower the effectiveness of ASICs (application-specific integrated circuits). The hard fork might cause a change to the Monero proof-of-work (PoW) algorithm and also lower the hash rate competences of ASIC miners by a significant factor of over 2.5.

The fork will take place at block height 1,788,000. It will see the upgrade causing significant changes to the network’s PoW algorithm by fine-tuning and adjusting the blocksize. The Monero developments will, in this case, activate the hard fork on the 0.13 branch.

The fork will eventually stall the efficiency of ASIC miners. According to Sech1, a Redditor, this new PoW algorithm will contribute to the reduction of the hash rate potentials of application-specific integrated circuits miners by an estimated factor greater than 2.5.

Once this is successfully accomplished, XMR investors will use the network without the increasing fear of ASICs producing double networks. In addition, there is another upcoming hard fork. It has been organized to occur in October this year.

Last month, as Coinidol reported, Monero was discovered to be the cryptocurrency with the biggest digital currency value that is mined maliciously – more than 4.3% of the aggregate mined supply. Cryptojacking is the main agent for XMR’s circulation supply.

Monero hopes to beat this by improving and upgrading the centralization facets of XMR miners who can be manipulated easily. The improvement is ready to enhance the relationship between Monero Core creators and its miners.

The blockchain and crypto industry is calling for developers to come out with a concrete way of eliminating the ASICs network and antics completely, and Monero seems to be responding positively on this call.

Monero tries to react to such kind of threats. In September 2018, Monero rolled out a malware response workgroup to handle the far-flung scam attacks particularly targeting the Monero ecosystem.