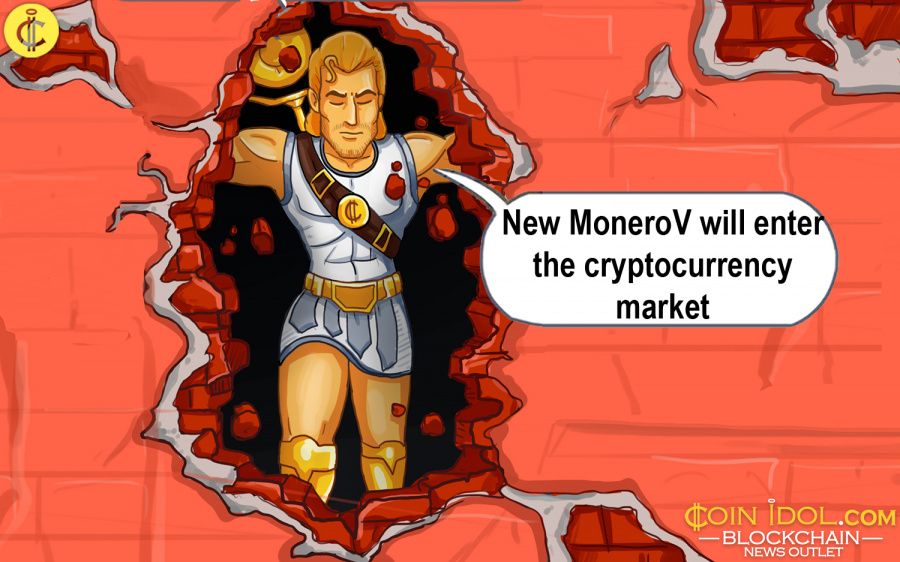 In the near future, a new hard fork, a part of Monero blockchain code, is going to be announced to the public. The actual birth of the new cryptocurrency called MoneroV will be held in block 1529810 on Wednesday, March 14. The digital currency will be launched with the highest limit of 256 million coins.

If you are a holder of $XMR at block 1529810, you will be automatically credited with 10x $XMV, extractable anytime in the future. There is no rush or time frame to claim your #MoneroV coins - there is no time limit!#blockchain #altcoin #altcoins #crypto

Monero is one of the top-10 cryptocurrencies, according to coinmarketcap, its hard fork MoneroV could possibly become a success, as the news concerning this occasion has spread worldwide. For people who want to be given the new coins, a Monero wallet is a necessary tool which provides access to a private key. The hard fork has already attracted a lot of attention from various investors and specialists in the field, who want to get Monero in their possession now in order to be awarded the virtual coins when they become available.

A Dig Into the Technological Side

MoneroV will have a limited emission of 256 million crypto coins, and each XMR holder will receive 10 new coins. However, only 158 million XMV will be released initially.

The frequency of generating blocks will be 120 seconds, and the recalculation of the complexity will be performed every time a new block is found. The reward for each operation will be about 6 XMV, while the total emission can reach 184.4 million.

It is interesting to note, that developers, aspiring to ensure a high level of anonymity, have installed ring signatures and stealth-addresses based on the Diffie-Hellman protocol.

What is Up with the Wallet?

Currently, no cryptocurrency exchange has announced its intention to add the new fintech MoneroV to its listings, so Monero holders should use e-currency wallets with a private key to receive new coins. The developers promised to publish detailed instructions for the safe storage of XMV in the wallets Monero GUI, MyMonero and Monero RPC.

However, one of the partners of MyMonero, Paul Shapiro, denied information that the wallet will support the fork of MoneroV. He warned users about the risks associated with the use of private keys on the MoneroV blockchain. Furthermore, he stressed the fact that the members of the new fork team have not disclosed their personalities yet.