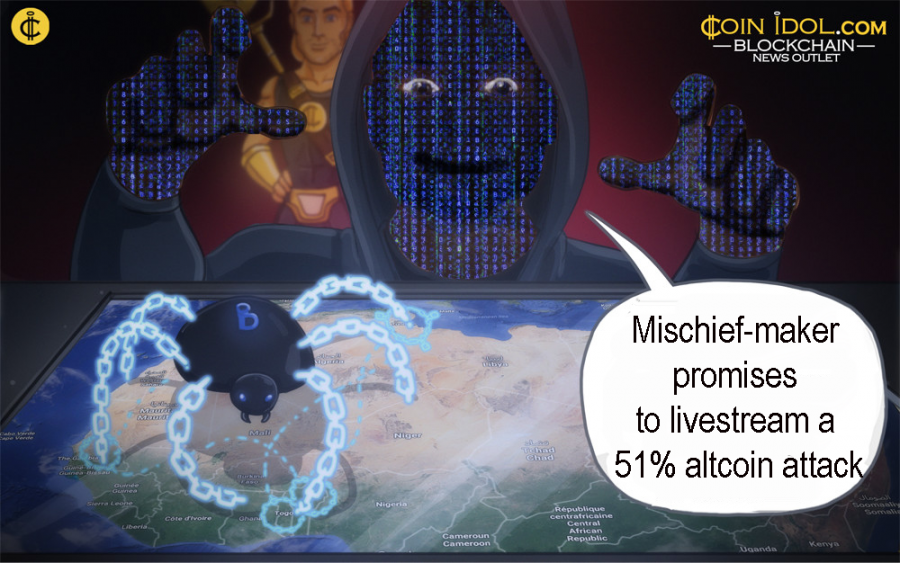 The unknown attacker has promised to gain majority hashrate control of an altcoin to show how smooth the process is. They have given decent warning of the attack but promised to live stream the whole event on October 13, 2018, 3:00 CDT.

51% attacks, in which a malicious attacker assumes majority control of a digital currency's hashrate to greatly increase his chance of falsely double spending transactions, have largely been a frequently recurring theme this year. In a period of 90 days, a number of Altcoins were 51% attacked. Again, einsteinium (EMC2), a scrypt-based coin, is now the center of attention after being selected for an attack.

The Reasons for Doing This

The attacker in charge, functioning under the handle of "piracy1", has released exceptionally exact details as to how and when the attack will take place. The reasons given are to: "1. Show how smooth these attacks are for anybody to do. 2. Collectively teach the public about the nuts and bolts of these attacks and noumenon mitigations." For all those parties that are interested, a livestream link has been given, with the event set to take place on Sat Oct 13, 2018, 4 am EST.

In singling out EMC2, the wannabe attacker could barely have selected an easier and smoother target. The altcoin is among the worst performers of 2018, down 97% from its all-time high. The rewards in monetary terms to be got from 51% attacking a coin are more probably to be negligible. But the attack is liable to cost piracy1 money in renting the key hashrate to finish their assault.

This laughable figure shows a true picture of owning a hashrate altcoin.

As per crypto51.app, scrypt-based alts may be easily attacked using rented hashpower for 60 minutes for $22 in the matter of florincoin. If at all EMC2 attacker become successful on their promise, they won't have demonstrated anything which wasn't already known.