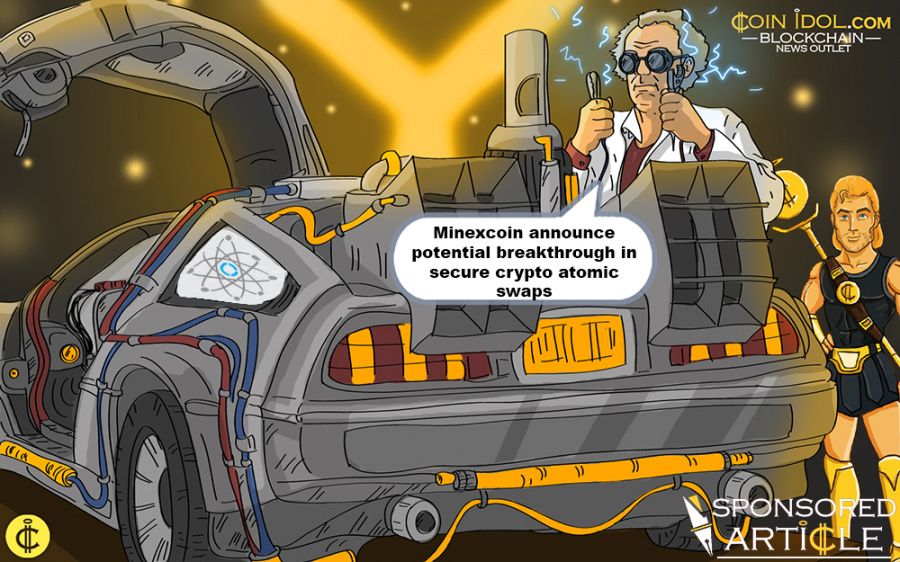 The new payment system platform offered by Minexcoin (MNX)  is potentially paving the way for a change in the future of atomic swaps. Based in Ukraine, Minexcoin is a payment system based on low-volatility cryptocurrency exchanges. They have recently announced a successful atomic swap test between MNX and BTC blockchains, suggesting the foreseeable future holds the potential of the launching of a decentralized, fee-free exchange.

This then could become the foundations for developing a trustless exchange. There are however many challenges that the MNX developers must overcome before this stage of technological development is reached.

Atomic Swaps have recently gained huge traction, quickly becoming one of the most interesting progressions in the field of blockchain technology. Although there have been several successful transactions recorded between cryptocurrencies, the majority of atomic swap protocols are achieved through ‘test-nets’. This involves using difficult, time-consuming methods not accessible to the standard crypto user.

Minexcoin's lead blockchain developer Roman Hulenko was recently questioned on how he perceives the future of atomic swaps. He noted the challenges ahead in adopting Atomic Swaps across the platform, acknowledging that the recent successful Atomic swaps were conducted in  ideal, Incubator conditions. This means that as of yet there is a lack of full security guarantee for the swaps. Roman hopes to minimize the dangers associated with unsecured attempts of Atomic Swaps before launching cross-chain trading in the blockchain. Although Minexcoin has already developed a solution that will significantly narrow the risk window by implementing a fixed safe zone for users, there is still progress to be made expanding this secure window.

Just last month MNX achieved their own successful Atomic Test, allowing the development team to progress onto their mission of recording the first cross-chain exchange between MNX and BTC. Upon achievement, MNX will release the results on Github for the community to see.

Roman also announced he has hopes that MNX will soon reach the stage in development that allows them to release the fully working protocol. This will give crypto users the opportunity to test Atomic Swaps with their own assets.

The first pair of currencies twinned for the Atomic Swap are MNX and BTC, with the pairings of Litecoin and Zcash set for the near future. Minexcoin Atomic Swaps offer a self GUI that will make the process far easier than the current, and more complex console solutions used for Atomic Swaps programming.

This system will hugely benefit all users who are less familiar with programming in general. The protocol for users taking part in an in an Atomic Swap is as follows: 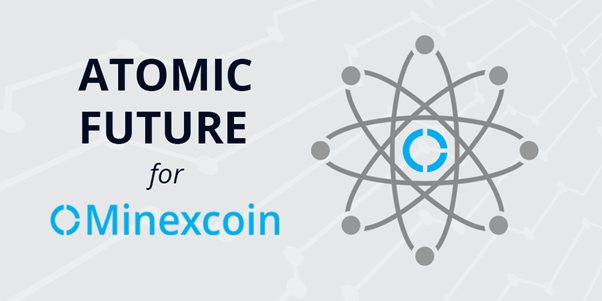 The Minexcoin team have outlined their commitment to developing a fully decentralized exchange, but they have reached multiple challenges in this development process. The existing protocol that enables Atomic Swaps, allows users to facilitate exchange processes and removes the fees for exchange. Initially, the MNX Atomic Swaps will be a free exchange service, while the team analyze the industry demand, user cases behavior, and need for modification.

The two largest problems associated with a fully decentralized exchange are the Atomic Protocol and Atomic-Hype. The trading exchange algorithms will require a more advanced Atomic Protocol, the development of which will be secured after the implementation and finalization of the light-exchanger. In pursuit of instant success in terms of Atomic-Hype, some companies are guilty of a definition switching. What is commonly termed a “decentralized exchange” due to Atomic Swaps is, in fact, a “centralized trustless solution”, free of third parties?

While the MNX team are attempting to develop a full decentralization system, this is an objective that requires far more innovation. They have invited individuals from the crypto-community to test the First Trustless Exchange, to gauge how close they have become in resolving these issues.

The Technology Behind Atomic Swaps

Atomic swaps are also sometimes referred to as atomic cross-chain trading. It is the process of exchanging one form of cryptocurrency into another, without the need for a third party to enable the transaction. Atomic swaps allow different blockchain technologies to connect, completely changing the way users can transact with each other. If the development of the technology is successfully completed, it holds the potential to eliminate the need for exchange platforms and with it paid commissions, withdrawals, and restrictions.