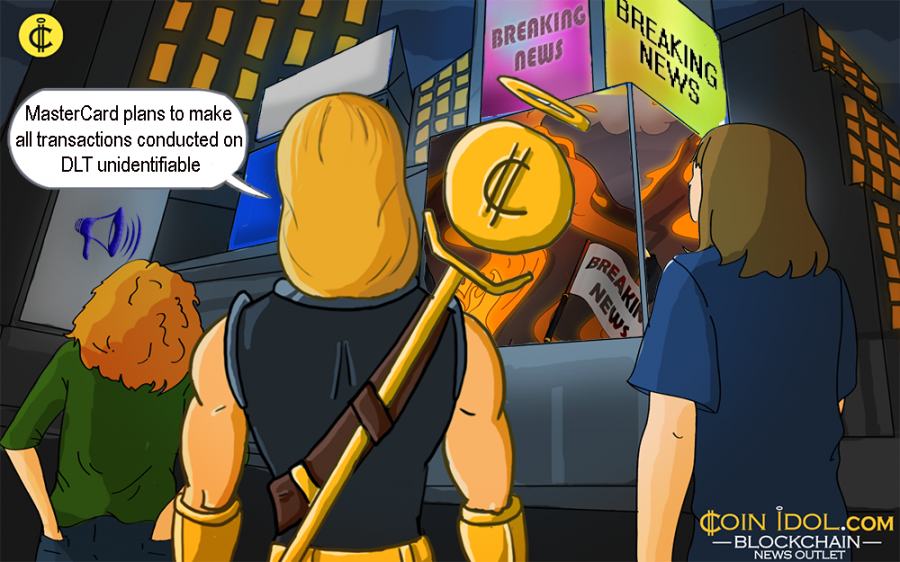 There is a common misconception among foreigners to the crypto ecosystem that the criminals use blockchain technology because of the privacy feature it grants them. Though this seems not completely right. Several public blockchain technologies are highly fictitious and imaginary and anyone could with ease see another person’s transaction chronicle on the distribution ledger technology (DLT).

If in any way they can properly relate transactions to a person in a real manner, then they can reveal the individual’s transactions. However, there are other cryptos which have been created largely aiming at privacy like Monero and Zcash. But this could be changing if the patent application by MasterCard is quickly implemented and highly adopted by people in the industry.

The patent notes that users can be known and identified in that manner, elaborating:

“For instance, such data may, as it is accumulated and analysed, eventually reveal the user behind a wallet or at least provide information about them … However, the existing communications and attribution structure of blockchain technology such as bitcoin require identification of where the transactions are emanating and terminating, in order to maintain the ledger.”

MasterCard believes it will raise the anonymity of all parties associated with DLT addresses. The manner suggested is able to hide both the user controlling the DLT addresses and transactions carried out.

The proposed way would show the individual only transferring money to and from a few addresses involved in bulk transaction volumes with different users, hence rendering the information innocuous and harmless. The customers have the option to anonymize the transaction volumes via the application of several transfers using many addresses.

As several digital currencies like Bitcoin (BTC), Ethereum (ETH) and Ripple (XRP) are gaining large adoption, several traditional kingpins and big-cheeses are worried particularly by corporations in the financial sector. Bullish firms like MasterCard have jumped on the crypto bandwagon and developed applications for clients than becoming antiquated because of the rapid change of financial movements.

Earlier in 2018, MasterCard filed another patent that proposed a way of connecting cryptocurrency-based assets with traditional currencies. These are signals that digital currencies are doing well, which paints a good picture for DLT and other prevalent industry should pay much attention or else, risk failing in business.