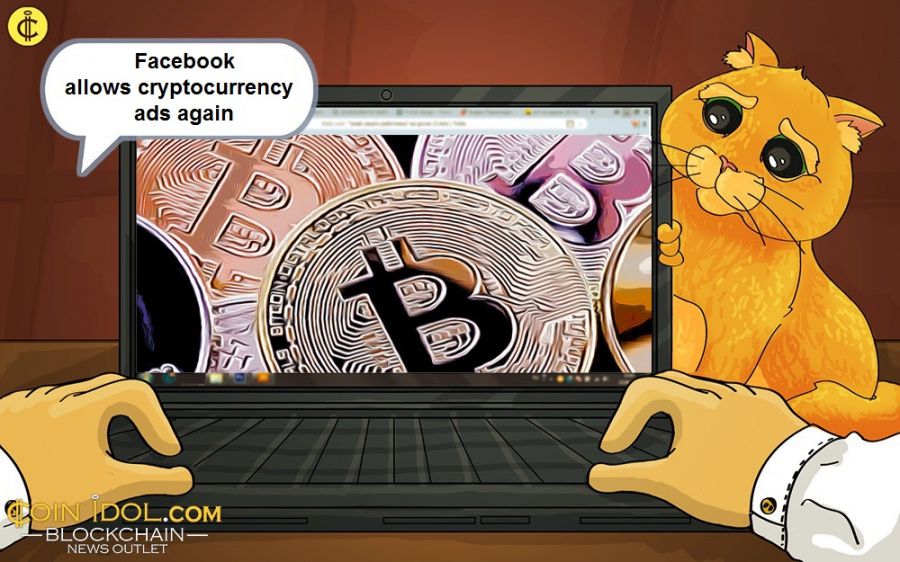 Meta, formerly known as Facebook, was notorious for its somewhat hostile attitude towards cryptocurrencies when it banned cryptocurrency ads. However, the company recently announced that it is rolling back the ban and allowing more crypto ads on its social media platform.

The Facebook parent company's recent move to allow cryptocurrency ads is largely due to the new path the company has taken with the creation of Metaverse. The company says that Metaverse would become a next-generation online 3D virtual reality business environment.

However, that does not mean cryptocurrency ads will not be controlled. Advertisers still need written permission to run ads on Facebook. On the other hand, Meta's director of cryptocurrencies, David Marcus, recently announced his resignation from the company in a tweet. It is unclear if the new direction was triggered by his resignation from the company.

Personal news: after a fulfilling seven years at Meta, I’ve made the difficult decision to step down and leave the company at the end of this year. (1/7)

Heading into the future

In the meantime, Meta is busy developing its rather ambitious Metaverse project, which will be based on cryptocurrency and virtual reality. However, the company still has little practical progress to show, although the company's CEO, Mark Zuckerberg, is betting the future of the social networking giant on the Metaverse.

Meta is reportedly working on another cryptocurrency project called Diem. The company hopes that Diem will become the currency of choice on its social media platform. According to another report, the company is developing its own wallet for the Diem cryptocurrency.

The recent change in cryptocurrency guidelines is good news for the cryptocurrency industry as its legitimate players have a chance to profit from Facebook's 3 billion users around the world.