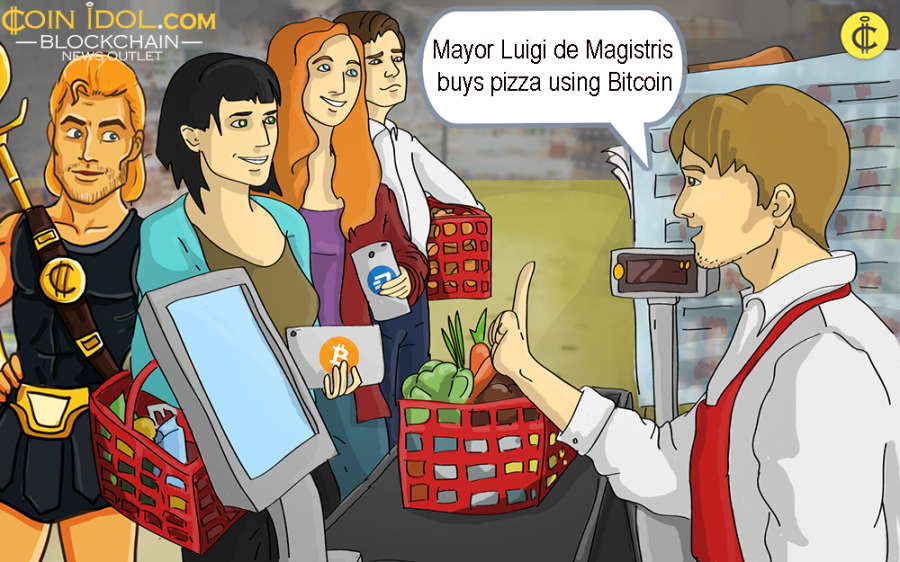 Mayor Luigi De Magistris used Bitcoin (BTC) to purchase a pizza at the historic Neapolitan Pizzeria during the Blockchain Napoli project presentation that occurred on December 15, 2018, according to a recent Cryptonomist report.

Castel dell’Ovo – Napoli, saw several associations and key commercial real estates of the city such as a big presence of the university professors, historic Neapolitan pizzerias, several experts plus serious students engaging in the project.

The Mayor revealed that the City of Napoli plans to handle some of the problems that are being faced using blockchain technology-based project(s).

The deputy Mayor of Napoli, Enrico Panini, also said that the main aim of Napoli is to be the first city in the country to give itself a blockchain tech-based institutional project, and he is optimistic this tool will be of great importance to the nation.

Vincenzo Schiavo, the president of Confesercenti, ratified that the Blockchain Napoli project allures the massive interests of several actors.

The experimental crypto of the City of Napoli shall be dubbed ‘TTS’ which will have to be only adopted in the first phase, and it will be later replaced by the crypto of the city of Napoli. TTs will work as a first approach and will help in determining the reaction of the nationals.

The TTS will more likely be received from the municipality and the TTS coins will carry a value of one euro. The chart below indicates how nationals will be receiving their TTS tokens.