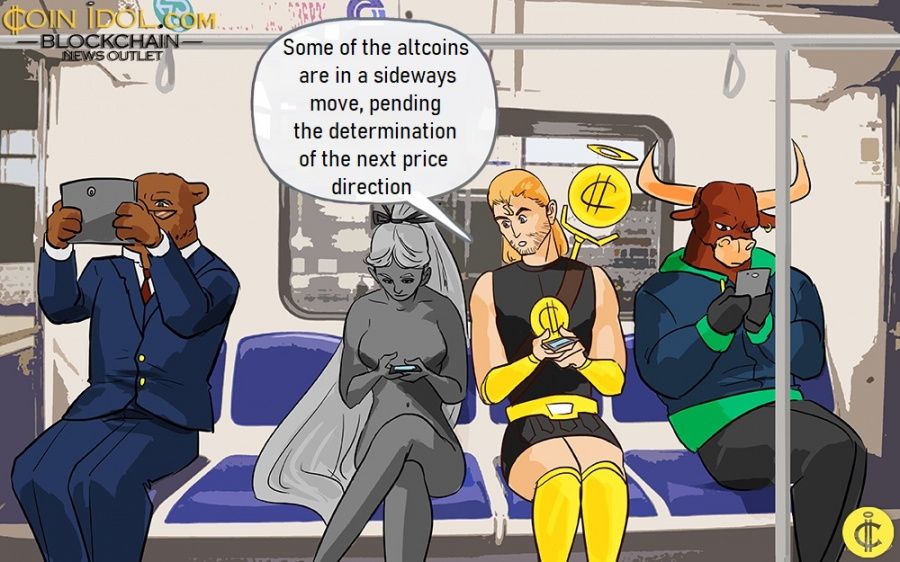 The altcoin under review were making an impressive move in previous weeks. However, as most of the coins reach their major resistance levels, the various coins dropped in price valuation. Some of the coins are in a sideways move, pending the determination of the next price direction.

EOS has been stagnant in price movement since November 3. The coin is fluctuating between $3.35 and $3.68. In November, the bulls made an attempt at the $3.70 resistance but were repelled. The selling pressure has made the coin to fluctuate in the current price range. Nevertheless, if the $3.35 support cracks, the coin will drop either to $3.0 or $3.2 price level. On the other hand, if the bulls retest the $3.70 price level and break it, EOS will move up to $4 price level. 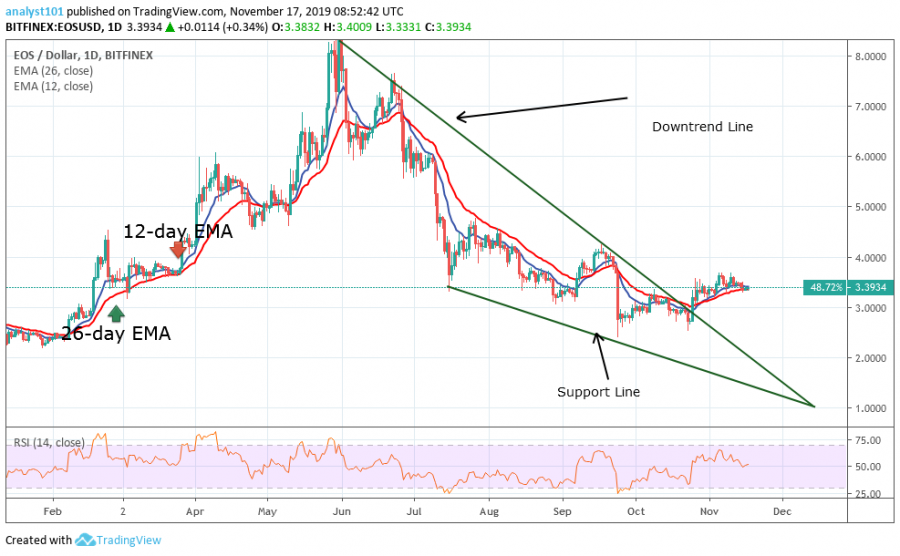 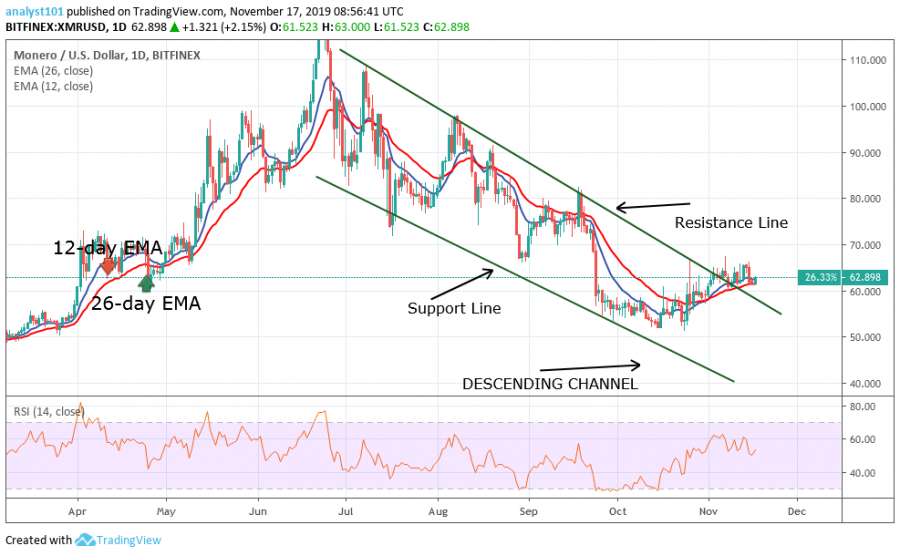 Zcash is consolidating at the bottom of the chart after the last bearish impulse in September. The pair is in a tight between the levels of $30 and $40. The market is in a tight consolidation as the EMAs are horizontally flat. The Fibonacci tool has indicated that Zcash will fall and reverse at the 1.272 extension level. From the price action, the market is neither under bull nor bear control. 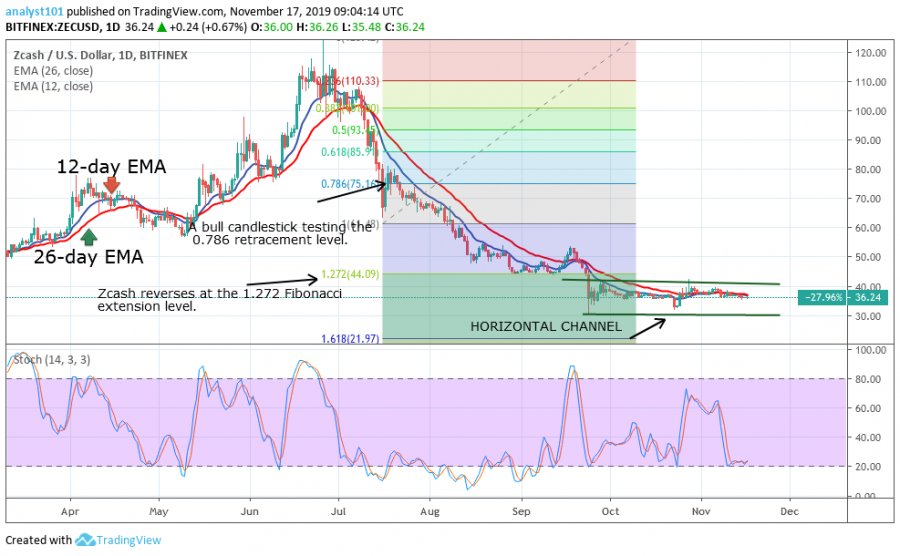 The HOT/USD pair is currently at the $0.0041price level. The pair is fluctuating between $0.0041 and $0.01. The bulls had made concerted efforts to break the resistance at $0.01 but were repelled. The resistance was the previous support in October 2018. The market is making an upward move to retest the resistance level. 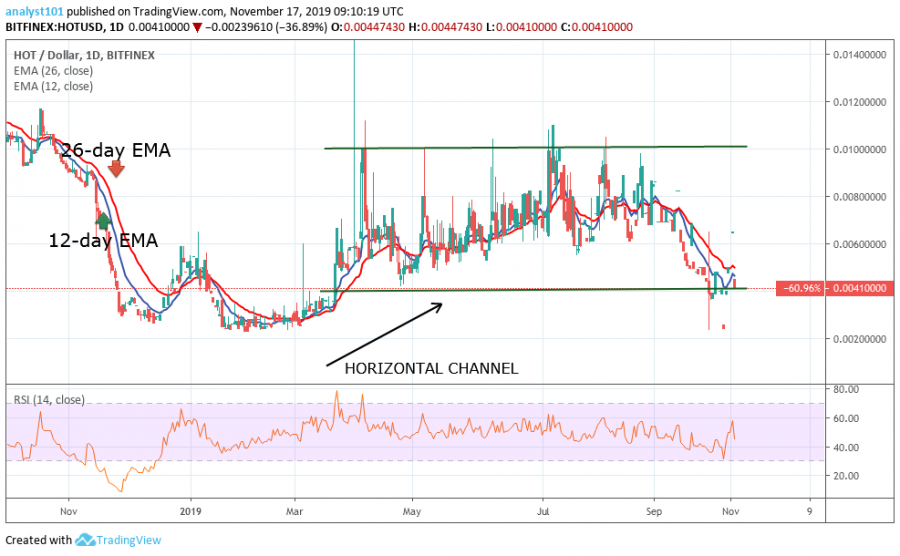 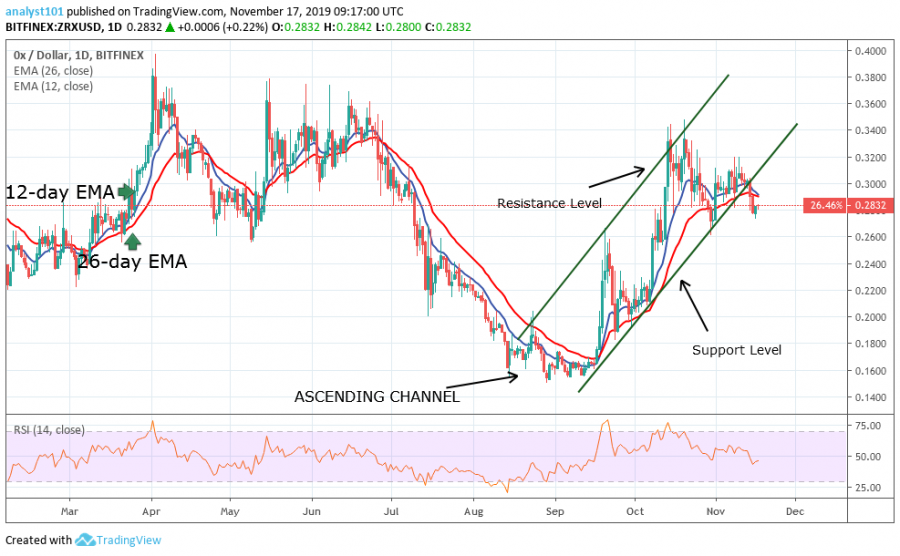