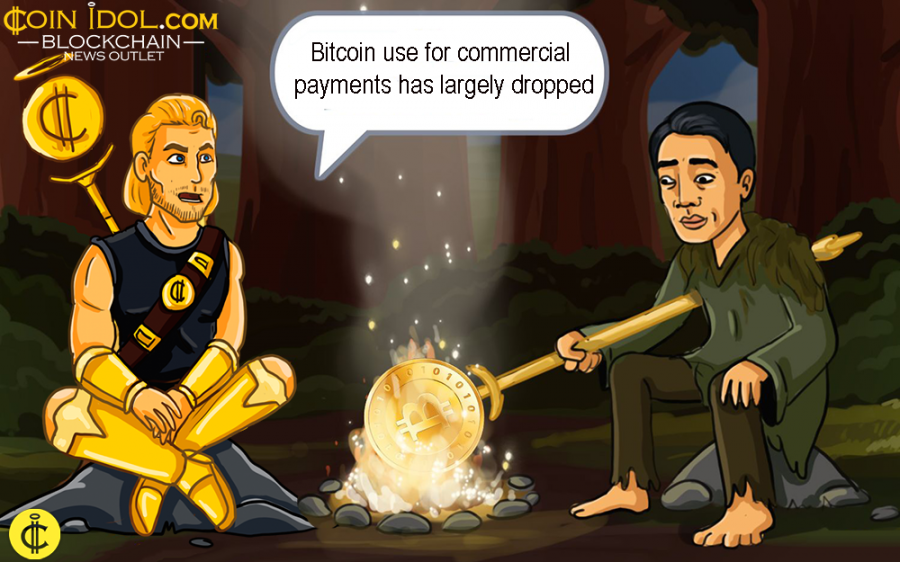 Bitcoin use for commercial payments has largely dropped in 2018, according to a study conducted by Chainalysis as cited by Reuters.

The diagnosis of each payment processors figures supposedly reveals a downward trajectory. At Canadian company Coinpayments, the BTC value of transactions has dropped by nearly 3/4 between January and October this year, according to the Reuters reports, referencing data from OXT, a blockchain technology analysis site.

The Global director of fintech strategy at research company Autonomous Next, Lex Sokolin, revealed that "BTC payments processing is facing a slow but stable fall."

Exhaustive data on the flagship crypto applied for payments is supposedly inconsistent since trades with the rest of cryptos are usually included together with its application largely for commercial payments.

Even though Chainalysis notes an increasing stability of BTC, the BTC value of payments purportedly declined from $427 million last year in December to $96 million in the month of September this year.

Experts believe that Bitcoin's comparative stability in 2018 will lead to the conventional deployment of it as a method of payment by both commercial organizations and people, but other financial companies and digital currency entrepreneurs believe that stability alone isn't enough.

A strategist at London-based financial company UBS, Joni Teves, revealed that BTC needs to be quicker and cheaper and that the creation of decent rules on an asset would help provide customers with a sense of legitimacy.

Some bullish firms that recently accepted Bitcoin have moved away from the crypto as a means of payment. In January 2018, Microsoft proclaimed that after around 36 months it would cease accepting Bitcoin. However, it retained that stance after considering its own procedure to make sure that fewer quantities of BTC would be redeemable by users.

Steam, the gaming platform also ceased accepting Bitcoin payments last year in December, a year or so after it started accepting BTC when the crypto was changing hands at almost $450. Because of the major concerns over fluctuations and high regulatory uncertainty, the participants in the industry also cite the challenge of increasing transaction fees and slow or moderate transactions speeds as hindrances to vast adoption.