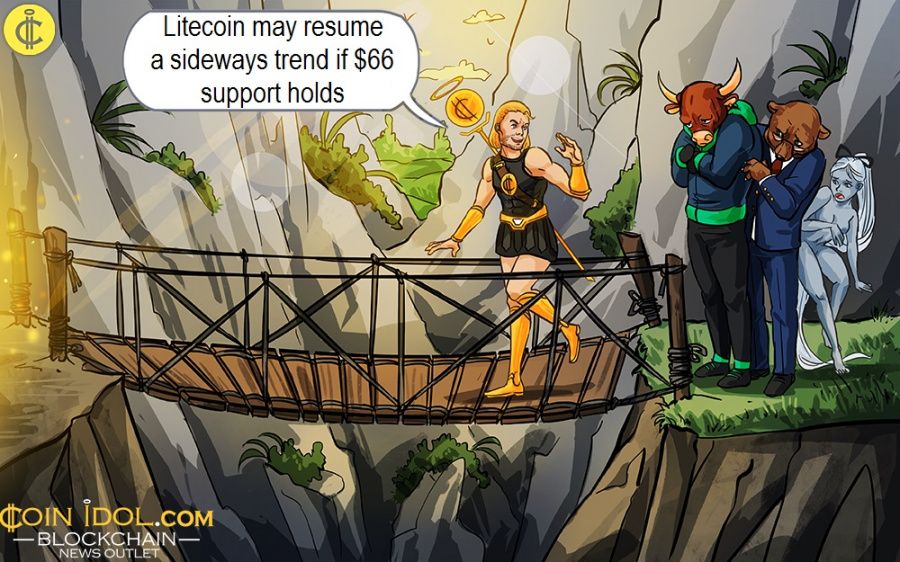 Litecoin’s price may reach a low of $66. Litecoin (LTC) may resume a sideways trend if $66 support holds

Litecoin is now in a downward move as bulls fail to push LTC above the $80 resistance. The bulls made two unsuccessful attempts on February 12 and February 14. In the first attempt, the price rose to a high of $82 and dropped to a low of $80. In the second trial, the bulls were repelled and the price fell to a low of $77.50. Nonetheless, all these processes led to the formation of a bearish double top pattern.

A bearish double top pattern indicates that the previous trend has been reversed and selling will resume. LTC has fallen to a low of $68. It may retrace and find support at the $66 support level. Nevertheless, as the selling pressure is waning down, the bulls may defend the $66 support level. A rebound at the support of $66 will propel the bulls to retest the $80 price level.

Litecoin has been in the overbought region since January 29. The current downward move was because XRP has been overbought and buyers were unavailable to push LTC upward. As LTC drops to $71, the RSI fell to level 52. This indicates that the pair is in the uptrend zone and the price is above the centerline 50. Incidentally, LTC will rise to resume the upward movement. 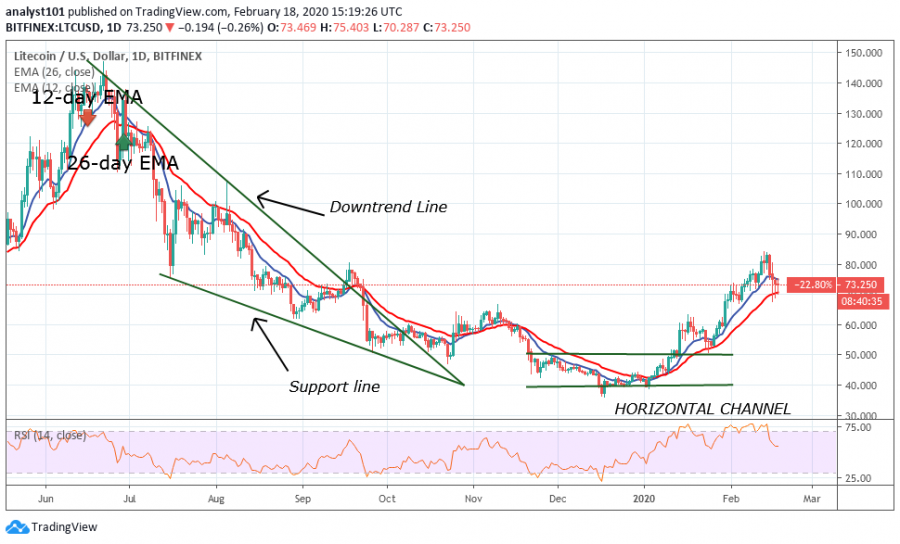 Litecoin is still in the uptrend zone. It is unclear if the downward move will continue below the EMAs. A break below the EMAs will create further selling pressure on the coin. However, the uptrend is ongoing as long as the price is above the EMAs.

Tags
Price Support Litecoin Coinidol Analytics Forecast Investing Research
Most Popular
May 02, 2021 at 11:54
News
South Korea Announces Testing of CBDC Right After Imposing a New Tax Framework; Is It a Coincidence?
May 02, 2021 at 10:36
News
Chainlink Breaks Initial Resistance at $38, Eyes $44 Overhead Resistance
May 02, 2021 at 09:14
News
Uniswap in Minor Retracement, Set for More Upside Momentum
May 01, 2021 at 12:54
News
Russia is Going to Establish a Special Department for Exploring Artificial Intelligence
May 01, 2021 at 11:58
News
Dogecoin Price Pushes To The Upside; Can Bulls Breach The $0.45 Resistance Zone?
More