Litecoin Turns Down at $62 Overhead Resistance 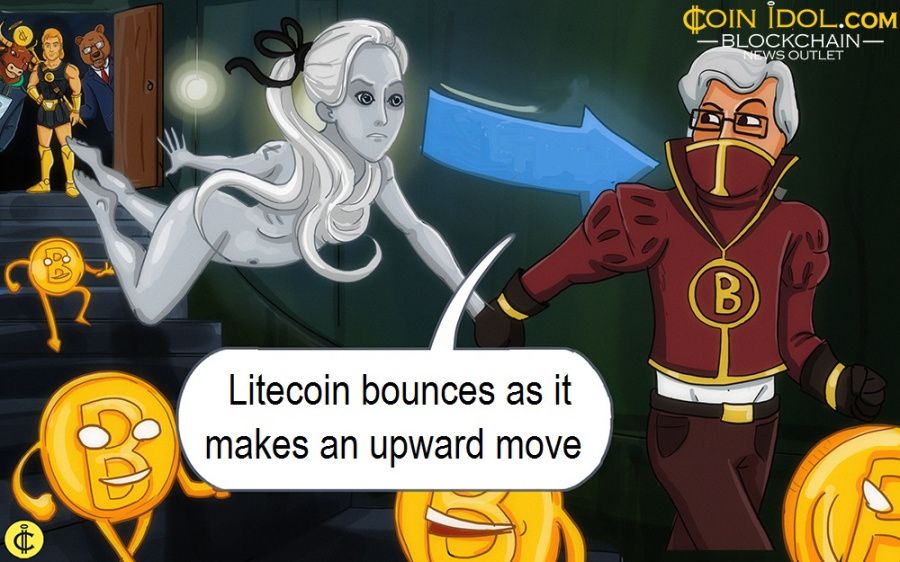 Correspondingly, if the tempo is sustained, the bulls will reach another high of $80. Equally, if the resistance at $62 remains unbroken, the $66 and $80 highs will only be a dream. Litecoin may be obligated to a sideways trend.

LTC has the chance to go up since it is trading above level 65 of RSI. The RSI has earlier shown an overbought condition when LTC traded at $62. The bulls are taking other bold steps to retest the price at $62. 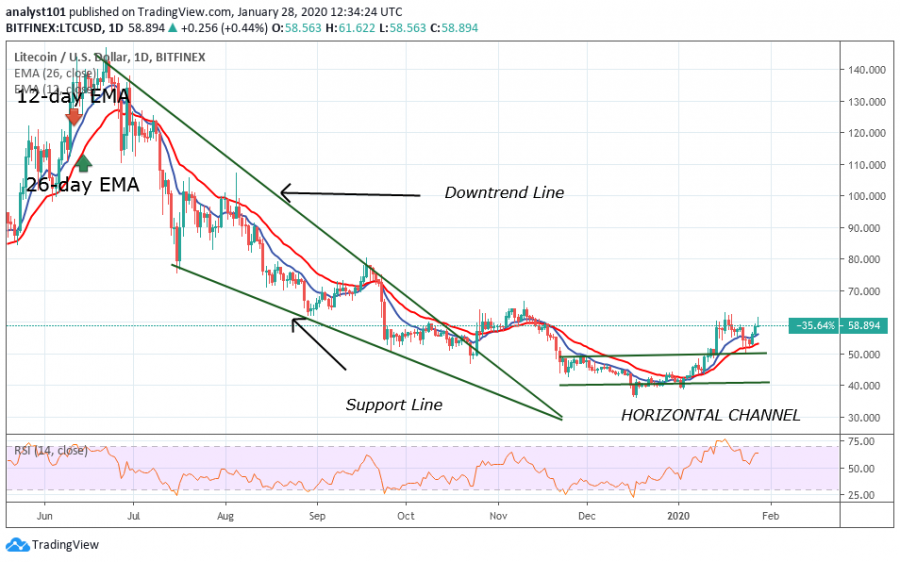 In its second challenge, Litecoin made a stopover but is yet to penetrate the resistance. Certainly, if the bulls are unable to break through the resistance, LTC will resume range bound movement. On the contrary, if LTC falls and breaks below the $50 support, Litecoin will depreciate and the decline will have negative effects on LTC.