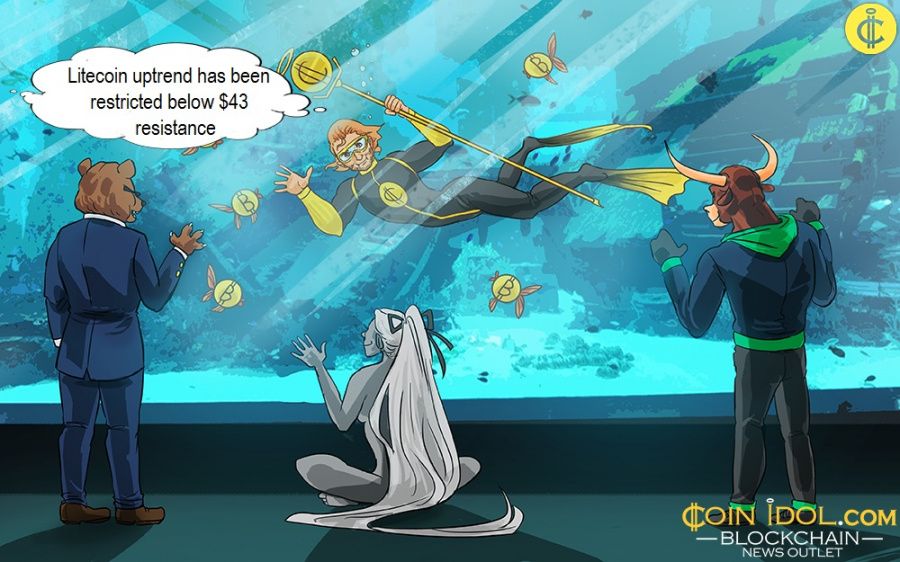 The bulls have relentlessly battled the resistance at $43 and $47. The uptrend is near impossible because of the two resistances.

Buyers have been repelled after four unsuccessful attempts to break the $43 resistance. In the last three days, Litecoin fell to a low of $39 in one of the resistances. The market rose to $44 high and was resisted. This is a typical example of the other previous movements that were repelled.

The uptrend has been restricted below $43 resistance. In the previous rebound on April 6, the LTC rebounded at $40 low to reach the $47 resistance. The bottom line is that a rebound at the low of $42 will propel LTC to break through the resistance of $43 and $47. Litecoin will rally above $63 if buyers are successful above $47 resistance.

Yesterday, in its sideways move below the resistance, the price moved up to a high of $44 and was repelled. LTC is also above the 50% range of the daily stochastic. The bullish momentum has been fluctuating because of the sideways move of LTC. 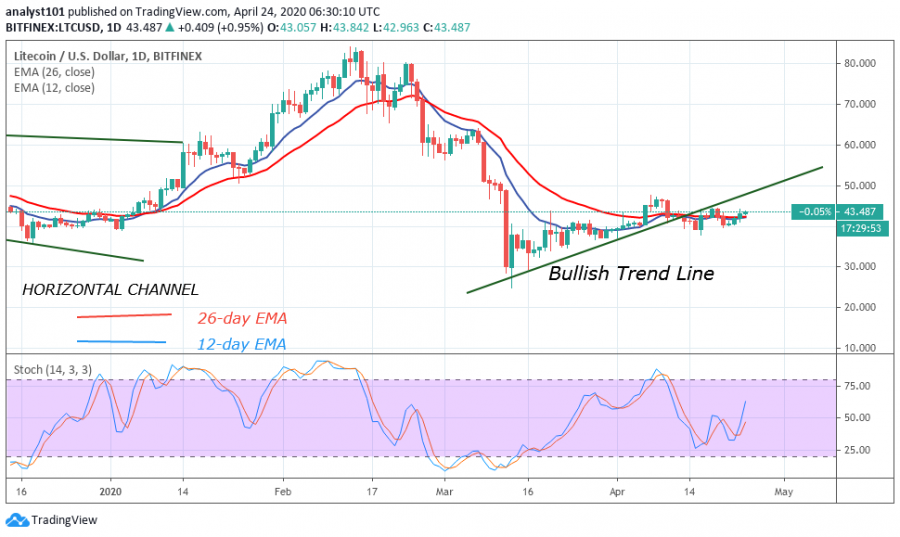 What Is the Next Move for Litecoin?

Litecoin has been trading below the $43 resistance since April 10. All upward moves have been scuttled because of the stiff resistance at $43. A breakout above $43 will propel Litecoin out of the bottom of the chart. LTC will continue to trade below $43resistance if a breakout fails to occur.