Litecoin Retraces to $176 Support for a Potential Relief Rally 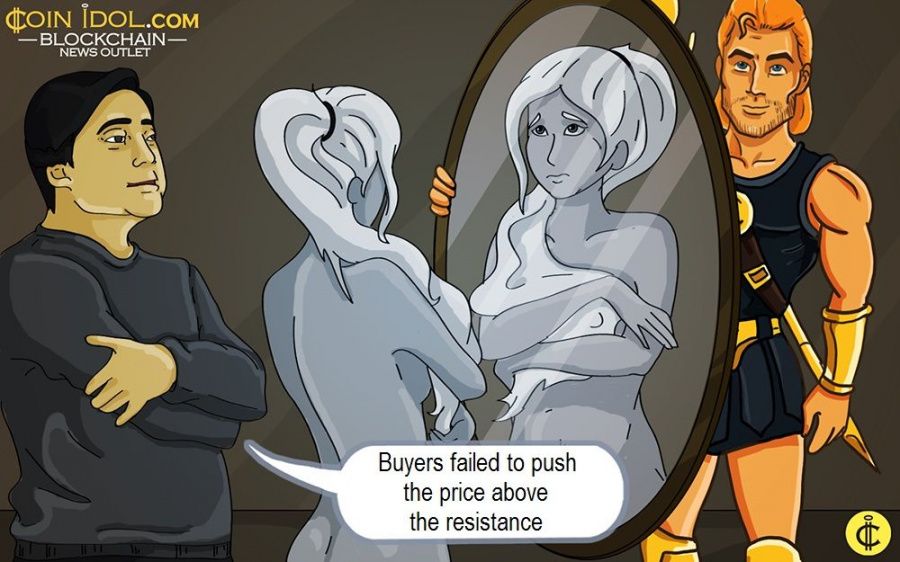 For the past 48 hours, Litecoin has been in a downward correction. Today, LTC slumps to $176 low as buyers attempt to push it upward. For the past four days, the crypto currency has been making impressive moves as price reached a high of $195.

This positive move came after the bulls broke the $175 resistance level. The bullish momentum could not be sustained above the $195 high. Subsequently, LTC was repelled as it fell to $170 low.

Immediately the bulls bought the dips as price moved upward to retest the $195 overhead resistance. Yesterday, buyers failed to push the price above the resistance as they were repelled. On the upside, if subsequent retests are successful above the resistance, the crypto will rally to either $200 and $225 high. On the other hand, if the price slumps and breaks below $175 support, LTC will drop to $164 and later to $148 low.

The price was resisted at the $195 resistance but retraced above the support of the 21-day SMA. The uptrend is ongoing as long as price remains above the SMAs. Meanwhile, LTC is below the 50% range of the daily stochastic. It indicates that the market is in a bearish momentum. 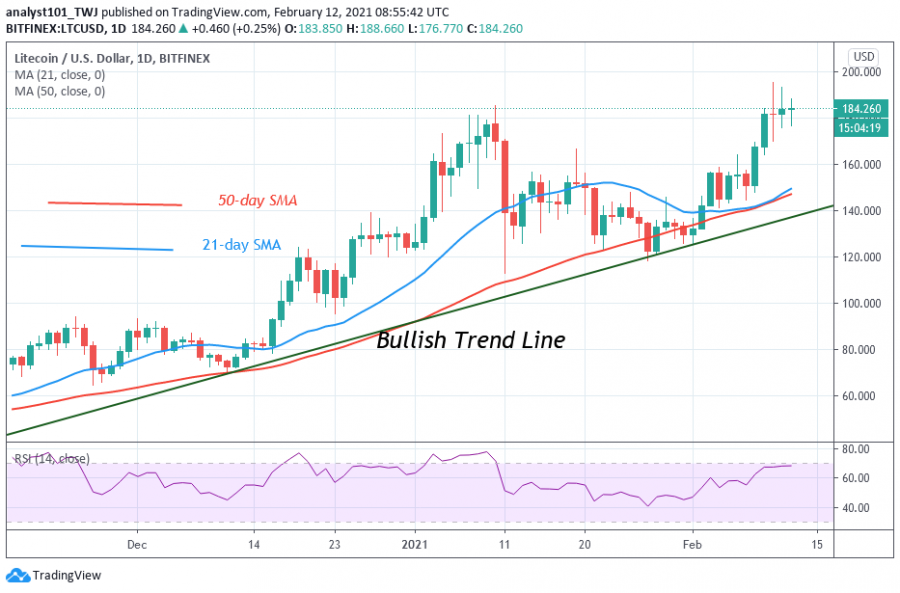 The cryptocurrency has found support above the support of the SMAs. This is an indication of a further upward movement of the coin. On February 10 uptrend; a retraced candle body tested the 61.8% Fibonacci retracement level. This retracement indicates that LTC will rise to level 1.618 Fibonacci extension level or a high of $226.31. 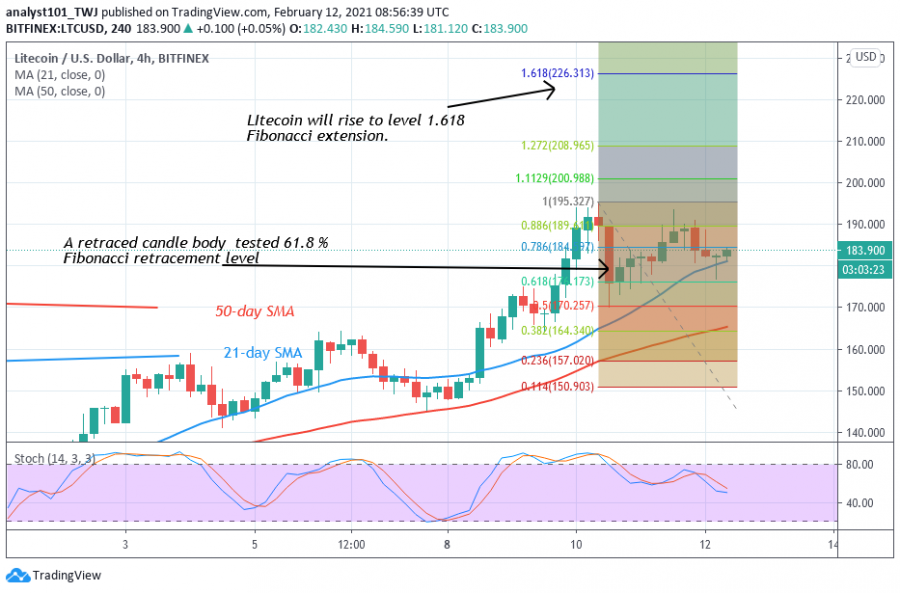