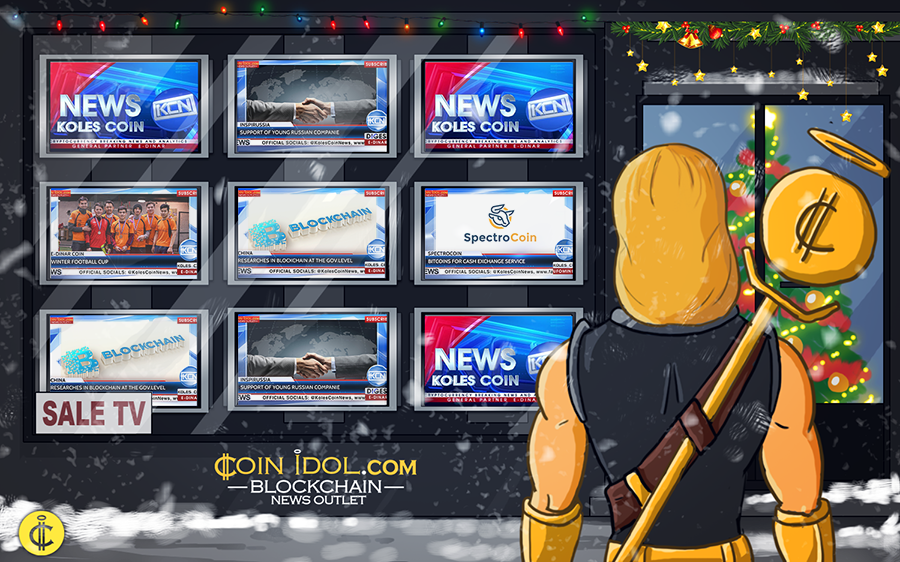 Support of financial technologies. PJSC "Tatfondbank" and venture fund Life.SREDA together presented a project accelerator InspiRUSSIA 19 of December. How reports Life.SREDA itself - it's first venture fund focused just on development of financial technologies. Preference will be given to companies that will offer ideas related to blockchain, insurtech, scoring, security, banktech, bank as a service and open infrastructure. The main goal of this project - financial and expert support young russian companies and training their to access to the international market.

SpectroCoin - exchange of Bitcoin for cash

The exchange of cryptocurrency for cash. British company SpectroCoin will provide its services of exchange of Bitcoin cryptocurrency for cash to unreached in banking sector users in Europe. Launch is planned in 25 countries, including Bulgaria, Greece, Hungary, Poland, Portugal, Spain, Switzerland, Turkey and Ukraine. The company will charge 4.5% of the amount in one operation (at least 3.7 euros). Users can transfer the Bitcoins in euro using SpectroCoin service, and the amount of equivalent is available directly on the site.

Working Group on blockchain in China

E-Dinar Coin is first in sport

E-Dinar Coin Winter Cup in Beijing. Sports projects of E-Dinar Coin community are among the first. This is particularly evident in China, where the development of the sport requires more effort due to the strong congestion of cities and difficult weather conditions. Support of Beijing football community transformed from the simple charity to a full-fledged movement!

Bitwage and Unocoin to establish economic situation in India

Improving of international wage distribution using cryptocurrency. Due to the economic crisis, which is progressing in this country, Bitwage, company of remote job placement declared about cooperation with Indian bitcoin-based firm Unocoin, for stabilizing of economic situations in second of population country in the world by joint efforts, bitcoin.com reports. Employees, contractors, and local businesses in India can register on Bitwage service and choose cryptocurrency as currency for payments.

Startup Cardlay from Denmark got $4 million

Cardlay startup got $4 million for optimization of banking software. Cardlay it’s a front-end card management platform and cardholder application which based in Denmark. The project started its work just earlier this year, but already has earned the trust of investors, which gave $4 million – Crowdfundinsider reports. Joergen Christian Juul, the founder & CEO of Cardlay, stated: “We at Cardlay want to provide end users with a great intuitive front-end to connect with top tier banks and provide them with a much-needed digital tool to automate processes of corporate account management.”

Sending cryptocurrency in open space becoming a reality. Dr Kartik Hegadekatti of India’s Ministry of Railways convinced of this fact and posits in a new paper named “Extra-Terrestrial Applications of blockchains and cryptocurrency” - coindesk.com reports. Dr. Hegadekatti is sure - any planet in solar system can have own blockchain, which can connect with other.

The festive mood for a bitcoins

The most important stuff for the New Year - Christmas Tree, so the people of Moscow and suburbs had the opportunity buy it's for cryptocurrency - bits.media reports. The idea belongs to Russian businessman Mikhail Shlyapnikov, who is created the digital currency - colion. It's noteworthy, that currency "colion" got a its name from the name of his own village, where Mikhail Shlyapnikov was born.

The AgriDigital will can solve the issues with the wheat

The big crop of wheat every year became an urgent problem in Australia, because growers lose millions of dollars due to slow bank payments. AgriDigital, the integrated, cloud-based platform that seamlessly manages contracts, deliveries, invoices, payments, and inventory can solve this problem. According to Australian Financial Review, blockchain can give confidence to the seller, that the buyer can and will pay in time.