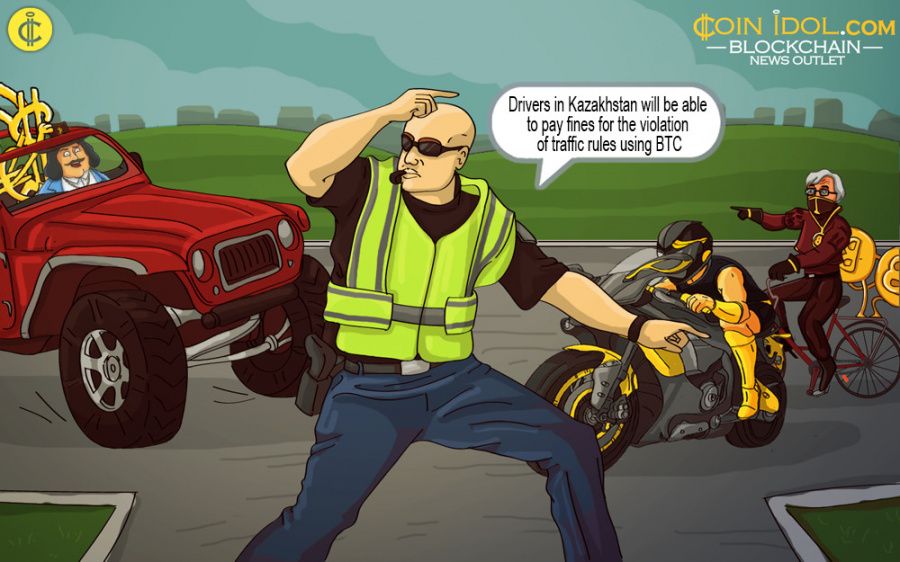 Despite the debates around Bitcoin on whether it may be considered money, there are more and more payment options appearing for it in the market.

Thus, drivers in Kazakhstan will be able to pay fines for the violation of traffic rules using BTC. The solution is developed by the startup OKauto.kz, it is a mobile app that is already tested and ready for use. Besides Bitcoin, the app will accept Bitcoin Cash, Ethereum and Monero.

An OKauto.kz representative stated to Coinidol:

“Ali Shaihislam was one of the first who paid traffic fine for speeding with Bitcoin. The total amount of fine was 10 monthly calculation index (1 monthly calculation index is equivalent to 2405 KZT ~ 7.47 USD in 2018). However, it should be noted that Bitcoin has no official status in Kazakhstan, cryptocurrency is not taken neither as money, nor as financial instruments.”

A similar attempt to take Bitcoin for traffic fines was made in South Africa at the end of last year. The traffic fines administrator for the city of Alberton, Fines4U, that serves about 500 businesses and 8,000 announced it is going to accept payments in BTC.

The service provides users with quotes denominated in South African Rand. Therefore, the payment is to be converted to fiat before transferring it to the police. It involves a certain risk for the fines administrator as the BTC price might drop drastically.

Nevertheless, the Fines4U owner, Cornelia van Niekerk, is willing to take such a risk as she is a strong believer in the cryptocurrency’s potential. However, the first traffic fine payment in BTC is still to be made as, according to van Niekerk, people are more interested in Bitcoin as an asset class than as an actual payment method.