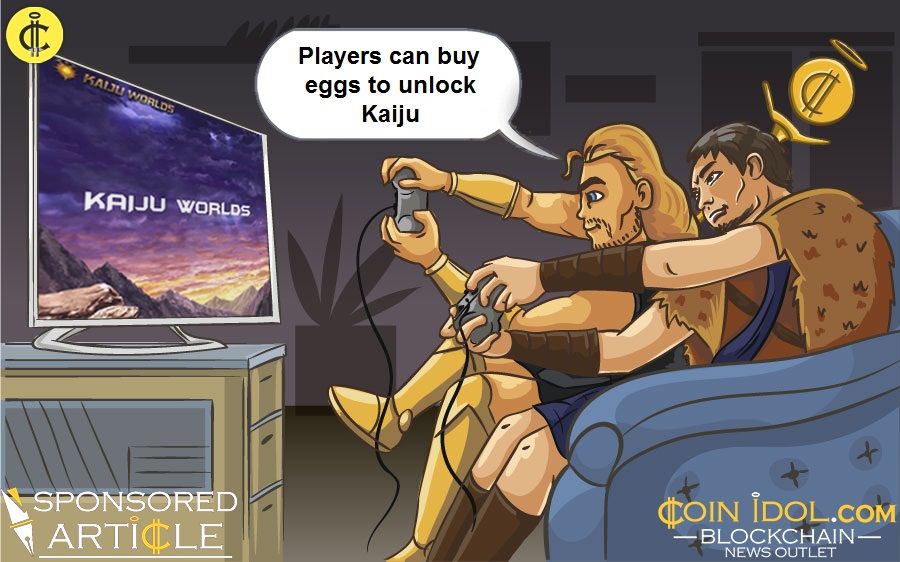 Kaiju Worlds is an NFT Blockchain Game developed on Binance Smart Chain. Kaiju Worlds focuses on rewarding gamers with Kaiju Tokens when they defeat enemies in battles as well as win exciting competitions.

To be able to participate in the battle, players only need 1 Kaiju and 1 Skill. To get Kaiju, players can either buy eggs to unlock Kaiju or buy Kaiju from other players in the marketplace.

The more players win, the bigger rewards they will get. The more powerful the enemy they defeat, the bigger rewards they will get. So the player may want to increase the power of Kaiju by using Shine. For example, players shine 2 Kaiju to get another Kaiju with greater power. To increase the skill's power, players use Materials, which are created from Land.

Land is very valuable because it helps to increase the power of Skill, which is essential to have a chance to win in battles. Therefore, owning Land is bringing income to the owner.

Thus, unlike traditional Games, Kaiju Worlds gives gamers real ownership of Game items. Players buy and own NFT items used to play the Game. Players can trade them without being dependent on the developer.

Owning NFTs not only to play Games but also earn income from them. This is a really exciting thing. NFTs bring income to owners.

What is unique about Kaiju Worlds?

After only a short 10 day launch, Kaiju Worlds received support and excitement from the community. There are more than 52k members from Telegram and more than 45k Followers from Twitter. In addition, Kaiju Worlds also ranks at number 1 in terms of growth rate on the PalytoEarn site. What makes Kaiju Worlds such a strong attraction?

An ever-expanding and growing ecosystem, the number of enthusiastic supporters from the very beginning attracts NFT investors. If the NFT is hunted and can bring income, its value is sought after.

So whether you are a Token investor or an NFT investor or a player who wants to make money every day, Kaiju Worlds can help you achieve your goals.

Kaiju Wolds is not the first NFT Game but we have certainly learned from many other NFT Games, both successful and failed ones.

There are many reasons for failure, but one of the reasons that the NFT Game has not been successful in the long term is the ability to balance the finances in the Game. Kaiju built a system called “Balnce Station” – This system has a function to help balance the cash flow for extremely smart Game. Most balance systems have a common formula for all players in the game, from new players to old players, from high-money players and low-money players.

Blance Station has an effective balance system that can distinguish between low- and high-money players. So there is a balanced plan that is guaranteed to be suitable for both. The change in the high-money players does not affect the policy for the low-money player system.

The more balanced and effective, the more attractive the Game is then it will bring appropriate and effective income for players for a long time.

Investment capital is suitable for many players

As mentioned above, because of the smart balancing system - Balance Station, the Game is designed for many people to play. Kaiju Worlds is attractive for people with a lot of money but also for people with little money to be able to join and play the game.

Therefore, we believe Kaiju Worlds will attract a large number of players. The special thing is It is not only interesting, attractive but also simple from the beginning. Anyone with no gaming experience can easily play with kaiju worlds.