Jeju Island to Become an ICO-Friendly Blockchain Haven Regardless of S.Korea's Ban 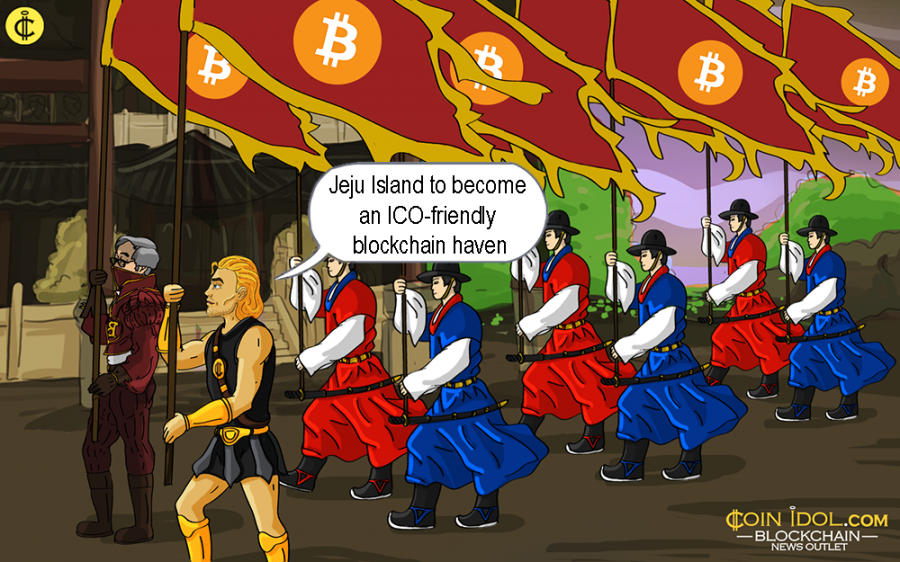 South Korea's Jeju island is forthputting a great plan to Blockchain zoar wherein Initial Coin Offerings (ICOs) would be accepted in the sovereign province regardless of the ongoing prohibit in the mainland.

The governor of Jeju Island officially forthput that the central government of South Korea described the island as "a special zone for Blockchain and Crypto" in its struggle to turn into a Blockchain technology hub, as per JoongAng Daily.

Last week, Won Hee-ryong, the Jeju Island governor, cleverly made the proffer during a meeting with senior government officials such as Kim Dong-yeon, the finance minister and deputy prime minister for the economy of Korea and several other policymakers.

Jeju Island is the largest island, province and a city in South Korea. Just over 400 Km south of Seoul (the country's capital), the autonomous province looks at the vast population of domestic tourists as visitors.

Governor Hee-ryong stated that startups in Jeju Island would be completely free to hold ICOs in the area, making it an alluring and magnetic destination for many domestic startups looking for fundraising via crypto after the financial watchdog of South Korea issued a prohibition on the sector in September of last year.

“Entrepreneurs looking to innovate should be allowed to raise funds through cryptocurrency.”

Additionally, the senior government official noted the desire to allow Crypto and Blockchain companies as soon as possible to function minus crippling restrictions and barriers if Korea is to become a leader instead of a consumer in the infant but new world industry.

“Blockchain can cut costs, provide stable transactions and essentially has the potential to become a game changer that could alter the ecosystem of the internet platform industry,” Hee-ryong reportedly told policymakers during the meeting.

The governor has publicly shown his intention to become a Blockchain haven much better than Malta, moving so far as to get $100 in Bitcoin Cash from cryptocurrency maniac Roger Ver.

The stance of the central bank on Cryptos is still to be seen, although the Jeju province has already gained from a more practical approach with tourism and businesses prospering on the Island.

The provincial government is currently in the process of creating a department that is entirely committed to develop the Blockchain sector in Jeju and this might become more materialised by the end of August.