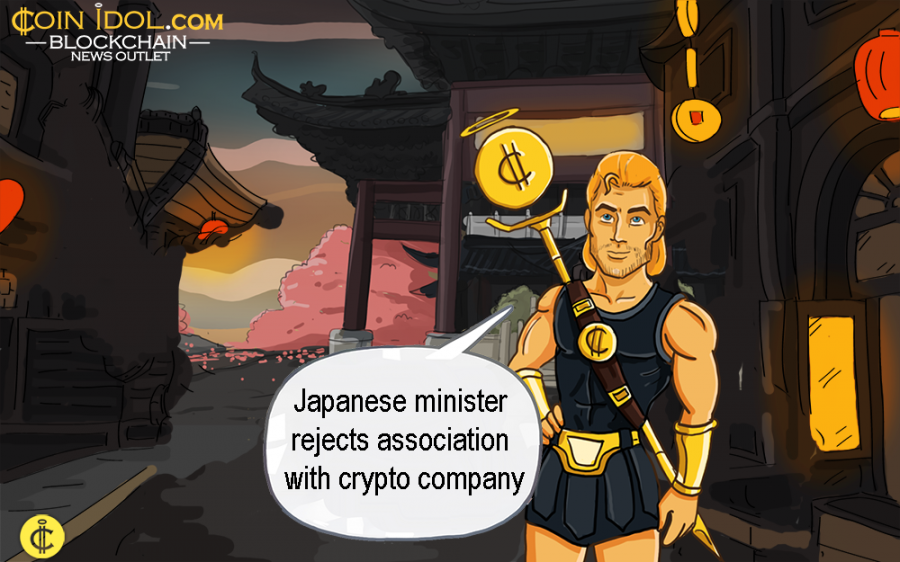 Seiko Noda, Minister for Internal Affairs of Japan, gainsaid having any interest in a cryptic firm that is still under investigation hence interfering with the ongoing investigation and making the work of police difficult.

Seiko proclaimed that one of her helpers was available at the January 30 meeting where the Financial Service Agency senior representative elaborated clearly the Agency's stance on regulations controlling all funds collected by issuing crypto and other significant topics, according to Asahi Shimbun.

A Warning From The FSA

On January 12, the FSA cautioned an unidentified company about being suspected of engaging crypto exchanges yet it was not permitted to do so since that move disregards payment services law. The firm offered its own crypto last year in October.

The FSA requested a lot of answers from this firm and gave it a deadline such that it would report the issue to the authorities and investigators.

Seiko's office communicated to the FSA many days after the caution. Asahi Shimbun got through info disclosure. The office of Seiko very much needed to understand what the agency was planning or doing with the company.

Seiko's office also revealed that it would allow a firm's representative to join the briefing since the firm consulted with her office concerning the same issue.

Although the name of the individual in need of a meeting was removed from the issued document, sources have it that it is Seiko's aide. The investigation went on after the meeting, and the company was advised by the agency not to trade out crypto.

Full Understanding Of The Crypto Industry

Seiko told Shimbun recently on July 19 that she was ignorant with the warning the agency gave to the company. Seiko indicated that the major purpose of the meeting was to give a clear overall knowledge of crypto exchanges and claimed that the carried out meeting did not exert pressure on anyone at all.

The report came at a time when the FSA has been rapidly increasing scrutiny for both crypto and the whole sector at large, and this shift started after the hack of Coincheck, a Tokyo-based exchange early in January this year.