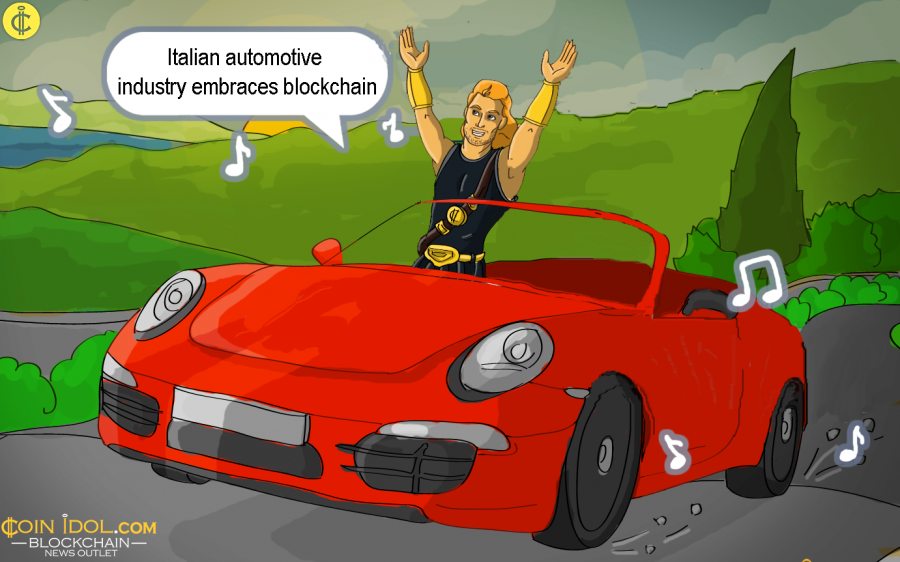 ACI and EY have officially proclaimed a blockchain technology-based Digital Vehicle Dossier project. EY has chosen to use a hybrid blockchain tech for this project so as to process a bulky number of transactions. They aim to create an ecosystem of interoperability.

According to ACI, the solution is based on the blockchain which "allows to certify the vehicle's life cycle through their virtual 'notarization', within a distributed infrastructure which will enable the creation of an ecosystem of inter, Automobile Club Italia operability."

This appears to be the first smartphone App that enables the end user to have approved information of their vehicle, with the potential to exchange data in a trusted environment, according to the press release.

"This is the first smartphone application in the world that allows the driver to have certified data on his vehicle regardless of the type of make and model. The app allows you to interconnect the entire automotive ecosystem, offering individual operators the opportunity to exchange information in a trust environment," ACI said.

The purpose is to have active citizens, changing them from being spectators to becoming a mainspring for the services they use. ACI is, therefore, using blockchain to bring and create transparency within the industry.

The blockchain technology, established in collaboration with EY, enables the certification of the life cycle of the vehicle via the virtual notarization of a file encompassing all the information correlated to the vehicle.

According to the EY Blockchain Hub Mediterranean Leader Giuseppe Perrone:

“The use of Blockchain within this project will facilitate a single interoperability standard to be defined for the creation of an automotive industry and for the automation of certain processes during the asset’s life cycle. Through the creation of tokens, it will be possible in the future to predict the adoption of automated property exchanges based on smart contracts”.

Only 33% of clients in Europe receive data on the history of the car and in Italy, the used car market is between 5% - 12%. Tinkering with odometers brings losses in the industry between 5.6 billion - 9.6 billion.

The digital dossier, that can be consulted first by the holder of the car via his/her smartphone and viewable on his/her authorization from third parties, puts away the possible buyers of his/her car by fraud on mileage and replacement of spare parts.

The file of the vehicle certified using the distributed ledger technology (DLT) could, consequently, advance the experience of the car driver thanks to unchangeable and certified data.

“Thanks to the use of blockchain, the citizen becomes co-author and supplier of data that, through a virtual notarization system, will form the digital file of the car. The main aim is to enable citizens themselves to consult and check the history of the life cycle of a vehicle by just putting in the number plate in a smartphone App.”

The Digital Vehicle Dossier, incorporated into the ACI Space App, will very soon be accessible on both the iOS and Android App Stores.

To use the dossier, it will be compulsory to first download the free app ACI Space and then insert the code AC1C4RDS in the settings.

Recently, the construction sites of Bi-Rex competence centre opened in Bologna, as reported by Coinidol, an industry 4.0 pilot plant will use blockchain technology in the mechatronics industry. Many sectors such as insurance, finance, Agrifood, logistic & transport, tourism and others, have started using blockchain in their daily operations.