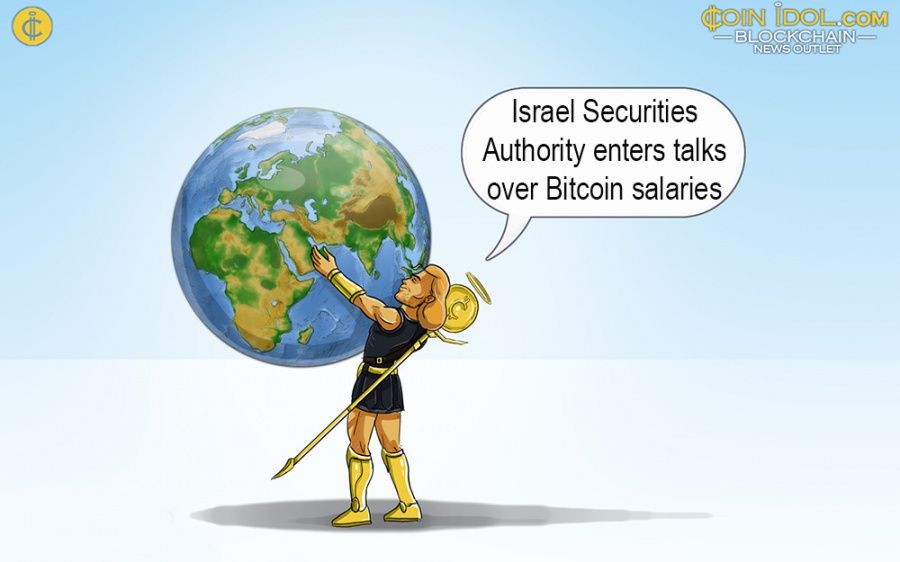 Spot.IM, an internet company with its offices in Tel Aviv is in high gear negotiations with the Israel Securities Authority (ISA). Spot.IM is not part  of crypto ecosystem but more of the internet industry. The talks are primarily focusing on felicitous exchange rate that is an important matter for making this work and there are a lot of hope that the two parties will reach at the equilibrium point of agreements just with in the next month or beyond and this will push the plans to go further.

The company has gone ahead to take the matter on the table of  Labor Ministry officials to look into the subject. The main plan targets employees that wish to accept the total or portion of his paycheck sum in bitcoin with the company paying for the costs of the high shekel conversion fees.

Spot.IM widely helps media websites to manage their social engagement and comments sections and among its clients are NBC, Engadget, Time Magazine, Fox News, Huffington Post and others. Since 2012 when it was founded, the company has generated a total of approximately $38 million and and also made $25 million in November 2017 in Series C funding from Roman Abramovich, a Russian billionaire plus other potential businessmen.

Bitcoin is not legally allowed as a currency or as a security in Israel but the tax system accommodates anything of value in calculating salaries, therefore the company has to first approach the regulators for permission before the operation and if all goes well, the goal will majory prevent future complications with the antagonistic banking system by obtaining a seal of approval from the state bureaucrats.