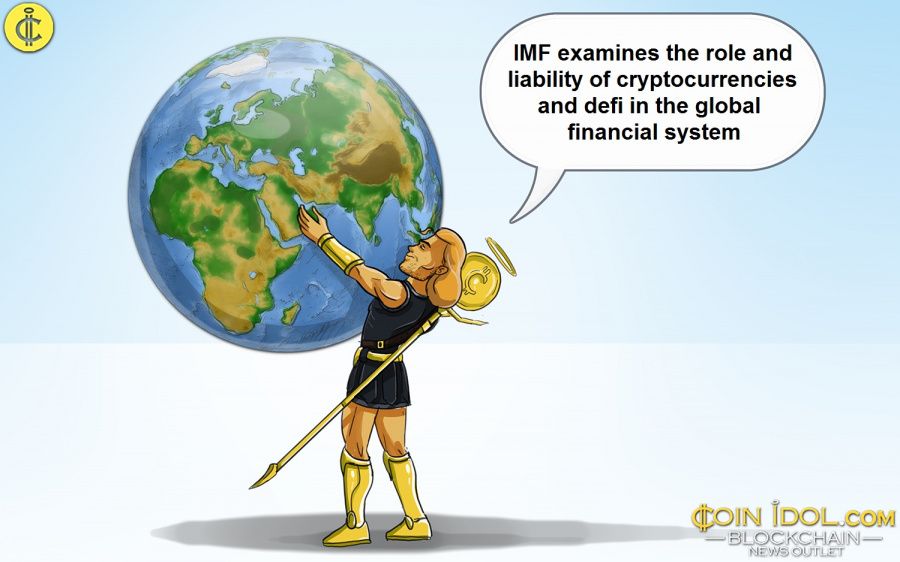 The latest report from the international financial regulator IMF examines the role and liability of cryptocurrencies and defi in the global financial system.

The report, released Tuesday this week, ranks the Ukraine war and the coronavirus pandemic, among others, as major causes of the economic downturn.

For the first time, the International Monetary Fund acknowledges the role of cryptocurrency in the global economy

According to the IMF's latest economic report, cryptocurrency was named as one of the most important factors for the global economy. The report expressed that the impact of the coronavirus and the war in Ukraine has led to an increase in demand for cryptocurrencies.

As an example, the report cites the rising popularity of the Tether stablecoin in Turkey since the beginning of the pandemic in 2020: 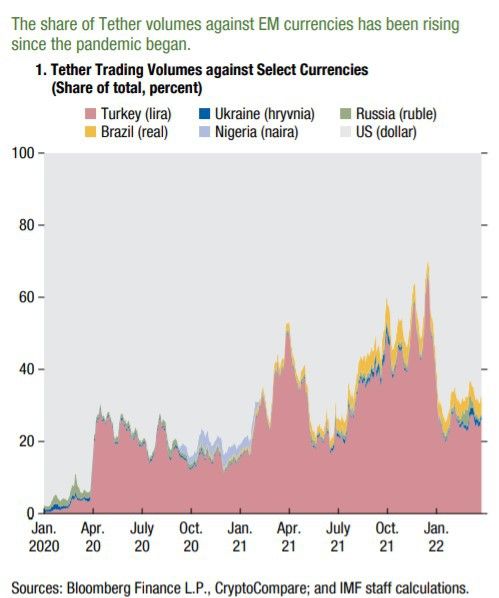 The IMF mentions in the report that the sanctions imposed on Russia due to the invasion of Ukraine have led to the rapid adoption of cryptocurrencies. The organization also mentioned that the growth in the use of cryptocurrencies has been more pronounced in emerging markets of the global economy.

However, the report focused mainly on the impact of the war in Ukraine on the global economy. The IMF said that due to the war, the organization lowered its global growth forecast for the second time in a period of just six months. The report issued new growth forecasts for Ukraine, Russia and the European Union.

Money laundering and tax evasion top the list of bad economic behaviors related to the use of cryptocurrencies. The report also analyzed that some rogue states use cryptocurrencies to circumvent sanctions imposed on them by international financial organizations and the United States.

In one of its recent panel discussions, the IMF examined the challenges global policymakers face in dealing with cryptocurrencies, a new form of digital money. The discussion featured IMF Managing Director Kristalina Georgieva and Bank for International Settlements Managing Director Agustín Carstens.