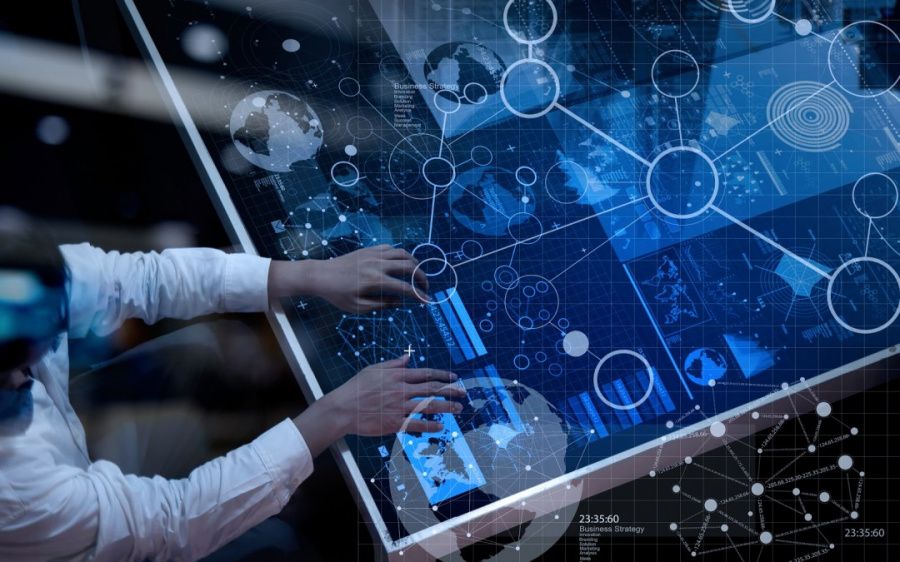 Blockchain startup iExec has announced the SDK release of its Decentralized cloud network at Devcon3 in Cancun, Mexico.

Decentralized cloud network iExec has announced the release of its first Software Development Kit (SDK) product during Devcon3 in Cancún, Mexico. The service will enable blockchain applications to access an affordable, scalable, transparent and secure off-chain computing cloud. Several other announcements were made during the conference keynote of CEO Gilles Fedak’s, including the first App Store for decentralized applications, some recently-made partnerships, and a new research program.

iExec has been focused on building the first blockchain-based decentralized Cloud Computing platform for some time and this weeks announcement of its first SDK product at Devcon3 Conference follows months of stellar work by the iExec development team. The announcement is seen by the company as its first major goal on its roadmap to eventually create a future decentralized economy by providing a unique platform for unlimited computing power to blockchain applications,

iExec is also creating the first decentralized marketplace for cloud resources (servers, storage, applications and data sets). In April 2017, the company published its official  white paper, detailing its plan to bring its vision to market. The team remains perfectly on track and has been delivering on schedule and up to promise.iExec is often known as the Airbnb for servers as its platform automatizes peer-to-peer interactions among users and providers in a safe, secure, transparent, and trustworthy blockchain experience.

On November 3rd, Gilles Fedak, PhD, CEO and co-founder of iExec, made several major announcements during his keynote speech at the (Devcon3) Ethereum Developer Conference:

During his address Gilles went on to outline the company’s recent progress, stating,

“This first version of iExec shows that we are able to overcome several limitations from the blockchain technology. We are proud to release this product only six months after the start of the project. It opens new perspectives for decentralized businesses and new opportunities for developers and startups,”

About Blockchain and Ethereum

Blockchain is the technology powering Bitcoin. It is the best way to assure traceability and transparency during digital transactions without the need of a third party. A blockchain is a chain of blocks recording and time-stamping each transaction. Ethereum is the second generation of blockchains, which can be programmed thanks to smart-contracts.

The massive transformational goal of iExec is to provide the computing solution to each digital entrepreneur developing remarkable ideas on the blockchain. Indeed, iExec aims to create the platform providing unlimited computing power to blockchain applications that want to create the future of the decentralized economy.

The technology behind iExec leverages more than 15 years of work from its founders. Haiwu He and Gilles Fedak, who have published more than 80 scientific papers in the pioneering field of Desktop Grid and cloud computing. iExec released RLC tokens in April 2017, during an Initial Coin Offering (ICO), raising the equivalent of 12 M$ in less than 3 hours.

iExec is the source of this content. This press release is for informational purposes only and should not be viewed as an endorsement by CoinIdol. We take no responsibility and give no guarantees, warranties or representations, implied or otherwise, for the content or accuracy. Readers should do their own research before investing funds in any company.

Tags
Decentralization Cloud Release SDK Blockchain Network Startup Computing Platform Developers
Most Popular
May 08, 2021 at 10:26
News
Polkadot Attempts to Breach $40 Resistance, Lacks Buyers at Higher Price Levels
May 08, 2021 at 09:39
News
Ethereum Continues Its Bullish Run As It Attempts to Jump Over $3,750 High
May 07, 2021 at 12:43
News
Ripple Faces Stiff Resistance at $1.70 High as Bears Attempt to Sink XRP to $1.00 Low
May 07, 2021 at 10:39
News
Revolut Users Will Gain Stronger Control of Their Bitcoins with New Withdrawal Feature
May 07, 2021 at 09:27
News
Binance Coin Retraces to $600 Support and Resumes Upward Move, Further Upside Momentum Likely
More