How Would Satoshi Nakamoto Organise Voting On Segregated Witness? 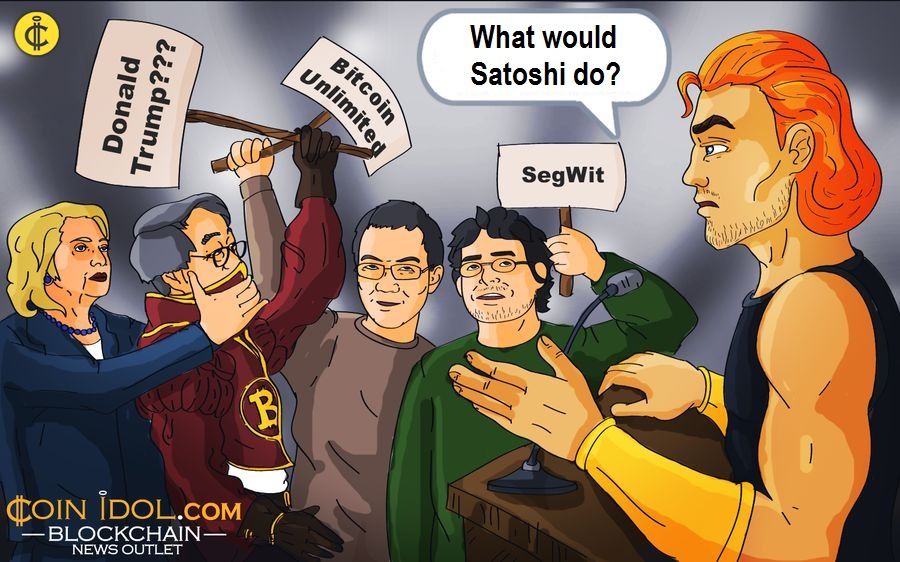 Slush pool, the world’s oldest mining pool, is the only one to let its miners decide by way of voting on the proposed Bitcoin soft fork. All the other pools reserved this right for only top managers of the pools. CoinIdol.com collected the opinions of experts on the SegWit voting that began on the 19th of November 2016.

The main question is, what would Satoshi Nakamoto do in this case?

The soft fork, also referred to as Segregated Witness, was proposed by Bitcoin Core and Blockstream developer Dr. Pieter Wuille on the 20th of February 2016 at a recent scaling bitcoin workshop in Hong Kong.

What is the significance of segregated witness?

Segregated witness is a proposed improvement to bitcoin core which was made at a conference in Hong Kong. Bitcoin mining is a very expensive activity in terms of the energy demand of mining ASICS and the huge capital investment required to set up a mining farm. Miners fr om across the world come together in mining pools so they can combine their computing powers to try to extract bitcoins which they can later share according to the percentage of computing power every miner attached to the winning block contributed. Many experts believe that segregated witness might be the only hope to keep bitcoin alive and stable. Some of the arguments experts put across include:

An increase in block size without increasing or going over the block size limit, end transaction malleability by moving signatures to a part of the transaction that is not used for creating transaction IDs, a reduction in the amount of data bitcoins nodes needs to store in their servers, further script upgrade becomes easy to deploy via soft fork,improves bandwidth for light nodes and historical sync, fraud proofs by allowing nodes that do not need to verify all the transactions or store the complete blockchain.

“The developers of bitcoin have come out with an idea, I think slushpool has made the right decision to make the idea be voted for by the actual people who work to generate bitcoins rather than those few people who own the majority of bitcoins”.

The proposed voting by slushpool hashers will have to be approved by 95 percent of the miners according to information from the slushpool website.

What the soft fork is all about

A soft fork is a regulatory measure that will involve changes in code to bitcoin core that will not affect bitcoin core stability. The changes are primarily to cause an upsurge in the number of bitcoin users by making bitcoin transactions faster, the changes will also try to solve the issue of block size.

“Soft fork is a smart control which will reduce the gap between those dealing in bitcoins in terms of accessibilities,while at the same time reducing the risk of bitcoin going down on a hard fork which I believe will significantly make the currency lose out to competitors like Monero or Ethereum. I strongly believe that the soft fork is the right thing to be done now”.

“This is like the mess that surrounded the DAO attack, when most of the Ethereum community really badly wanted a soft fork  when a third-party app caused some huge financial losses. Although some people were not happy with the decisions but it remained the only applicable option in the sight of the majority. I strongly believe the bitcoin soft fork was not triggered by any of this”.