How To Change The Old Contract Lifestyle Way With Internet Of Things? 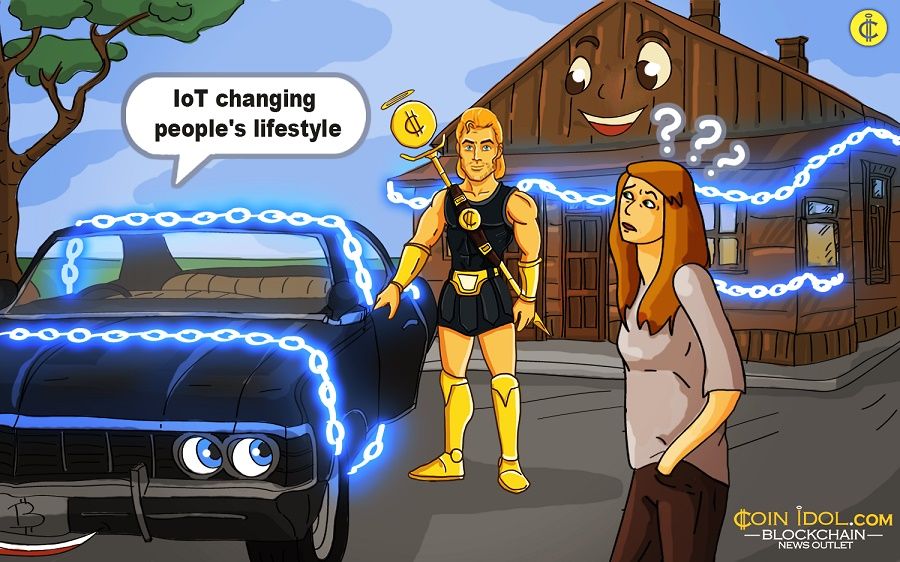 Imagine a simplified way of approaching Law and Technology, a way where an individual could feel secure while enjoying privacy at any stage of his walkthrough of any website. This could be achieved in the near future thanks to Hando Rand  and his vision for Agrello’s ID.

Coinidol’s correspondent reached him and presents his vision to our readers.

Agrello’s CEO, Mr. Hando, has been more into the distributed blockchain technology itself than the cryptocurrency industry. He started examining the technology, together with Alexander Norta from the Tallinn University of technology, when Ethereum was first announced. As Ethereum seemed to be a wonderful concept for keeping registries, he and Asse Sauga started implementing the idea of a digital signatures platform at the end of February. Now, that has turned into the Agrello ID project. ProofofYou.com, the organization over Agrello was founded 23rd of February 2016.

CoinIdol: Let’s explain why it is named Agrello?

Hando Rand: “Agrello came out of the word agreement. Agrello is like your living digital self, having the power to conclude agreements, manage other software and permissions, gain qualifications and grow a reputation. However, it is just your digital reflection. In the end, Agrello still depends on your real being. But for real people to interact much better over large distances, the people must take a secure step straight into the digital wilderness. Agrello enables this, making it secure, efficient and easily accessible”.

HR: “The organization will probably keep the name of ProofofYou, but the service platform and trademark is Agrello. The Agrello.net website will be up soon. I hope it is ready for the last week of December”.

CI: Could Agrello be useful and helpful as a tool for lawyers and customers on a global scale?

HR: “Yes, we will offer Agrello most importantly as a tool for websites and self-servicing platforms to use a common system for signups logins and signing deals inside those web-services and self-servicing platforms. The Agrello mobile app will have an interface for entering the pin codes for such actions. Later on, we will add a customer-directed feature for sharing, managing and signing documents. After that, we want to look further for IOT applications and governmental use-cases. When we launch, getting an Agrello ID is available in most western countries of the EU and the U.S., however, legal validation in the beginning of this product is much better in the European Union due to the Regulation 910/2014, shortly called eIDAS under which we qualify. For earlier integrators we offer an affiliate program, for Agrello IDs that are registered through a certain web-service, then that website can earn a cut from the actions of that Agrello ID later on. This happens, to boost adoption and integration”.

CI: How many people are working on Agrello?

HR: “We are three lawyers, Addi Rull, Teddi Rull and Margus Poola. The software and blockchain development company Ignite from which mainly the managing director Dea Oja and two developers Yary Ribero and Gabriel D'antimi are involved also Asse Sauga as the CTO. We have an IT and smart contracts scientist, Associate Professor Alexander Norta as the Chief Scientific Associate. We are also assisted by a marketing and sales team”.

CI: What is your vision for the future of the IoT?

HR: “Oh yes! This is a super attractive vision. I have a legal background and I know that currently in most cases, ownership is just a concept; it is not carved into stone. I see that Agrello ID can be linked to control devices, which are managed by software. That means Agrello will let you manage your home security, electric cars and so on. Also to easily sell them, just pass the item to another ID. I would attend a blockchain-expo conference as a speaker on 23-24 January 2017, at Olympia in London”.

CI: Could you give us a small clue as to what they are about to hear from you there?

HR: “I hopefully have new good revelations about our first customers and by that time our open beta launch should be clear, also I would love people to come and ask questions and I’ll be glad to give answers.”

CI: Could you also name one customer of your project?

HR: “Our customer is IPOhub. They are aggregating alternative IPO markets and will alone bring us hundreds of thousands of new Agrello IDs and over 40,000 digital signatures per day. The project is not open yet and most probably subject to rebranding. The customers there are already set.

CI: Do you have concerns about the privacy of the IDs of people? What are your thoughts on this issue?

HR: “ID data should be held in distributed storage and managed by a proper private key system. All this is facilitated by smart contracts. The inquiry of ID data should be enabled for only those pieces of ID info that the user authorizes. However, by default, the name and a government issued ID code/birth date is given because this is the real link to the real person. Sites that want to keep users fully anonymous do not really need such data and only the blockchain ID is used to identify the account”.

This will propel contracts into the era of blockchain technologies. Distributed blockchain identity does not rely on traditional security and infrastructure. This means it is always available, safe from common attack vectors found in centralized systems. In addition, Agrello ensures a natural person is behind a signature – beyond any reasonable doubt.