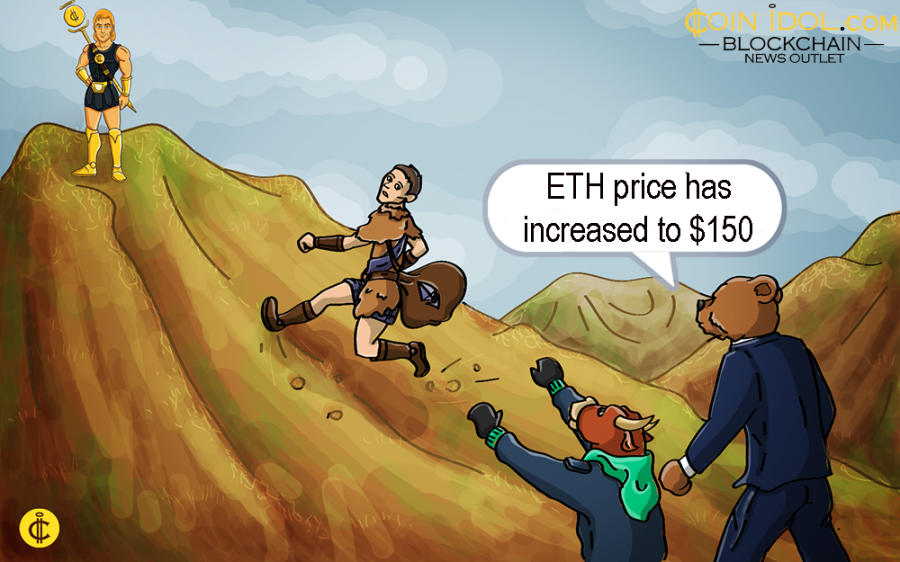 Ethereum’s (ETH) price has increased from $83 to $150, which is around 80% against the USD over the past month, in a significant corrective recovery.

On Wednesday, January 2, 2019, after a 7% rise in its price, ETH outstripped Ripple (XRP) to repossess its position as the second most valuable digital currency on the world market.

There are two major factors that led to the short-term increase in ETH’s price in the past 30 days: oversold conditions & the forthcoming Constantinople fork.

From early Nov to mid-Dec, ETH registered a deep plunge in value as its price dropped from $220 to $83.  Contempt its previous 80% rise, the crypto is yet to attain Nov levels and would still have to soar by an extra 46% to increase back to $220.

The crypto market exhibited oversold status subsequent to the hasty plunge in the price of ETH from Nov to Dec 2018, palliating sell-pressure on the cryptocurrency and enabling the asset to rally.

An economist & a cryptoasset trader, Alex Kruger, said that the forthcoming fork of ETH known as Constantinople is rising the demand for ETH, as the fork would largely lower the block rewards of Ethereum from three to two.

“Notable outperformance of Ethereum over Bitcoin in the last few weeks. There’s a reason for it: the upcoming fork/supply reduction. Another BAKKT delay adds to it,” the trader said. 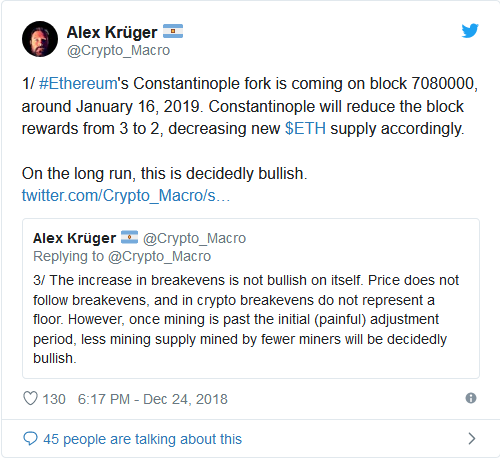 On Christmas Eve of 2018, Kruger added that:

“ETH’s Constantinople fork is coming on block 7080000, around January 16, 2019. Constantinople will lower the block rewards from 3 to 2, reducing new Ethereum supply accordingly. On the long run, this is decidedly bullish.”

Ethereum was one of the best performing cryptoasset in December last year, surpassing Bitcoin (BTC), XRP and Bitcoin Cash (BCH).

Nevertheless, the valuation of the Cryptoasset market is still at $130 billion and is still very far from rallying to previous highs, which therefore makes it hard to say that Ethereum has begun to approach a mid-term giant drum up.