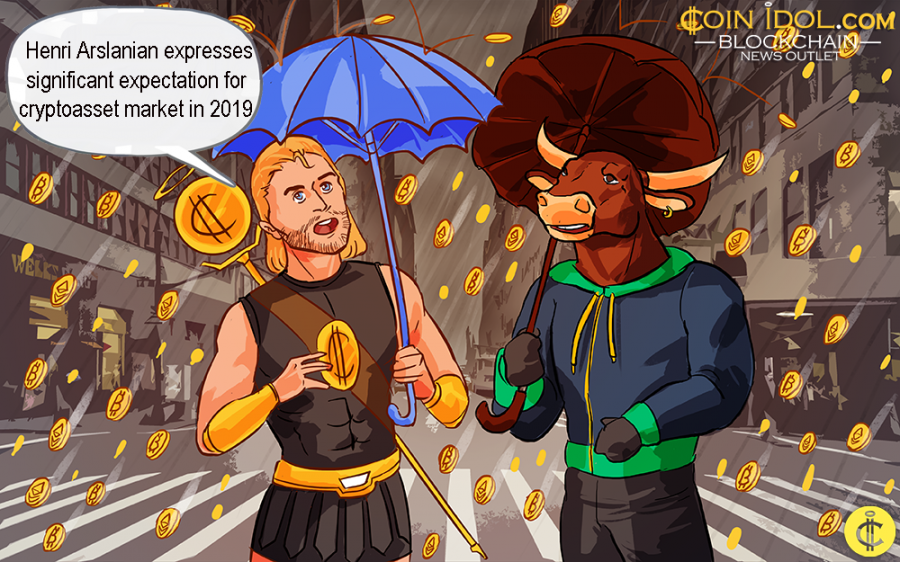 During the Christmas period and when the year is ending, traders tend to take stock of their investments and make plans for the future. Strangely enough, this year appears to be coming to its evening on the same note as it began with a lot of mixed sentiments. Albeit, while perspectives on the ordinary performance of the cryptoasset market in 2018 are consentient, the prospects on next year are highly different. Various analysts and experts hope that next year will be an improvement on 2018, while other analysts believe the cryptoasset market is already doomed.

It appears that the FinTech and Crypto Lead for China and Hong Kong at PwC Asia (PricewaterhouseCoopers), Henri Arslanian, subscribes to the former doctrine.

In a Bloomberg TV interview on Monday, December 24, Henri highlighted different facets of the cryptocurrency discussion, including his predictions for the next year, the impact of the bear market on institutional investors and the notion that the bear market balanced the industry. He said:

“In 2018, we saw a lot of the big players entering the space. In 2019, I expect even more players to enter into the sector as well, especially in different ways.”
He further added that some of these players may decide to roll out their solutions, and others may consider partnering with cryptocurrency companies, and while others might plan to invest in cryptoasset firms.”

The Change is Here

Referencing the advantage of institutional penetration into the cryptoasset industry, Henri revealed that it would offer the type of expertness and institutional support that the industry requires.

Henri also said that the late entry was due to lack of regulatory lucidity that has infested several nations. Nevertheless, the Fintech expert is optimistic that things will flourish and become better next year.

“I think several things are changing on the world level. For instance, take a look at regulatory clarity this year, a number of jurisdictions offered more regulatory clarity than we had before... I hope more of this to occur next year, and that will provide much comfort to institutional investors and other significant players as well,” Henri argued.

Henri’s views echo the feelings of Changpeng Zhao, CEO Binance, who said that Binance is keeping a bullish beginning of 2019, and they target to start the year ‘with a bang.’

Changpeng also recently told Bloomberg Daybreak: Yousef Gamal & Tracy Alloway, hosts in the Middle East that this year has been a difficult one in terms of pricing for the crypto. And that he sees several projects did not flourish in 2018. He hopes that the crypto maniacs are still strong and confident about the future.

Regardless of the advancements in blockchain technology regulation, Wall Street firms are not panicking to enter the crypto market. Bullish financial institutions like Barclays Goldman Sachs, Citigroup and Morgan Stanley have delayed the development of their cryptoasset products because there is less or no demand among their clients.