A 2018 Guide To Investing in Initial Coin Offerings 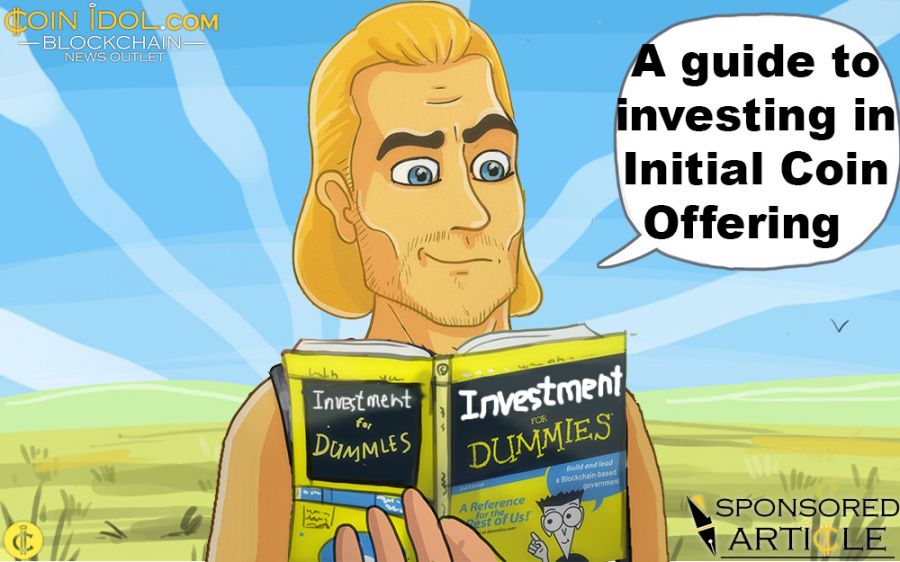 In the late 80s and early 90s, it was a standard procedure for the fastest growing companies to IPO (Initial Public Offering) in less than 5 years. The same can be said of Initial Coin Offerings (ICO) in the cryptocurrency market in the 2010s -- with ICOs often being one of the first projects to be pursued by many blockchain startups.

The recent uprising of ICOs has transformed the way companies seek investment and fund their projects development and operational costs for their business. Comprehension of this business model is a somewhat difficult and scary thing for an investor to become a part of -- hedging their savings on something that hasn’t even been created yet. Even so, this is exactly what is happening in the blockchain space right now.

There is a difference between and IPO, and ICO. That being if an investor participates in an IPO you own part of the company as a stock. On the other side of the spectrum, if an investor takes part in an ICO, you own a digital asset coin, that is issued by the company. Usually, the currency is some sort of utility token with its own specific role in the company's ecosystem trading between i.e a consumer, a content-maker and an advertiser.

The increasing demand rises the intrinsic value of the currency sometimes by tousands of percentage. To put this into perspective, the highest performing stock in the S&P 500 rose only 132% in 2017. Whist the top 20 best performing ICO’s rose by an incredible 20,000%. These kind of gains are never guaranteed and can come with a lot of price volatility.

So How Does One Choose an ICO to Invest in

First the investor must look into the business model, take a look at the problem the ICO is trying to solve -- a high priority variable. This indicates the potential of the project in terms of market, size, and worth. In addition to this, it will provide you with an indication of who the other major players are and whether the ICO can steal some of the market share. An extremely niche product is unlikely to yield a good ROI, but, at the same time, entering into a very competitive sector can also be very risky.

As many projects have attempted to mislead investors into having a star team, the very first thing an investor should do -- in verify whether the team actually exists. Most ICO websites will have a team page with a LinkedIn profile. This should come with a comprehensive review of their experiences to ensure they have knowledge of their respective field of expertise. The advisory board should be able to give some sort of substance and fill any gaps in their skills and understanding of key team members.

This is a very important part of investing, read the whitepaper meticulously, look for particular questions that are directed at the management team.

Some Initial Coin Offerings will of course cost more to develop than others, the most important thing is to ensure the amount requested makes sense and seems reasonable. Not having a hard cap should raise some serious doubts regarding motives of the project as every project should clearly lay out how their funds raised will be used. Having a privately funded round illustrates investment appetite from the private funding sector and raised confidence in the project.

A prime example of an ICO that meets all the necessary criteria is ImmVRse, the hybrid decentralized platform for VR content. Using the points above, we can carry out a brief analysis.

As huge investments are carefully placed into VR hardware, this marketplace corroborates a project focused on creating content. In fact, what causes the massive growth of VR content more than incentivised skilled producers who can showcase their talent and rewarded fruitfully.

The ImmVRse team experience, skills and knowledge covers all aspects of a successful start-up. The founders are from an IT, Finance and Marketing background that comprises all the core requirements of business success. Legal, Blockchain and VR specialists come in the form of a very well-kn, respected board of advisors to an already well rounded team.

The White Paper itself is a very comprehensive piece of information, providing the reader with an informative view on what the project is, why it is required and how it plans to succeed. The token structure follows the industry standards with a carefully thought out allocation of funds, whilst the roadmap ensures alignment with these as well.