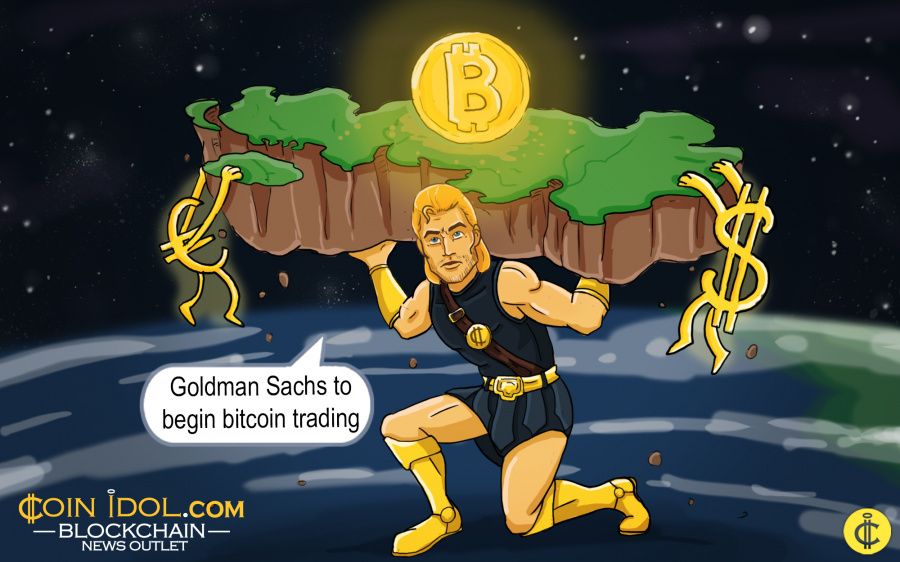 San Francisco giant banks and other financial institutions have tried to keep away from scandal-tainted virtual currency bitcoin. The financial giants will start trading bitcoin futures for clients instead of buying and selling actual cryptocurrency, but that may come in future.

Goldman Sachs is currently moving forward with plans for setting up what looks to be the first bitcoin trading operation at a Wall Street bank regardless of its own previous caution concerning the sector. It is almost trading with clients in a wide range of products that will be connected to the bitcoin price.

While Goldman won’t initially be trading actual bitcoins, a team at the bank is considering taking that direction if it can get regulatory approval and come to understand how to deal with the supplemental risks associated with holding the virtual currency.

Some of that risk is holding huge amounts of cryptocurrency without falling foul of the kind of hacks that have cost exchanges like Mt.Gox and CoinCheck so much in recent history.

The recently appointed Justin Schmidt will run the operation at Goldman with the experience that he obtained from some of the financial institutions that he worked for including LMRB Partners, Seven Eight Capital and WorldQuant LLC.

Mr Schmidt said that Goldman’s Sophistication was a large part of the reason he was open to the job regardless of many other opportunities in the virtual currency era.

“In terms of having a trusted institutional player, it has been something I have been looking for in my own crypto trading but it didn’t exist,” Schmidt said.

“I would not describe myself as a true believer who wakes up thinking Bitcoin will take over the world. For almost every person involved, there has been personal skepticism brought to the table,” says Rana Yared, Executive Goldman responsible for overseeing the creation of trading operation.

An increasing number of hedge funds and other potential investors across the world for have expressed a strong interest in virtual currencies over the last two years.

“A number of clients wanted to hold bitcoin as a valuable commodity similar to gold given the limited quantity of bitcoin that can ever be ‘mined’ in a complex, virtual system set up nearly a decade ago. The bank received inquiries from hedge funds, as well as endowments and foundations that received virtual currency donations from newly minted bitcoin millionaires and didn’t know how to handle them,” Yared said.

“It resonates with us when a client says, ‘I want to hold bitcoin or bitcoin futures because I think it is an alternate store of value,” Ms Yared said.

The step comes with a lot of uncertainties and bitcoin prices are primarily set on unregulated exchanges in some other countries where fewer measures are set to prevent market manipulation.

Goldman for a long time has been clearing trades for customers who wanted to trade bitcoin futures on the Chicago Mercantile Exchange and Chicago options exchange.

Soon or later, Goldman will start using its own money to trade bitcoin futures contracts and also creating its own, more flexible version of a future that it will offer to clients.