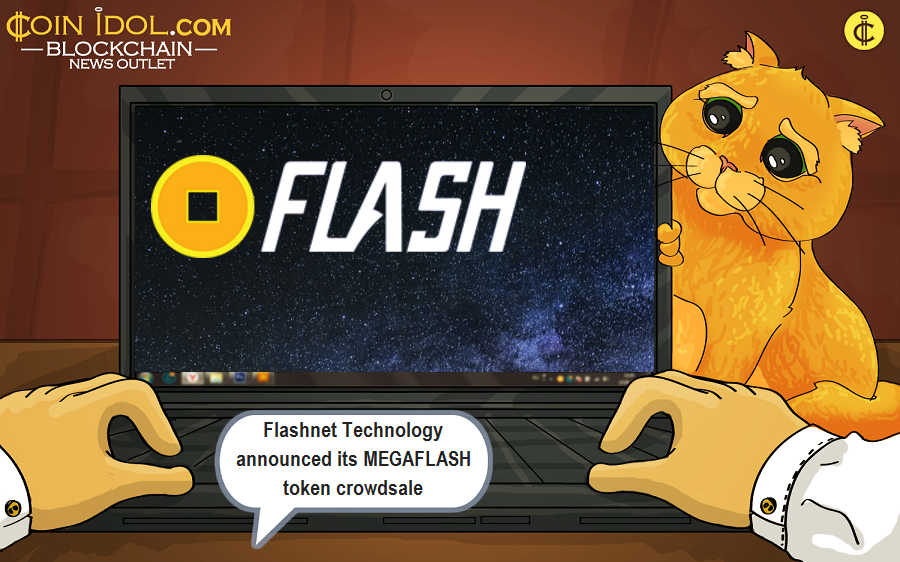 Flashnet Technology announced its MEGAFLASH token crowdsale. The crowdsale, which will be hosted on the Bittrex Exchange starting Thursday, November 17, will support the development of the FLASH network.

“We’re excited to see how MEGAFLASH helps bring cryptocurrencies to the mainstream by solving the problems advertisers and marketers face online, and by rewarding Internet users for their time and engagement. This is also a unique opportunity to expand the traditional advertising exchange of publishers and advertisers to include micro-influencers, consumers and merchants and to help advertisers turn ads into long term customer relationships.”

FLASH has 900 billion pre-mined coins and is built to be given away for free to end-users in limited quantities. It offers incentives to members and functions as a form of network accounting with low cost and very fast processing. FLASH is on a private blockchain and built for speed and user friendliness, with features like email lookup and password recovery.

FLASHcoins will be mostly distributed within approximately two years, mainly to users and developers. Right now, users can currently receive 10,000 free FLASHcoins by signing up on the site, earn more for watching select advertisements or engaging with online content, and redeem them for rewards online.

According to the official announcement, the MEGAFLASH crowdsale aims to raise a minimum of 200 BTC, and will be freely tradeable on Bittrex Exchange shortly after its conclusion. Flashnet Technology offers a 25% bonus in the first 24 hours of the crowdsale ( begin at 11 am pt):

Tags
Crowdsale Technology Exchange Network Bittrex Support Development Token Online Developers
Most Popular
May 07, 2021 at 12:43
News
Ripple Faces Stiff Resistance at $1.70 High as Bears Attempt to Sink XRP to $1.00 Low
May 07, 2021 at 10:39
News
Revolut Users Will Gain Stronger Control of Their Bitcoins with New Withdrawal Feature
May 07, 2021 at 09:27
News
Binance Coin Retraces to $600 Support and Resumes Upward Move, Further Upside Momentum Likely
May 06, 2021 at 12:32
News
Bitcoin Struggles to Sustain Above $58,000 Support, Lacks Buyers at Higher Price Levels
May 06, 2021 at 11:35
News
Ethereum Is Growing on a Wave of Investment
More