Ensuring fairness of games remains the biggest challenge facing the $294 billion lottery industry. Players have always question the genuineness the tickets sold, the pool for the money accumulated, identity of jackpot winners, and the security of Random Number Generators, or RNG. Several high-profile cases of lottery manipulation like the 1980 Pennsylvania Lotto scandal and the recent conviction of Eddie Tipton in 2010 has not only increased player's concerns, but eroded market confidence.

The growing penetration of the internet and adoption mobile devices has resulted in increased accessibility to lottery platform. However, most of them remain inaccessible to players due to regulations or underdeveloped market. Those who can participate have no control over how much money is collected from ticket sales and when they do win, can have up to 60% of their winnings withheld.

Fire Lotto, an international Blockchain lottery, has announced their token sale to address this issue. Launched in December, the ongoing first phase - a private pre-sale - will put their FLOT token in the hands of early contributors and participants.

Built on Ethereum Blockchain, Fire Lotto is set to bring about major innovations in the lottery industry through an autonomous and highly transparent system that cuts across all borders. The decentralization of services on the platform will eliminate the industry’s most predominant concern, manipulation. Manipulation stems from the single server centralization of the traditional lottery system.

The distributed and decentralized nature of the blockchain ensures that no single entity can control it and any information written on it cannot be changed or tampered with. By building the platform on the blockchain, Fire Lotto ensures that the results of games played can be viewed and audited by the general public.

“Worldwide demand for truly transparent, fair services has grown alongside the advance of technologies that enable the change. The distributed, decentralized nature of blockchain technology offers tremendous opportunities for financial technology innovation, and, similarly, for gaming industry modernization.”

Fire Lotto has also taken steps to address ticket authenticity by using ETH cryptocurrency as the major payment method thereby linking all tickets purchased to the Blockchain, making it impossible to forge tickets. The code powering the program is available for anyone to view on the Whitepaper

Fire Lotto has been designed to be simple and intuitive. Prize pool is created fron ticket sales. The platform offers three kinds of draws for players to guess the correct sequence of numbers: 4/20, 5/36, and 6/45.  Fire Lotto also offers an instant lottery draw called Roger’s wheel. Roger's wheel is a fortune wheel with 21 numbers with coefficient from 2 to 20. If a player guesses the correct number on the wheel, they will rewarded with their bet multiplied by a chosen coefficient.

Betting starts from 0. 007 ETH. The minimum size of Fire Lotto’s guaranteed jackpot is fixed at 3000 ETH or ~ USD 1,000,000 for the 6/45 lottery. This prize will be rolled over to the next draw and increased if nobody wins a draw until a winner finally emerges. Fire Lotto Lottery has already launch its platform on Ethereum test net. Users can test out the platform’s systems and features freely.

For more Information, visit the Fire Lotto website at: https://firelotto.io/ 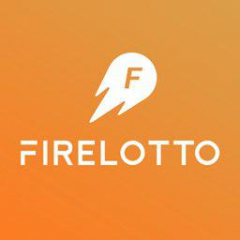 Tags
Lottery Blockchain Decentralization Bitcoin Industry Manipulation Tickets Game Pool Money
Most Popular
Sep 22, 2021 at 12:12
News
Banks in EMEA Miss Out the Potential of Blockchain, with Only 19% Benefiting from the Technology
Sep 22, 2021 at 11:11
News
Bitcoin Cash Drops Sharply to the Oversold Region, Poises for a Fresh Uptrend
Sep 22, 2021 at 10:15
News
Learn Professional Trading From The Best. DIFX Academy Is The Place To Be
Sep 22, 2021 at 09:17
News
Cardano Declines to the Previous Low at $1.91 as Bears Resume Selling Pressure
Sep 21, 2021 at 13:11
News
The Chinese Digital Yuan Shows Success, but WeChat and Alipay Pose Threats
More