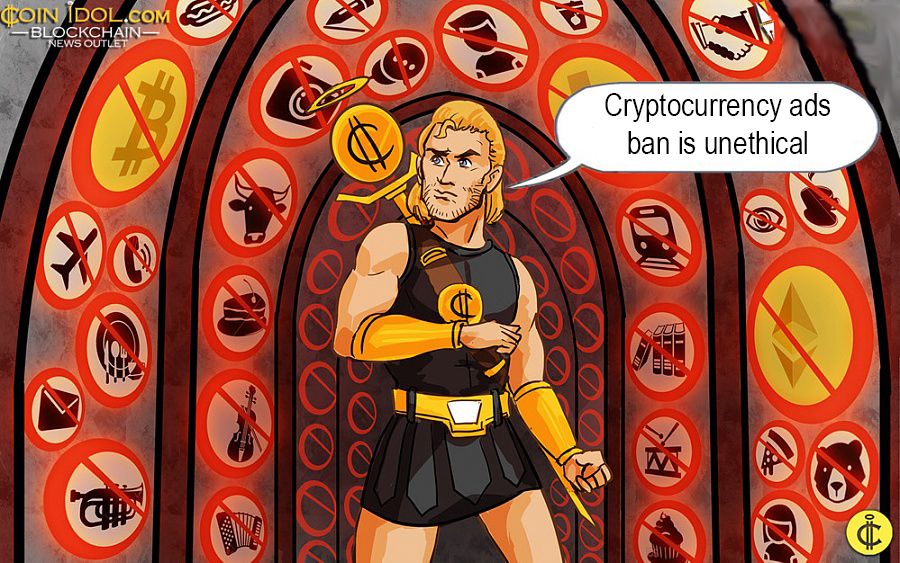 Google, along with other large-scale internet platforms, announced its decision to put a ban on digital currency advertisement in March. With the new policy having come into effect starting June 1, fintech experts have already called this decision “ill-thought-out and potentially even unethical”, according to The Independent.

“I understand that Facebook and Google are under a lot of pressure to regulate what their users are reading, but they are still advertising gambling websites and other unethical practices,”  Phillip Nunn, CEO of Blackmore Group, stated.

Suspicions Around the Reason for Crypto Ban

The regulation initially was published earlier this year and started to be legitime at the beginning of June. This move was also taken by the most popular social media websites Facebook and Twitter.

Despite the new anti-fintech policy, Google and Facebook released official papers stating their genuine interest in virtual coins and blockchain technology underlying them. Thus, Nunn explained his suspicions claiming that financial market giants Google and Facebook might be preparing to launch their own crypto coins.

Basically, the idea of banning cryptocurrency ads in order to protect users is really good. However, the move can affect the emerging industry. That is the point of view close to Ed Cooper’s opinion, who is the head of mobile at Revolut:

“Unfortunately, the fact that this ban is a blanket ban will mean that legitimate cryptocurrency businesses which provide valuable services to users will be unfairly caught in the crossfire.”

There is also a conviction that the policy banning financial technology ads contradicts the general spirit of Google.

“​For Google to step in and block that market may sound like consumer protection, but is potentially overstepping its perceived role as gatekeeper to information,” Gareth Malna, a fintech solicitor at the UK law firm Burges Salmon believes.