Fairplay.io Becomes the First Online Casino to be Based on the Trueplay Platform 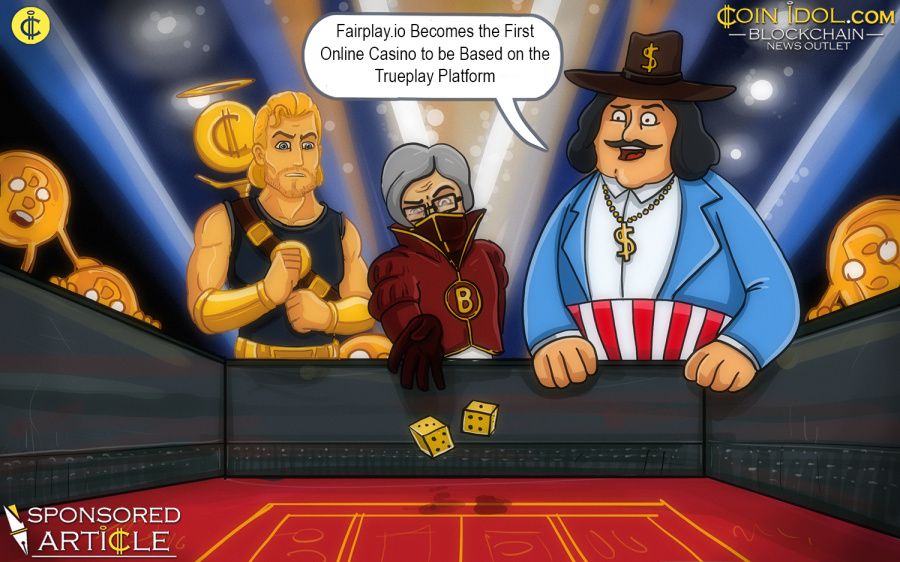 FairPlay.io - a Gamingtec venture, became the first online casino to implement TruePlay - the universal blockchain-based platform for gambling projects. It is currently available in a fully functional free trial mode. FairPlay.io is going to be operating on the TruePlay (TPLAY) token, the pre-sale of which is scheduled for April 15th.

“We at Gamingtec have been at the cutting edge of the gaming industry since 2013. For us, Blockchain isn’t just the new it-word, but a natural evolution of the online gambling process. Player confidence and fast transactions are extremely important, and the TruePlay platform provides smart contracts and transaction history that brings full transparency for players and affiliates”, says Vlad Udovenko, Gamingtec’s CCO.

TruePlay was first developed in 2017 by Oleksiy Mageramov, Stanislav Makarchuk and Oleksii Ragozin, who sought to create a truly transparent platform that any gambling project would be able to implement.

With TruePlay, blockchain technology is integrated at every critical level of the online gambling process:

TruePlay is its own paygate - a blockchain-based transaction system allows for fast token deposits and withdrawals that works across multiple casinos, thus eliminating the headache of long withdrawal periods, surprise commissions based on individual casino’s fees and the overall uncertainty that tainted numerous gambling project’s transactional models.

In terms of gambling affiliates and their relationship with the gambling operator, TruePlay is unique in that it allows for a transparent player ledger, enabling affiliates to see the number of players they brought to the project, their bets, and the commision that results from them.

FairPlay is based on TruePlay (TPLAY) - a utility token that provides access to numerous gambling platforms. The token is going to be accepted as the standard currency of FairPlay.io starting on April 15th, when the token goes on Pre-Sale. Before that, players can test out the functionality, ease of use, and transparency of the TruePlay platform at FairPlay.io, without using any money whatsoever.

TPLAY is going to bring numerous gambling projects into a unified, Blockchain-based ecosystem, with a single player authorization, deposit and withdrawal mechanism that functions all across the system, regardless of the casino the player has chosen.

“What’s truly unique here, is that the TruePlay-based FairPlay.io casino is not an MVP, but a fully functional gambling project launched ahead of our token sale. We don’t just want people to believe in Blockchain’s potential for online gambling, we want people to try it out for themselves”, says  Alex Momot, CEO of Remme.io and one of the top crypto experts in Eastern Europe, who recently became an advisor at TruePlay.io.

Gamingtec is an independent, world-class white label and sportsbook solutions provider of quick, fully flexible, tailored and cost-effective solutions for gaming operators around the globe. It is a fully managed white label provider and full turnkey operator with a range of “pick-and-choose” products.

Fairplay.io is operated by Goldenrod Securities Ltd., a company that is licensed and regulated by the Kahnawake Gaming Commission (Canada).

TruePlay is issuing TruePlay (TPLAY) - a utility token that provides access to gambling platforms. It allows for an unparalleled level of transparency in gambling, as it eliminates the game’s susceptibility to manipulation from operators.

In 2019, TruePlay is planning to enable a blockchain gambling system that is going to have none of the limitations presented by the ETH blockchain.