Experts have Discovered a Recession in the Number of Bitcoin Transactions 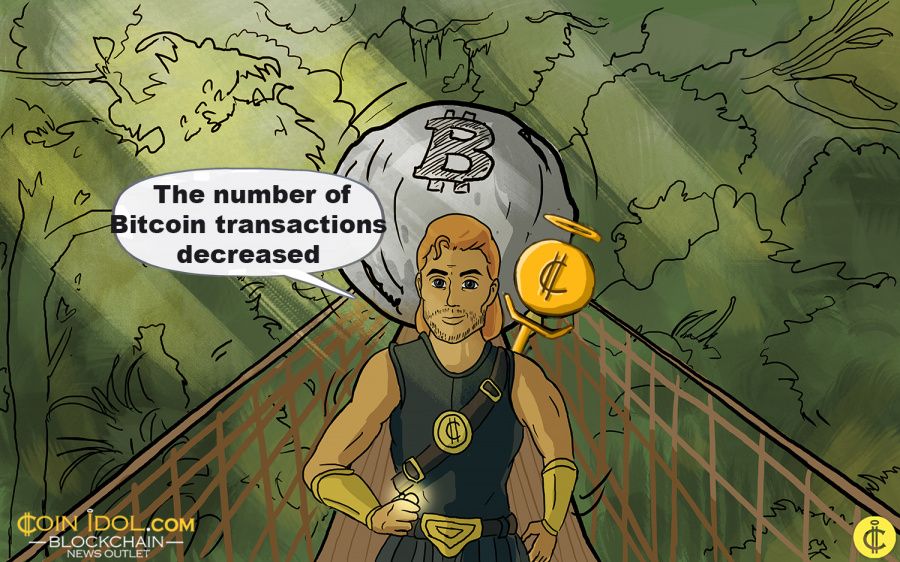 At the beginning of the year, when the Bitcoin price fell by more than 60% compared to the record mark, another important index went down together with it: the number of daily transactions. It has decreased almost twice since December and last month reached its lowest point for two-years.

“We had a hype-cycle and now it’s cooling down,” Charles Morris, the chief investment officer of Newscape Capital Group in London, said by phone from London. He added:

“We just may be entering a bear market”

If the information given by the research firm Blockchain.info is anything to go by, the number of transactions has declined from a seven-day average of 400,000 in mid-December to about 200,000 this week. Such rates took place at the time when bitcoin trading was being carried out below $500. The situation is even more terrible with transactions waiting for verification in the Bitcoin network. This index reduced from a seven-day average of 130 million bytes in early January to 35 million.

Actually, there are many explanations for the falling of the trading on the cryptocurrency market – from software problems to unpleasant news about regulations and so on. But the most interesting question about this drastic recession is: why the level did not return to normal, if the price of bitcoins partially recovered in February? This made some investors face the curious thing – the popularity of the virtual coin has probably weakened.

Nevertheless, there are some people who believe that the low volumes of blockchain transactions don’t necessarily mean problems. They consider it as indicators of healthy stabilization and maturing of the financial market.