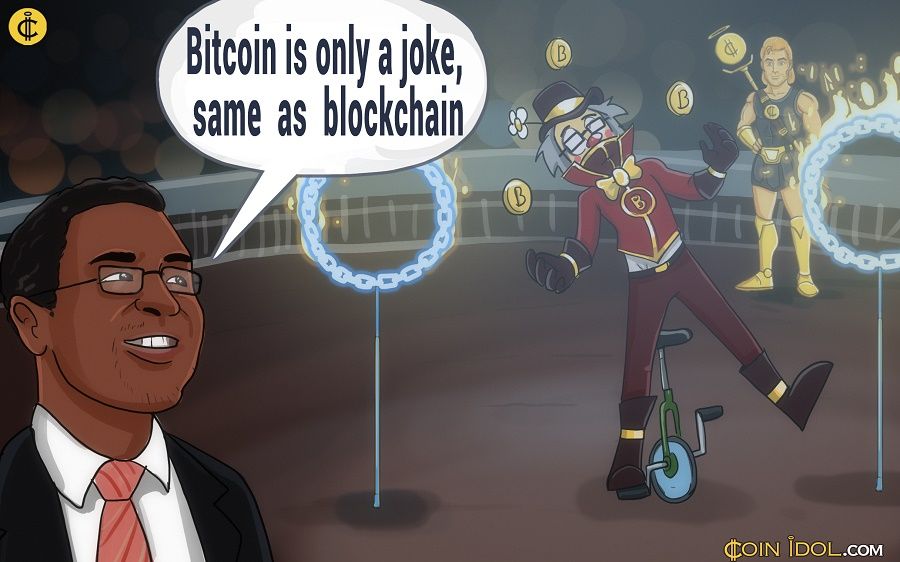 Daniel Boutrin, a former security and cryptology expert at the central bank of France, and now the head of research at Banco de Desenvolvimento de Minas Gerais in Paris, who has been working in the banking and finance industry (JP Morgan, BNP, HSBC, Société Générale, Crédit Agricole) for twenty years and has been working with blockchain for two years, makes statement against using Bitcoin and Blockchain.

Regarding blockchain, Daniels duties have ranged fr om quantitative research to a Radar Officer position. Although most firms see blockchain technology as the future of the banking and finance industry, Daniel Boutrin strongly disagrees with using cryptocurrency. While the majority accepts the blockchain with open arms, Daniel advises to beware of Bitcoin.

“You can actually get into more trouble than you think. Most people sending money are sending money cross country, you would be wise to advise them not to use this ponzi scheme system to exchange money.”

Boutrin recently warned a Bank teller that he should not be referring customers to use Bitcoin. Moreover, he warns that bankers and finance employees can lose their job for using or advising their customers to use cryptocurrency.

CoinIdol.com turned to Daniel Boutrin for an interview to find out more about the official position of bankers regarding Bitcoin and Blockchain and their understanding of the system.

CoinIdol: Why do you advise banking & finance employees not recommend crypto-currency?

Daniel Boutrin: “They could lose their job. When the CEO finds out you told a client to post their customer ID into a public ledger file where you can see their frequency of payments, their roll, their outstanding and credit rate. Frequency of payment as they are shown in the ledger file are deadly for any trading desk or any hedging folio strategy. Any professionals (there is plenty of amateurs anyway) in trading will stop right here and can’t deal any other product but SWAP.“

CoinIdol: Why do you advise against using blockchain?

Daniel Boutrin:  “Everybody should be aware that crypto-currency is a ponzi scheme, as long as everyone agrees on a price, everything is fine…but crypto-currency holds no collateral, due to this, any legal statement will not tolerate a loss of value, you buy nothing, you lose nothing. The free-risk rate is published by central banks and you will not be able to experience a loss on whatever services you can prove on your deposit.”

CoinIdol: What effect do you believe cryptocurrency has on the economy?

Daniel Boutrin: “I believe it will send inflation and monetary policy into chaos. Central banks regulate the flow of money. Bitcoin is a good example to use, everybody is watching the exchange rate go up and they buy in with the idea it won’t stop going up or it can’t fall. What they forget is that any rush could lead everyone into NEGATIVE deposit (people only think Bitcoin can fall to 0, but there is no central bank behind Bitcoin and as such there is no control of it’s negative value) 1 BTC = (current amount) but one BTC could = $-200 (technically BTC was issued on negative value because you need to pay your network access before even using it.)” 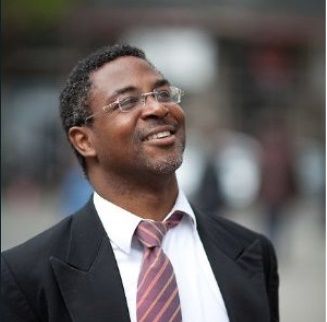 CoinIdol: Why do you say crypto-currency is a ponzi scheme?

Daniel Boutrin: “Let’s take Bitcoin for example—Bitcoin is not the primary currency of any country. To get Bitcoin, you need to spend real currency... this is where the problem begins. Bitcoin is a pivot currency, because of this, there is a problem of liquidity since there is no collateral to make a conversion with. Although a buyer may be found, there is nothing that guarantees the seller will release the agreed upon funds that the buyer has already paid the equivalent of in real currency.”

CoinIdol: Do you believe Distributed Ledger Technology platforms are as secure as Blockchain?

Daniel Boutrin: “RSA is a weak system of encryption, regardless of 64 bit, 512 bit, 2049 bit, it takes 1 second to crack. Breaking public encryption is an easier process than what most people think. It only depends on which region you are looking into, so actually the problem can be linearized into region. The nature of unicity is actually it’s own weakness. The silly idea behind making things overly complicated where only choosing a square number and a partial decimal part of the results is much more efficient than RSA crap or ECC crap.”

CoinIdol: Do you have any concerns regarding blockchain technology?

Daniel Boutrin: “The ledger file is DRDOS weak, on peak you can reach 51% of vote for a single block. Sharing a ledger file and storing it is two different things, at the moment, it’s on an amateur scale, banks are storing 15Tb of transactions per decade, so Bitcoin is only a joke, same as blockchain. They wouldn’t even stand the amount of transaction done using SEPA or SWIFT.  Corrupted files would occur more and more because public hard drive will not be able to sustain massive write/read cycles, with multiple corrupted files flowing, it becomes easier to claim 51% of the vote and as the database grows and inflates it becomes nearly impossible to download a full ledger as a raw.  This can be the start of a DRDOS attack. You can actually exploit a sequence wh ere the paying transaction will be geo localised and send massive DRDOS to make sure the submission is delayed.”

CoinIdol: Do you have any closing remarks regarding cryptocurrency or the blockchain?

Daniel Boutrin: “As you can see, or have noticed already, there is only technical walls, not philosophical concepts, blocking the use of it [blockchain]. Rookies jumped on the wagon because libbitcoin provided a full and complete access to the whole idea, it lacks concept over protocol, but all in all, everybody agreed that distributed trust is the way to go. They did it from instinct, it is natural to escape predation, and banks were too greedy to not be seen as predators.

In the end of the day, I don’t like the black box concept of it, it is far from being a so called “public system”, it could be much more simple.

Instead of doing a vote session, I would advise to ins ert entropy of stability, aka you need to pay for change and that’s also the transaction. So a public ledger file is by definition a cheque institute free for change but changed on charge. So it won't matter how you change the system since you can only pay your change.

It does lead to mutual shared fees to insert their exchange and lock a contract upfront, but the val ue generated will automatically be distributed within the paid change. So there won’t be a problem of fraud nor false claim.”