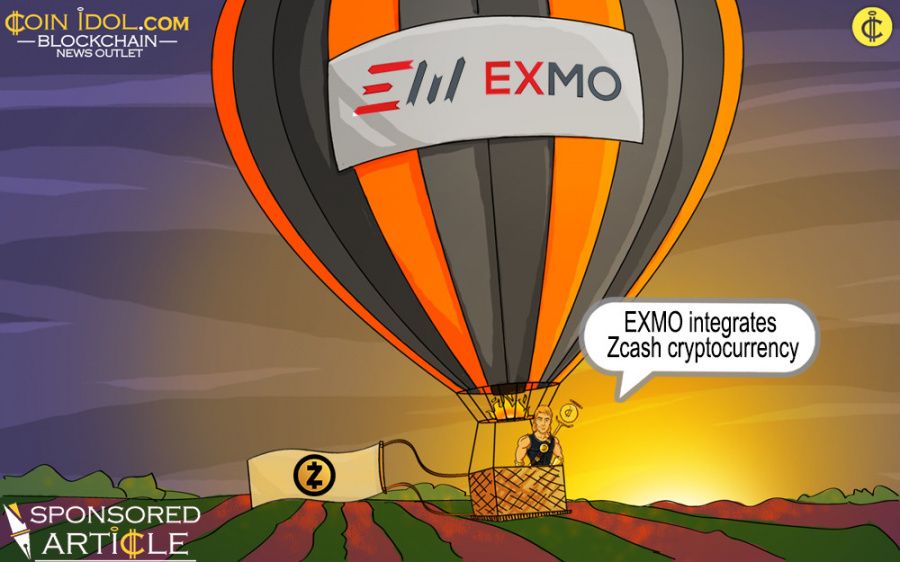 Because of the growing attention towards the Zcash (ZEC) cryptocurrency, EXMO exchange reports the launching of trades in four currency pairs at a time: ZEC/BTC, ZEC/USD, ZEC/EUR, ZEC/RUB.

28th July, EXMO cryptocurrency exchange expanded its list of financial instruments, having integrated Zcash (ZEC) cryptocurrency, whose total market capitalization is estimated at $302,700,000. The cryptocurrency has gained users’ attention and trust because of the high degree of anonymity of transactions in the system and the simplicity of its mining.

The decision to launch this cryptocurrency was based on the results of the survey conducted earlier among active exchange users, according to which, the Zcash (ZEС) cryptocurrency took first place.

It should be noted that, due to Zcash integration, platform users are now able to perform trading operations for the most demanded currency pairs: ZEC/BTC, ZEC/USD, ZEC/EUR, ZEC/RUB. ​ Deposit and the withdrawal are already accessible on the page “Wallet”.

Let us remind you that the EXMO cryptocurrency exchange has already added three new currency pairs: ETH/EUR, ETH/LTC, DASH/RUB as well as the promising WAVES token.