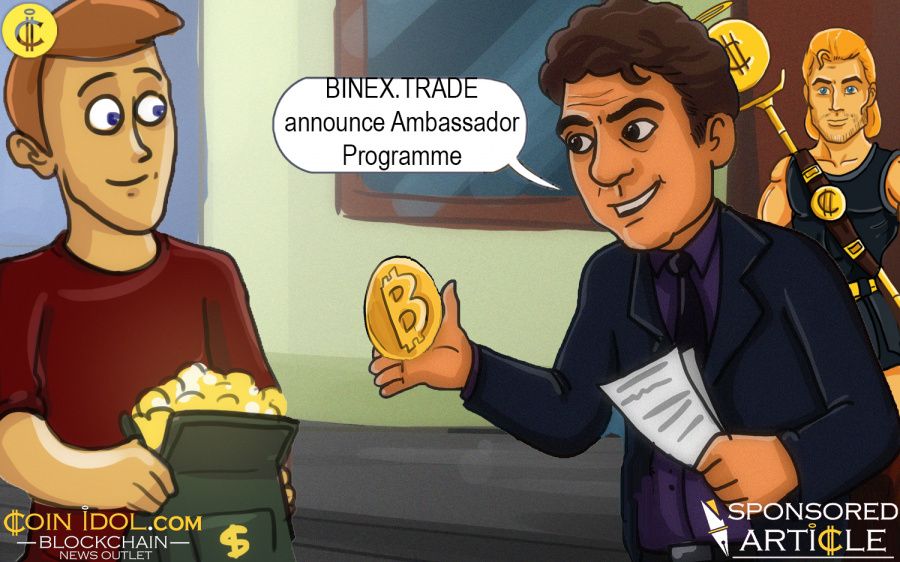 The tokenized cryptocurrency exchange platform has announced a programme where users will become ambassadors. Initiating the reach of a new milestone, BINEX.TRADE has ensured that the users are rewarded for their loyalty and engagement towards the platform, claiming they have a lot to offer to traders and investors on the system.

The programme (announced 1st July 2018, Singapore), is geared towards those who have a strong inclination towards BINEX.TRADE’s vision, and generally, the cryptocurrency world, already achieving a tremendous response from users for creating an engaging and beneficial system, in the cryptocurrency community.

“Due to the overwhelming interest in participating in the Binex Token Sale, our team wants to give our community members a chance to participate and be a part of our journey.” - MEDIUM

Participants are selected based on their familiarity and knowledge with cryptocurrencies, blockchain technologies, and understanding of the finer nuances of the exchange.

How Does The Ambassador Programme Work?

To be chosen to become an ambassador at BINEX.TRADE, participants must engage in simple social media tasks, such as engaging in forums, or penning posts on the prominent social media platforms. As a result, they will be rewarded via BINEX.TRADE Tokens (BEX). The total tokens received are allocated depending on the scores the ambassadors receive from participating. The BEX tokens are rewarded on a proof-of-work basis that will help garner a regular income for life. 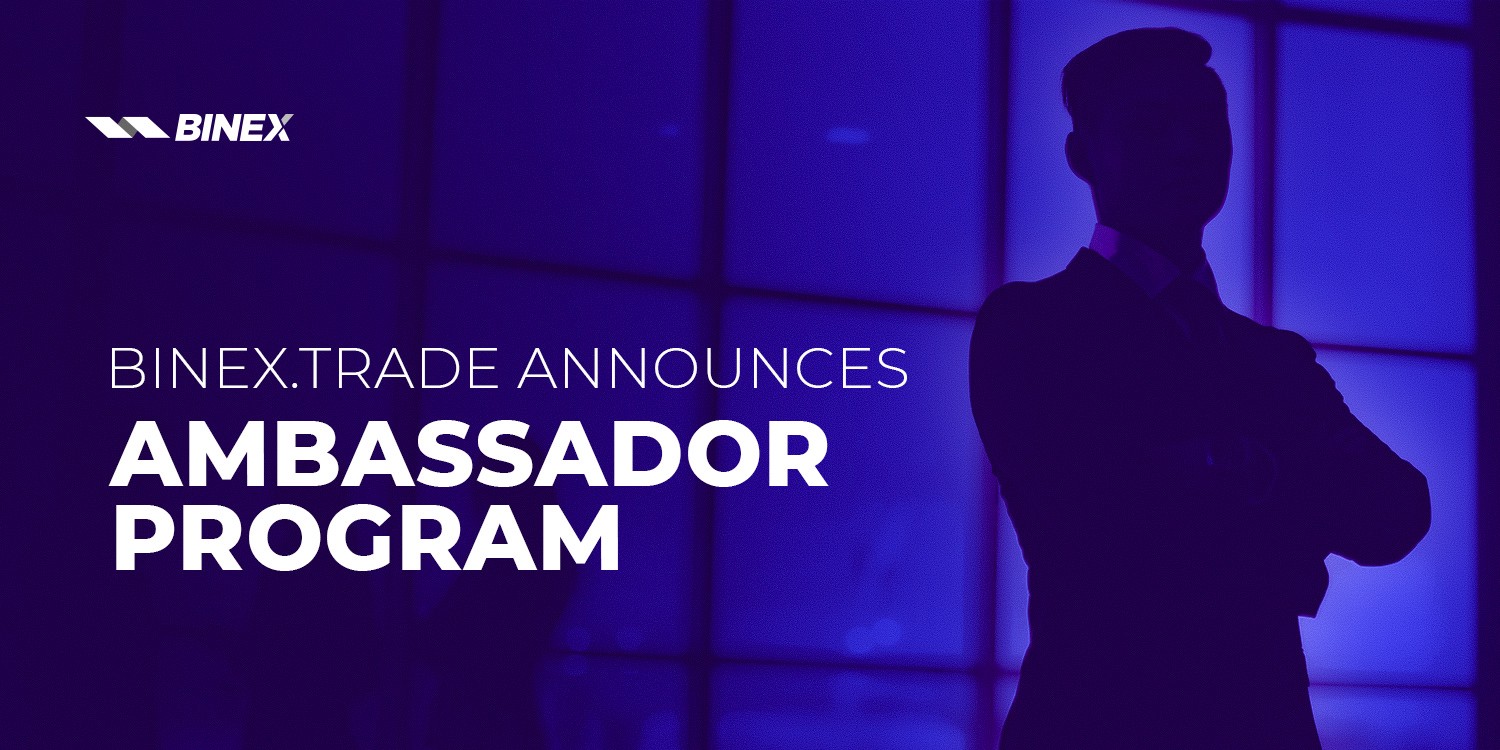 The ambassador programme will help enhance the exchange platforms community outreach, assuring that their members are thoroughly involved. The development will act as an extension of the platform’s overall vision of building a strong foundation in the cryptocurrency community - taking the lead for creating authentic and long-lasting relationships globally.

Additionally, BINEX.TRADE is expected to introduce numerous offers for registered users - being involved in t.me/binextrade on Telegram is the best way for them to stay up to date with the newest exchange related developments. Registering and signing up to BINEX.TRADE will automatically introduce users to the ambassador dashboard. Furthermore, the platform announced a novel giveaway, rewarded to users that achieve the most referrals within a specific time period (e.g. one week/one month).

The exchange platform is a space for immediate buying and selling of cryptocurrency, once viewed favourable for the user to sell or buy. This is one of the simple order types, with no control over prices received. Where there is no immediacy, the user can use limit order type, allowing them to have full control over the price the trade takes place, creating an advantage for the user to buy or sell cryptocurrency at no less than a specified price.

The cryptocurrency exchange aim to reinvent sharing economics with the combination of BEX tokens and decentralization, BINEX.TRADE will deliver profits to stakeholders from their daily trade revenue.

“The fact that crypto market cap is hitting $2 Trillion in 2018, makes us at BINEX.TRADE elated and hopeful about huge trade profits and active profit sharing with thousands of traders and investors around the world.” - BINEX.TRADE Whitepaper

The exchange platform has received expert reviews from a number of companies in the blockchain industry and collaborated with various media industries (listed below). With the overwhelming amount of support received, BINEX.TRADE’s new ambassador programme is expected to reach far past the milestone goal.


Disclaimer. This article is paid and provided by a third-party source and should not be viewed as an endorsement by CoinIdol. Readers should do their own research before investing funds in any company. CoinIdol shall not be responsible or liable, directly or indirectly, for any damage or loss caused or alleged to be caused by or in connection with the use of or reliance on any such content, goods or services mentioned in this article.