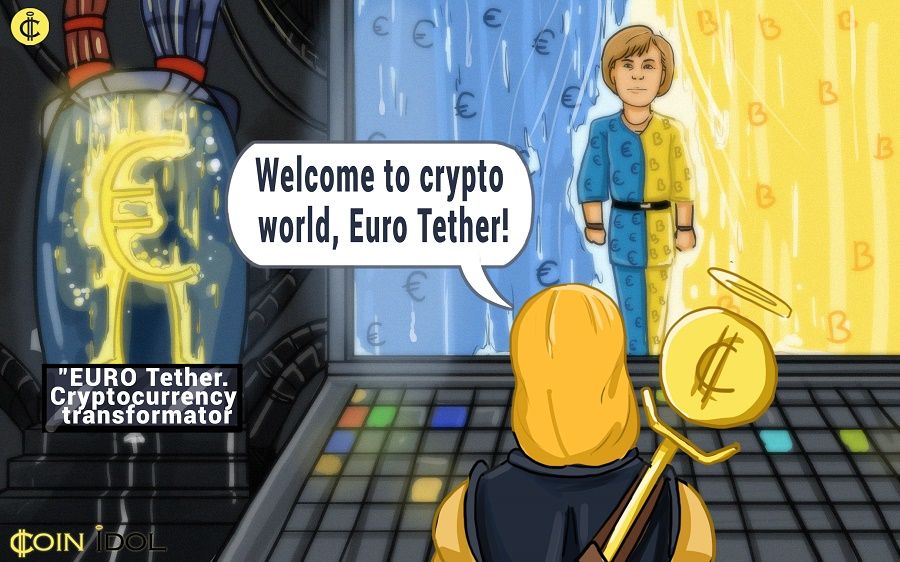 Tether announced the launch of a new crypto euro-coin EURT, issued on the Omni Layer protocol. The new decentralized coin allows the transfer of digital assets priced in USD into Euros cheaper over the Bitcoin Blockchain.

According to Tether, the platform introducing fiat currency to the Blockchain, EURT is fully backed by a banking trust in Taiwan on a 1:1 basis of deposits to coins issued. The new Tether Euro coin can be credited via SEPA transfers on OpenLedger, while Coinsbank will enable debit card payments for holders of Tether EURT. Moreover, EURT/USDT trades are available on OmniDex with liquidity of 0.05% of each trade.

“The Tether model is a very effective way to account for government issued fiat currency within the cryptocurrency world. It is easy to audit the quantity of Tether issued assets since it is secured on the Bitcoin Blockchain. It is also a realistic model compared to others like Bitshares BitUSD,” comments Daniel Dabek, founder of Safe Exchange to CoinIdol.com.

“USDT fulfills a role for speculators to easily transfer value into the US government issued Dollars or out of them and into crypto currency.
This introduction of EURT is great because it opens up the floor to a bigger marketplace beyond just only the United States Dollars.”

Ronny Boesing, CEO of CCEDK  and the the founder of the OpenLedger platform, mentioned that OpenLedger does not supply EUR against any EURT orders:

“It is based on People and their interest in buying EURT with EUR on the market on OpenLedger. So it all is based on market and demand. The only thing made available on OpenLedger is the transfer to and from as a currency”.

In 2015, Tether launched another digital US Dollar currency - USDT, whose supply has grown to over 6.6 Million USD.

“USDT is actually quite prominent. All USD on Bitfinex is actually Tether, as well as large markets on Poloniex and other exchanges. Originally Tether did launch with a EURO token but there was not enough demand for it, to keep it running. This shows that the EURO now has demand and there are use cases with that currency.”

“The only issue is the centralized requirement that Tether maintains the accounts appropriately at the issuer. Where the deposits to the accounts correspond with the existence of Tether tokens. Accountability is essential here, however, other businesses interested in introducing Government Fiat into their exchange and having a public account of those assets should look to the Tether model,” commented Daniel Dabek.