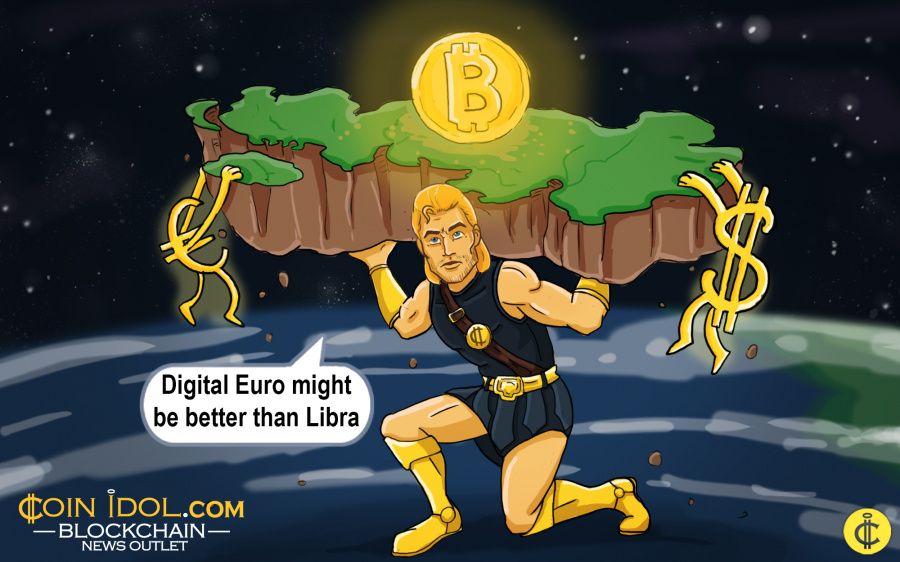 Germany's minister of finance has embraced the idea of developing the cryptocurrency and blockchain industry by creating a digital euro, however, this plan is against and a threat to private virtual currency initiatives such as the Telegram’s Gram, Facebook’s Libra Project and others.

While talking to  Wirtschafts Woche, one of the business magazines in the country, Minister Olaf Scholz revealed that he is very censorious and evaluative to Facebook’s cryptocurrency, that is expected to be publicly launched in Q1 of 2019.  The minister thinks it is better than Libra. Recently, the German cabinet unveiled blockchain tech strategy to improve the country’s economy.

On the other hand, a digital euro is going to transform Europe’s entire financial structure, for the most part following the fiscal globalization. The minister advised the government not to leave other giant countries such as China, USA, Russia and other private companies including Facebook, Telegram to issue cryptocurrency while Germany is just there watching.

Responding to what was earlier said by other European officials like Bruno Le Maire, minister of finance in France, who had earlier revealed that his government is going to bar Libra from operating in the country claiming that cryptocurrency would damage their own traditional banking systems and their fiat currency is going to lose its value, Olaf reasoned that the authority of issuing new currency should remain in the hands of the government not any other private entity.

There are some U.S. legislators who are agreeing with Maxine Waters, an American politician serving as the U.S. Representative for California's 43rd congressional district since 2013, who beforehand called for Facebook to suspend the roll out of its own digital asset Libra until the regulatory approval is officially established and received.

Even up to now, the House Committee on finance matters, is compelling Mark Zuckerberg, an American technology entrepreneur and philanthropist as well as a co-founder of Facebook, to appear before Congress so they can discuss about issues concerning Libra before the beginning of next year.

Recently, some of the members of the Libra Association such as Visa, PayPal, MasterCard, etc., declared their unwillingness to continue working with others as far as the development of the project is concerned. Some of the reasons as to why they slated to sign an agreement to remain in the association, is the too much criticism surrounding the initiative, especially when it comes to the regulation side.