Ethereum is Waiting for a New Upgrade, Constantinople is Coming Soon 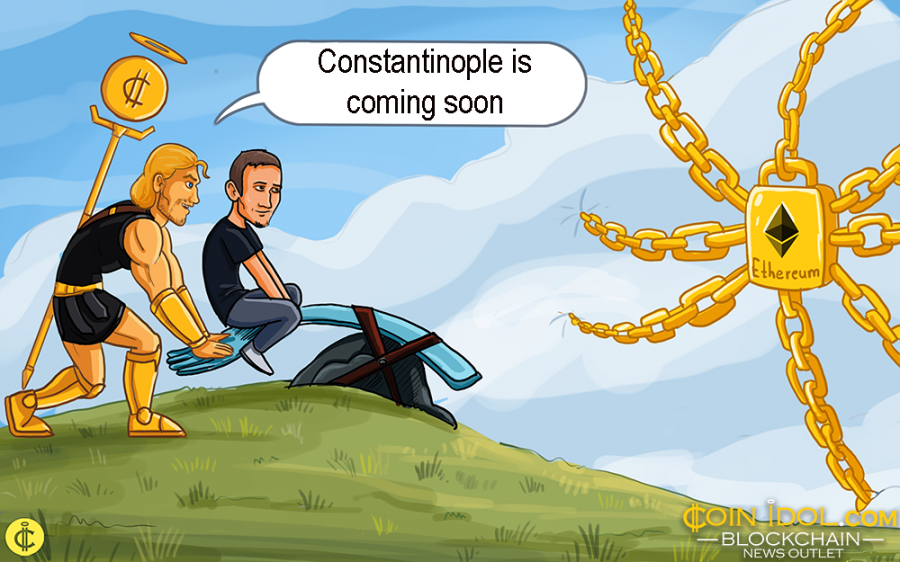 Another significant development for the Ethereum network is Constantinople, which is going to be implemented this January. This upgrade is also called “Ethereum 2.0” and the “New Ethereum”. The main aim of this fork is to improve the basic capacity of scaling within the framework of the network.

Constantinople is part of the release called Metropolis and it will be integrated into block #7080000. Developers have prepared three forks for the beginning of 2019, including Constantinople. Other two forks are “hard forks”, which will result in creating new cryptocurrencies, Classic Vision and Ethereum Nowa. Users are notified that Constantinople fork will take place between the 15-16th of January 2019.

Problems to be Solved

Scaling is considered the largest problem of blockchain platforms, as it has not enough power for commercial purpose use. Ethereum can process up to 30 transactions per minute, while Bitcoin only 3-7 per second. To compare, a standard non-crypto financial services provider Visa can do 24 thousand transactions per second with its VisaNet.

For Ethereum to be a successful digital currency, the coin must have liquidity and utility. People have to use ETH everyday and business companies accept it as a method of payment. However, one thing that stops businesses from using Ethereum is its slow speed. The problem with Ethereum’s network speed has been a limiting factor to DApp developers.

Ethereum 2.0 will include 5 major improvements concerning scaling, storing, and costing of the network. Moreover, it will also introduce “off-chain” transactions method. The upgrade will reduce the reward for block mining from 3 ETH to 2 ETH. Constantinople is going to move away from Proof-of-Work (PoW) to Proof-of-Stake (PoS). The shift will not be immediate in order to give miners enough time to start working with PoS.

In addition, the Ethereum upgrade will have a “Beacon Chain”, which is used to operate “sharding”. Sharding is a new revolutionary scaling solution. It will distribute the network load between independent groups of nodes called shards. Then the shards will redistribute the computing load of the network allowing it to scale.

While the security of the Ethereum network has been guaranteed by PoW, Constantinople will transfer this responsibility to “off-chain” solutions. With no consensus mechanism, PoS will need good faith among block validators, which can be ensured by locking a stake (a certain amount of ETH). This is regarded as a deposit of trust in the case if someone decides to cheat. The stake, which one trusted, will be lost under such circumstances.

There Will be no Rally

Cryptocurrency forks have truly become the topic of general gossip – every time one of the leading coins forks its protocol we can’t help but ask “how will it affect the price?”. Alena Nariniany, CEO Crypto-A, a marketing agency specializing on providing services for ICO projects and blockchain startups, has tried to make sense of this using the upcoming Ethereum fork as an example.

“Multiple ETH forks are scheduled for January 2019 that will result in users getting Classic Vision and Ethereum Nowa. It’s fairly obvious that most token holders will be stockpiling on ETH and holding it until the blockchain branches off into two separate entities… Thus the price on the coin should grow.
However, the upcoming fork (and any other) also carries potential negative consequences. These include uncertainty about commission fees in the light of the ever-growing competition; decrease in user trust towards the coin (think Bitcoin Cash conflict spurred by by Roger Ver); inorganic inflation in cryptocurrencies… Amid the negative comments pointed at ETH late 2018 in addition to both holder trust and its price tanking, suffice it to say that we’re unlikely to see ETH rally anytime soon. I think Ether does have some upside potential, however, it is very unlikely to grow manifold! I’m more interested in the news that block reward for ETH will decrease from 3 to 2 coins per block. In the long-term this will drive the price upwards as the inflow of new coins will be lower.”