The Entire History of Bitcoin 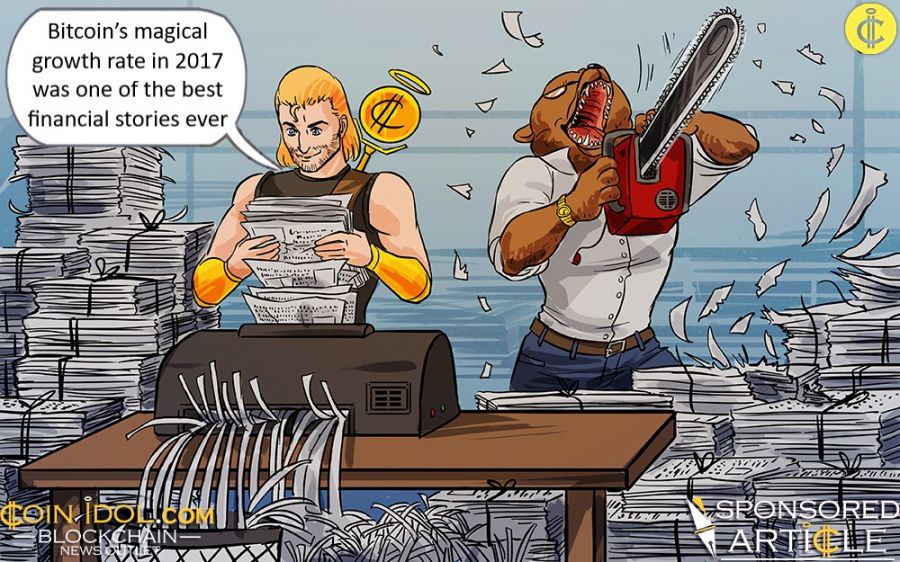 Bitcoin’s magical growth rate in 2017 was one of the best financial stories ever. From humble beginnings in 2009 to a price of $19,000, the cryptocurrency defied all odds. But in as much as bitcoin has become popular, its history is riddled with mysteries and tragic stories. The financial investment has created billionaires and made some poor.

Bitcoin was created in late 2008 by a person who used the pseudo-name Satoshi Nakamoto. The founder first registered a domain name for what would become bitcoin.org website. In October the same year, Satoshi published, “Bitcoin: A Peer-to-Peer Electronic Cash System." The white paper outlined the cryptocurrency's technical and financial details.

·       Bitcoin is a type of digital currency and a payment network

·       The payment network is decentralized and maintained by volunteer developers

·       The cryptocurrency has a limited supply of 21 million

View the coin’s details on this bitcoin infographic, created by playcasinoonline.net:

Hal Finney, a programmer, was the first person to receive bitcoins from Satoshi Nakamoto (received 10 bitcoins). He downloaded the bitcoin client the same day it was released. Other early adopters include Nick Szabo, who launched bit gold and Wei Dai, who created b-money.

After mining 1,000,000 bitcoins, Satoshi disappeared from the bitcoin scene. Gavin Andresen, who created the first bitcoin faucet, became the unofficial leader of the cryptocurrency.

Shortly after Gavin opened his faucet, something happened that has forever been used to benchmark bitcoin’s growth rate. In May 2010, an American programmed who had mined over 10,000 bitcoins decided to use them to buy pizza. He made an offer through a bitcoin forum to anyone who would accept his coins in exchange for 2 large pizzas.

A British businessman accepted the offer and arranged for two pizzas to be delivered by Papa John’s pizzeria. At the time, the 10,000 bitcoins were worth $30. At bitcoin’s highest price eight years later, the coins were worth over $84 million.

Within the same period, bitcoin suffered a major vulnerability and its only flaw to date. A bug on the blockchain caused bitcoins to be registered on the log without proper verification. Someone exploited the bug and generated more than 184 billion bitcoins. The mistake was remedied immediately and has never recurred.

2010 was a pivotal year for bitcoin. Just as Satoshi was exiting from the limelight, the cryptocurrency started becoming an industry. The infamous exchange, Mt.Gox started facilitating bitcoin transactions that year. Before then, Mt.Gox was a platform for trading “Magic,” a fantasy card game.

2011 was the year bitcoin’s price broke past $1 in value. All along, the cryptocurrency was trading for cents or fractions of a cent. Major magazines, including Time, started giving the monetary system attention.

On the dark side, news emerged that bitcoin was being used to settle drug settlements in the dark web. The cryptocurrency’s price lowered to $10 from a high of $30 in June. In the same month, Mt.Gox’s security problems began. More than $8.7 million was lost in the process.

Litecoin, a cryptocurrency meant to improve the bitcoin protocol, was founded later that year. While the altcoin did not immediately challenge bitcoin, it opened room for other cryptocurrencies.

The Rise of Bitcoin Millionaires

Between 2012 and 2013, bitcoin enjoyed a smooth growth. Bitcoin-related startups were launched. Billionaires and celebrities began to invest in the industry. By March 2013, bitcoin had a market cap of $1 billion.

Among the most famous bitcoin billionaires are the Winklevoss twins. Famous for suing Facebook and receiving $65 million in settlements, the twins' bitcoin investment was worth $1.3 billion as of 2017. They also own Gemini, the US-based crypto exchange. Chris Larsen, the founder of the ripple cryptocurrency, is the richest man in the industry.

After rising steadily for 2 years, bitcoin was hit by one of its biggest crashes in history. Mt.Gox, an exchange responsible for more than 70% of its transactions, collapsed. The coin’s value went down by more than 40% within hours. Its price corrected in the next few days but faith in the cryptocurrency was tainted.

Despite the fall in prices, major corporations began accepting bitcoin payments that year. Computer manufacturer Dell and retailer NewEgg were among the first to accept the cryptocurrency. Payment processors like BitPay became popular. Films and songs praising the technology surfaced on YouTube.

In 2015, bitcoin’s continued to grow in both price and population. Bitcoin mining, which refers to the process of validating transactions, became a huge industry on its own. Inspired by the high rise of bitcoin prices, users began to invest in bitcoin mining equipment.

By the end of 2015, more than 100,000 retailers were accepting bitcoin. More than 20 bitcoin exchanges were hacked and hundreds of millions of dollars lost in the process. At the same time, investments in the industry continued to soar. New cryptocurrencies were launched and bitcoin hit $1000 in price by January 2016.

Although bitcoin had not become mainstream yet, the cryptocurrency was receiving positive attention. Several articles showing the positive impact of bitcoin appeared in major news channels. Silicon Valley VCs and some banks showed interest in the cryptocurrency. By the end of 2017, bitcoin had risen by more than 1000% in 12 months.

With more than 10,000 bitcoin-related projects on Github, the cryptocurrency had surpassed everyone's expectations. Its price may have fallen in January but bitcoin’s dominance remains huge. Governments around the world have begun regulating bitcoin-related technologies. Bitcoin’s market capitalization is currently valued at $115.2 billion in September 2018.

Although dozens of bitcoin startups have fallen due to various reasons, thousands more have been launched. There more than 1000 bitcoin exchanges. Establishments that accept bitcoin for payment top 500,000 around the world. Some banks still hold a grudge against the new cryptocurrency but most of them are investing in the blockchain technology.