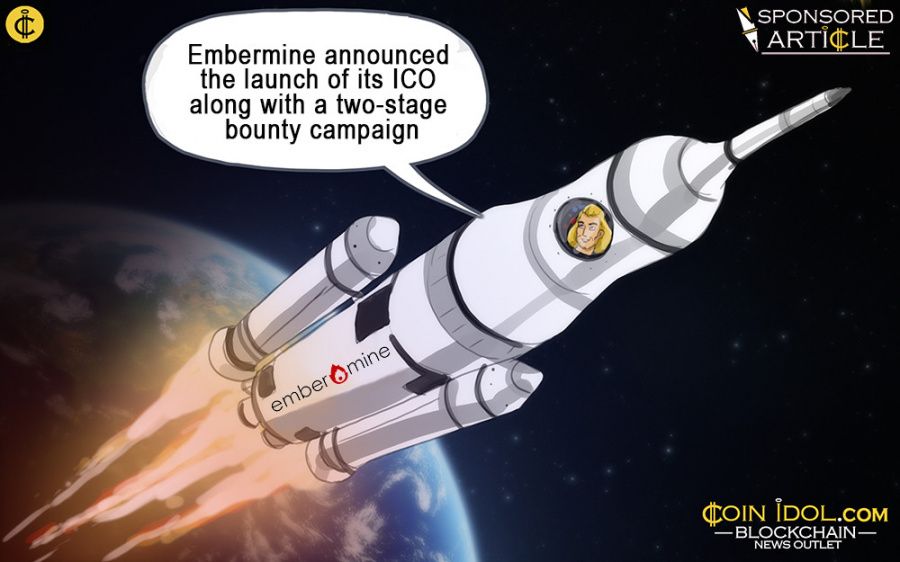 Embermine, the blockchain-based smart contracts platform has announced the launch of its ICO along with a two-stage bounty campaign. The ongoing crowdsale began earlier this month on May 5, 2017, and will go on until June 2, 2017. Through this ICO, Embermine offers an opportunity for cryptocurrency investors to become part of a revolutionary platform.

Embermine is a smart contract platform with built-in social network and project management capabilities. It also acts as a secure digital identity layer with self-managed privacy and trust controls. In addition, Embermine also serves as a digital rights management platform that helps define roles in a digital landscape. In other words, Embermine is essentially a fully realized operating system for any creative digital lifestyle.

Creators of Embermine consider the platform as a demystification gateway to the blockchain, smart contracts, and cryptocurrencies to the mainstream. The platform allows users to create smart contracts in simple steps, a feature that streamlines the efficiency of a blockchain-based platform. The platform is developed with the aim of making it possible for everyday crypto-enthusiast to understand its design and the underlying technology. Such an approach will allow users of different levels of technical expertise to experience the potential of blockchain technology and its practical uses in the mainstream environment, first hand. 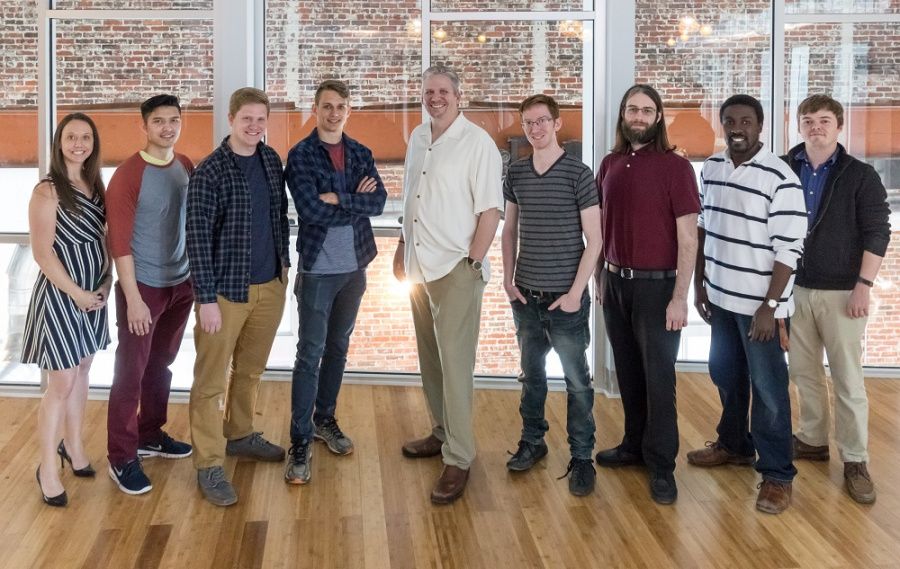 “In order for blockchain to take the next step in its evolution, it needs to stop being theoretical and begin being practical to the mainstream. Not everyone has interest in market speculation. Not everyone has a desire to understand the science or technical details or advancements. And fewer still want to make their lives more complicated by introducing philosophical debates about block size and transaction latency. They want to create. They want to accomplish a dream. They want to get paid. They want to eat. They want to live.
Embermine is an attempt to show people how these technologies can help them to Live better. To live in a world where the technology that surrounds them can be individually accessed, controlled, and utilized to provide them with direct, personal advantages.”

The platform already has plans to create different community-based marketing opportunities which will be focused more on the actual platform and each user’s role and interaction within the platform.

Embermine’s EMB token crowdsale began on May 5th, 2017, at 5 PM UTC and will finish on June 2nd, 2017, at the same time. The platform has set a minimum funding goal of 200 BTC, with a cap of 4000 BTC. Embermine encourages interested parties to closely follow the developments and seek any clarifications on the company’s website, Slack and Telegram channels. 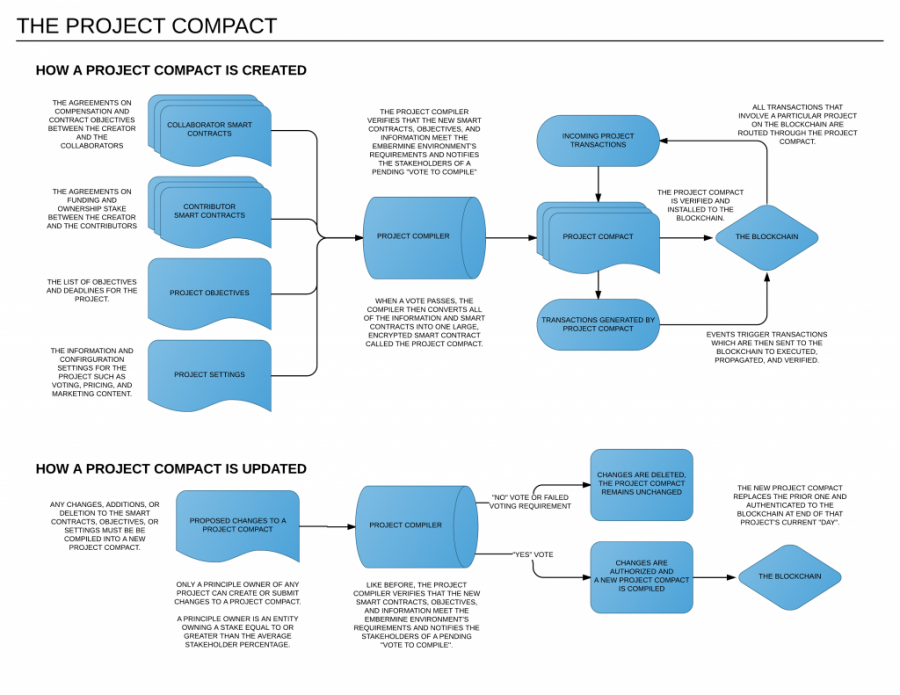 Embermine has broken down its bounty campaign into two distinct phases. The first phase, Marketing Bounty program is currently underway, set to conclude along with the ongoing ICO campaign. Phase two will begin the day after the end of crowdsale and continue till the Marketing Bounty Pool is exhausted.

The Marketing Program's bounty pool is derived from the 5% of the EMB tokens that are generated during the Token Sale. Each phase will receive 50% of the total allotted tokens for the bounty program, which will be given out to the participants. The exact number of coins for the program will be known only after the finalization of crowdsale. Until then, each user will accumulate points for their participation in the bounty program. Once the tokens are generated, the platform will distribute bounty rewards in EMB tokens, proportional to their points.

For example, if a user collects 500 points and all users generated 5000 points, that individual would receive 10% of the total tokens allocated for Phase One. In Phase Two the exact number of available tokens will be known, so all users will directly receive the EMB tokens as reward based on their contributions to the platform. The Marketing Bounty campaign will continue until the platform distributes all the allocated tokens.

The Embermine initiative is already popular among many cryptocurrency community members, leading to increased participation in the ICO and bounty programs. Those interested in becoming part of the platform’s initiative can do so by contributing to the crowdsale and/or bounty programs.