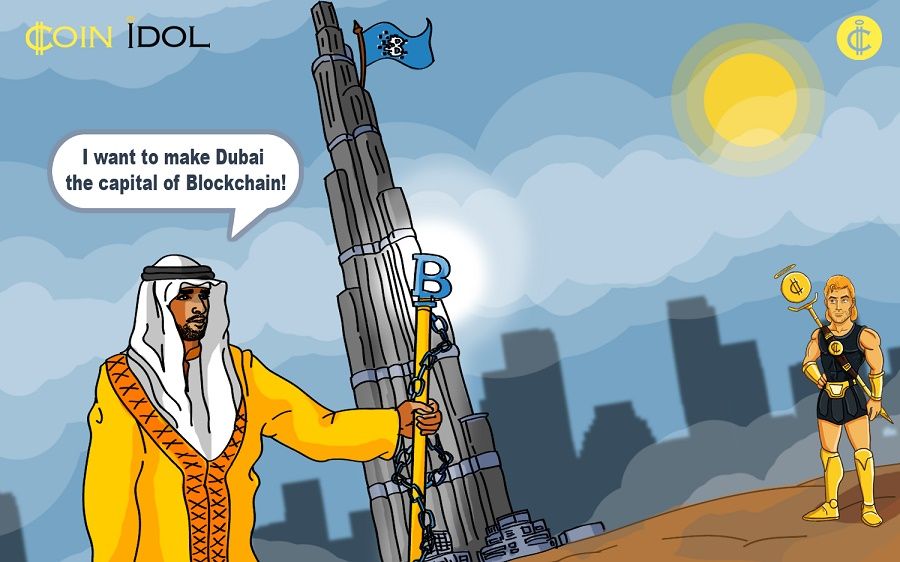 The capital of modern engineering wonders in UAE announced the launch a new program "Dubai Future Accelerators" as part of the Dubai Future Agenda.

According to the official announcement, the new center will focus on the challenges of the 21st  century, including “the application of cutting-edge technologies such as Artificial Intelligence and robotics, genomics, 3D printing, distributed ledgers, biomimicry and biotechnology, as well as new business models and ways of working”.

The Dubai Future Accelerators project is launched by the government and the Crown Prince of Dubai, His Highness Sheikh Hamdan bin Mohammed bin Rashid al Maktoum.

Today, Dubai aims to transform the UAE into the global capital for creating and exploring the future. This project, along with other initiatives of the Dubai Future Agenda, like the Global Blockchain Council launched in the beginning of 2016 may become key to this mission.

“The right application of blockchain technology, which is expected to have a market value of $290 Billion by 2019, will contribute massively in elevating the level of smart services provided to citizens from cost, time and efficiency perspectives,” said Mohammed Al Gergawi, Vice-Chairman and Managing Director of Dubai Future Foundation, after the launch of the Global Blockchain Council.

Jan Skoyles, the Head of Marketing at Coinsilium Group, the first listed blockchain-focused company, who also lives in Dubai, UAE, commented to the CoinIdol.com:

“Following the launch of the Global Blockchain Council earlier this year, there have been some very interesting and exciting announcements regarding the technological future of Dubai. The launch of the Dubai Futures Accelerators is good to see as it shows the government and other supporters of the program recognise that all of these leading technologies must be supported together and not in separate initiatives. There is a very strong focus here on the happiness and life quality of citizens, I have no doubt that the future applications of these technologies will play a huge part in this and so such support is a further demonstration of the commitment to this goal and the ongoing prosperity of the region.”

However, Simon Dixon, CEO of BnkToTheFuture.com and Bitcoin expert, has another opinion of the Blockchain initiatives in Dubai:

"I spent some time in Dubai and had some time to explore all their Blockchain initiatives. They showcased about 6 Blockchain initiatives that the government is looking to support. One of our portfolio companies, Loyyal, is working with the Dubai government on a tourist loyalty points scheme build using Blockchain technology. They have invested in building a proof of concept and have said they have strong ambitions to see how Blockchain can impact Dubai - a country that has built a reputation for wanting to do everything bigger and better than other countries. It is always encouraging to see, although I remain skeptical about countries making big promises for what they can do with Blockchain without mentioning the elephant in the room - Bitcoin is still the only highly secure Blockchain that works!"